I have some incredible news to share - yesterday I went door-to-door in Cincinnati and knocked on the door of the millionth voter we've contacted this year! Since May 1st, our volunteers and interns have contacted 1,000,000 targeted voters through our grassroots door-to-door and phone programs. This is unprecedented for the year before an election - and only possible because we have the best and hardest working volunteers in the country!

We are working hard because we know we are going to face a tough election next year. National Democrats have said that the road to the White House and the Senate Majority runs through Ohio. Hillary and Bill Clinton have endorsed one candidate in the country - my opponent, Ted Strickland. That’s why national Democrats have spent over $1 million attacking me on TV across Ohio. 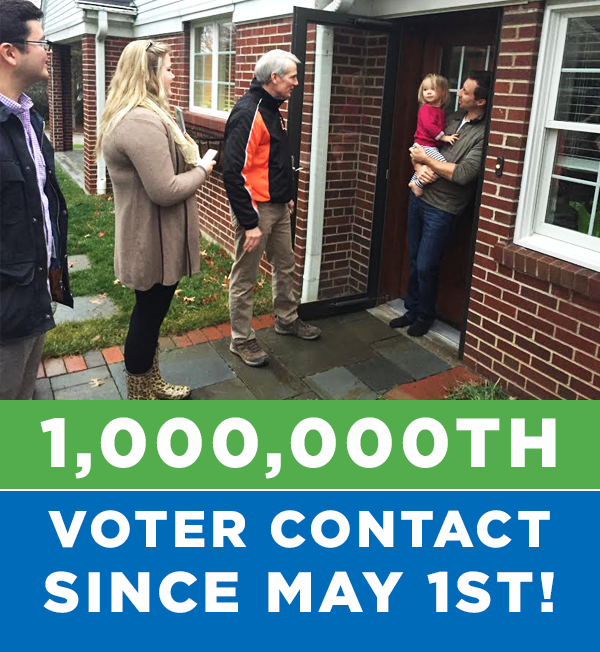 This election is about reasserting American leadership and our role in the world to protect America at a dangerous time. It is about restoring the American Dream at home - for all Ohioans - through common sense conservative policies that will create more and better paying jobs for Ohio families. It is about bringing back opportunity and the hopefulness that has always characterized Ohio.

Jane and I are grateful for your friendship, support, and prayers. It's a great privilege to serve Ohio as your U.S. Senator and an honor to have your help in this crucial election.