COLUMBUS, Ohio – While Ted Strickland was not seen in public this weekend, Rob made his way all over Ohio. Particularly, the Portman for Senate campaign kicked off its “Moving Ohio Forward” Summer RV Tour - which will make 50 stops across 30 counties and cover over 3,500 miles - with a successful Super Saturday, a tailgate before the Akron RubberDucks baseball game, the opening of a new campaign office in Mayfield Heights, and a visit to Cleveland's Little Italy.

Saturday's day of grassroots action resulted in 107,906 voter contacts through the campaign's door-to-door and phone programs with the help of over 1,500 volunteers. Since May of last year, the campaign has contacted more than 3.2 million targeted voters. While Rob and Jane traveled the state this weekend - making stops in Cincinnati, Dayton, Columbus, Lima, Toledo, Akron, and Cleveland - the summer RV tour continues today with more stops in Akron. Over the next two weeks, the tour will include stops with members of our campaign's seven coalitions, union members who recently endorsed Rob, and thousands of volunteers who all agree Ohio can't afford to go back to the days of Ted Strickland's Ohio.

Photos from the weekend: 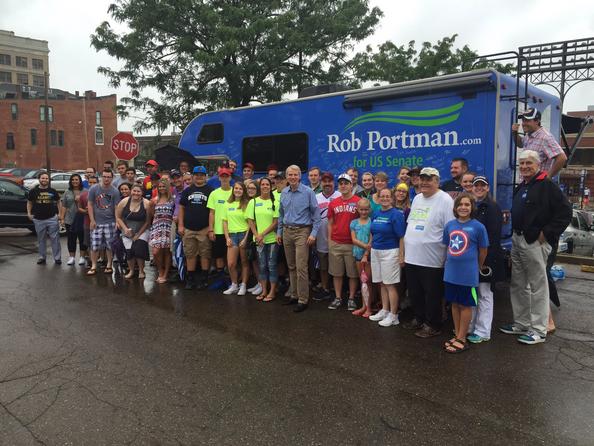 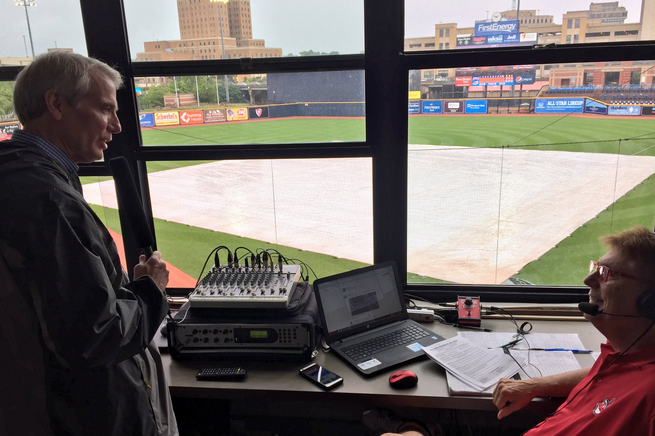 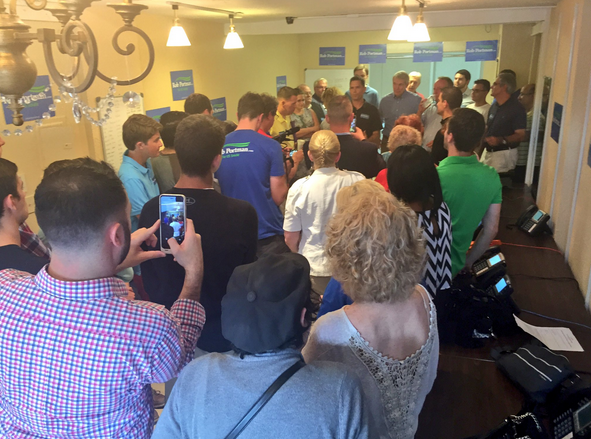 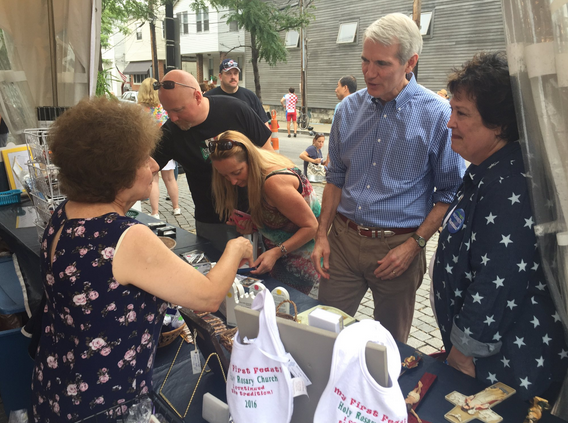 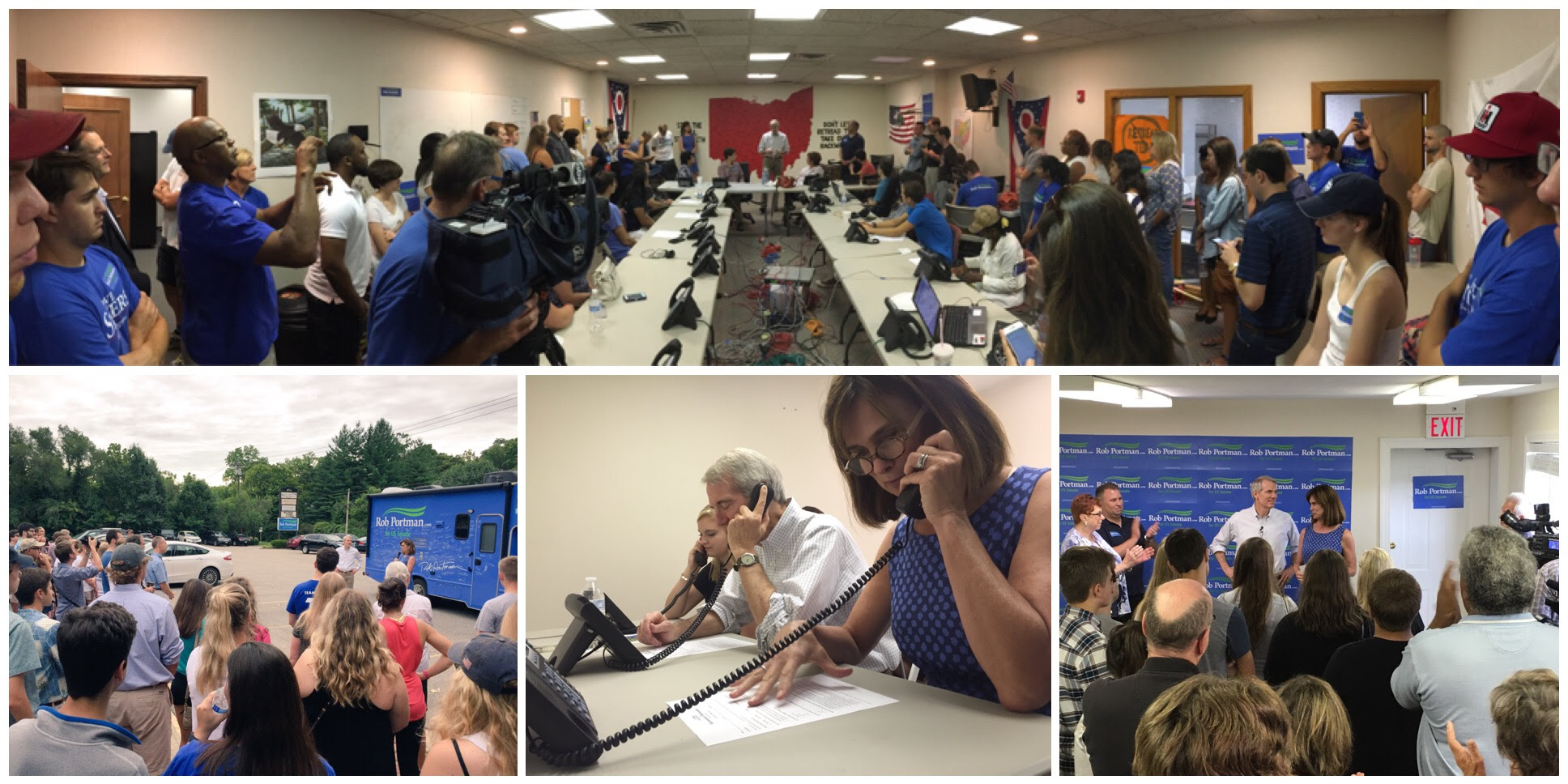 Here is what they had to say:
AP: Sen. Rob Portman kicks off 2-week campaign tour of the state
Ohio's Republican Senator is hitting the road in an RV for a 50-stop tour of the state over the next two weeks.

Rob Portman and his wife Jane will launch the tour from near their suburban Cincinnati home with stops on the first day planned in Dayton, Columbus and Toledo.

The campaign says the tour will take him into 30 counties.

The one-term senator appeared at his Toledo campaign office on Monroe Street to end a whirlwind day that began 244 miles away in Terrace Park in suburban Cincinnati.

Mr. Portman made four stops on his “Moving Ohio Forward” RV tour, which will make 50 stops across 30 counties and total more than 3,500 miles over two weeks. He said the topics Ohioans have the most questions about are the economy, health care, foreign policy, and the opioid epidemic.

“I feel really good about the campaign because of our grass-roots support,” Mr. Portman said. “I’m hearing a lot of enthusiasm and energy about our campaign.”

WDTN: Portman’s Moving Ohio Forward RV tour made campaign stop in Dayton
Senator Rob Portman made a campaign stop in the Miami Valley.  Saturday, Portman kicked off an RV tour across the state.

The tour began near his home town in the Cincinnati suburb of Terrace Park.  The tour continued north making his second stop of the day in Centerville.

The “Moving Ohio Forward” RV tour rolled into town Saturday with an appreciation lunch for campaign volunteers. The tour will make 50 stops and cover more than 3500 miles across the state.

The grassroots campaign will visit with members of labor unions that have endorsed Portman and campaign volunteers to see what’s important to them before parking on August 26th.

Columbus Dispatch:Data gathering puts Portman, Strickland campaigns very in touch with Ohio voters
For example: Portman’s campaign this weekend hosted a “Super Saturday” event aimed at targeting voters. When campaign volunteers knocked on doors, they asked a series of questions to help the campaign determine how best to connect with that voter. All of that information will get logged into iPads or iPhones so that the database of voters and their interests are continuously updated in real time.

But they didn’t go into those conversations blindly. Instead, they first gleaned information about the voter through predictive modeling done by I360, a Herndon, Virginia-based company that does data analytics using information on everything from voter rolls to internet shopping information.