COLUMBUS, Ohio – Yesterday, while Ted Strickland did not make a public appearance, Rob and Governor John Kasich hit the campaign trail making stops in Dayton and Columbus to meet with Portman for Senate volunteers and interns as part of Rob's “Moving Ohio Forward” Summer RV Tour - which will make 50 stops across 30 counties and cover over 3,500 miles. Over the next two weeks, the tour will make stops with members of our campaign's seven coalitions, union members who recently endorsed Rob, and thousands of volunteers who all agree Ohio can't afford to go back to the days of Ted Strickland's Ohio. You may click HERE or on the video below to watch a recap of Day 6 of Rob's "Moving Ohio Forward" Summer RV Tour. 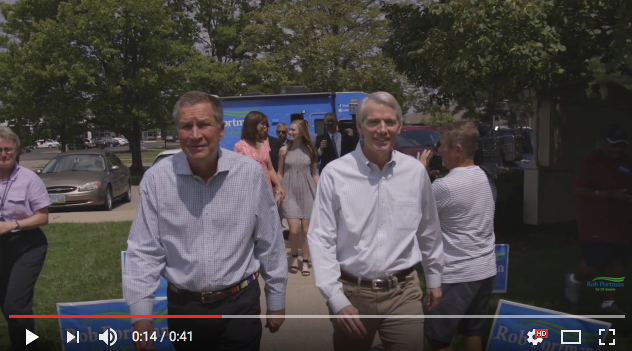 Cleveland.com: Rob Portman, John Kasich help each other out on the campaign trail

WDTN: Hoping to hook voters, Senator Rob Portman arrived with Ohio Governor John Kasich Thursday as part of a 2-week RV tour throughout the state. 50 stops and 50 opportunities to spread their message about improving the state’s economy. “A lot of people are seeing flat wages and higher expenses,” Portman said. “The middle class squeeze is very really in this state. I hear about it everywhere I go.” Portman’s message is resonating with some young people, like Rachel Farmer, who’s concerned about the nation’s trillions in debt. 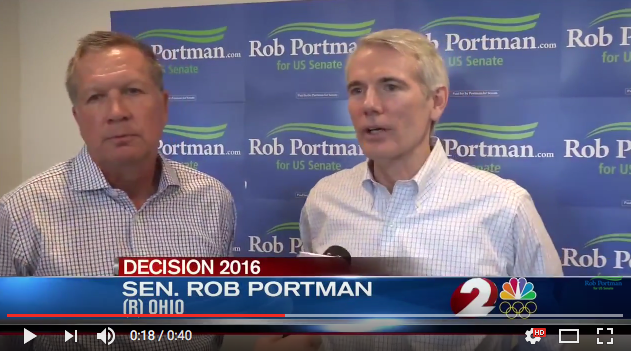 Dayton Daily News: Strickland was portrayed by Kasich and Portman as a failed governor who oversaw a decline in jobs and left the state with an $8 billion projected budget deficit and a nearly drained rainy day fund.

Columbus Dispatch: Portman is counting on Kasich to continue to rally to his side as he defends his seat against the Democrat who Kasich dumped from office in 2010 -- former Gov. Ted Strickland.

Gongwer: There is no doubt, though, that Sen. Portman will win with how organized his campaign is, Gov. Kasich said. From the Columbus campaign office they visited on Tuesday, volunteers have reached out to 700,000 Ohioans over the last year between phone calls and door knocking, Sen. Portman said. In all, his campaign has reached out to 3.3 million Ohioans so far. The senator is energizing volunteers at campaign headquarters across the state during a two­-week bus tour to visit 30 counties that he's currently in the midst of.

WBNS: Portman is Picking Up Endorsements, Campaigns with Governor Kasich 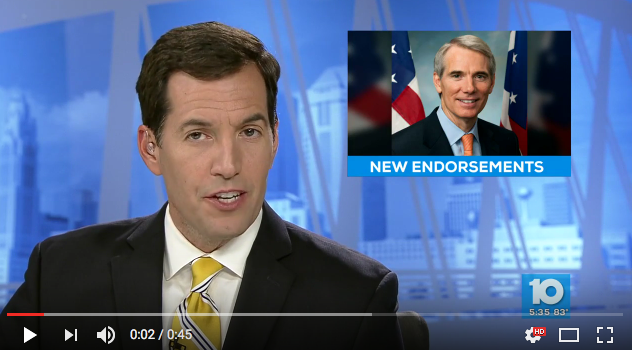 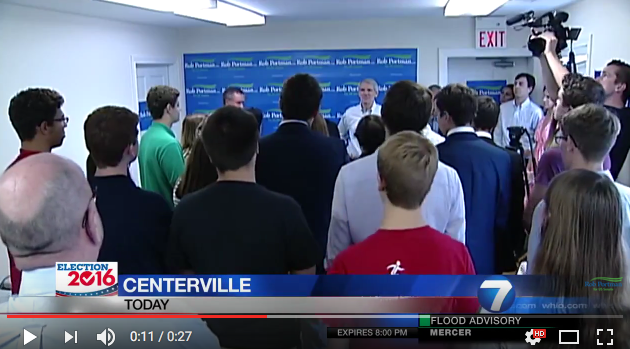 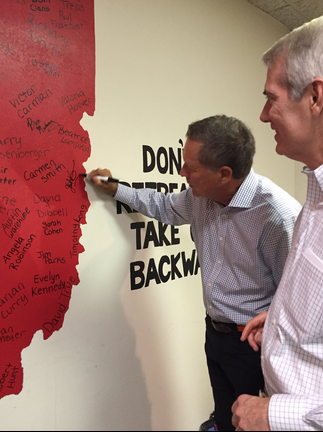 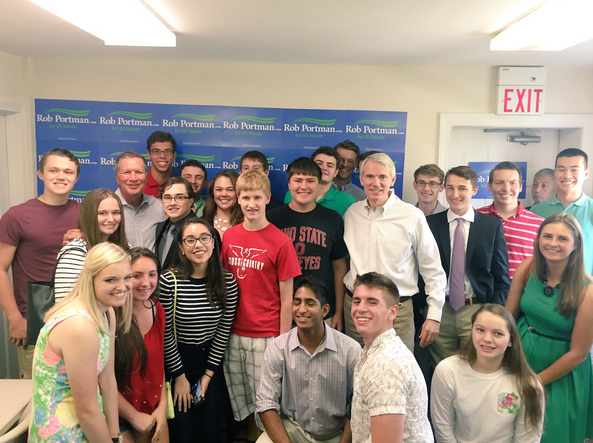 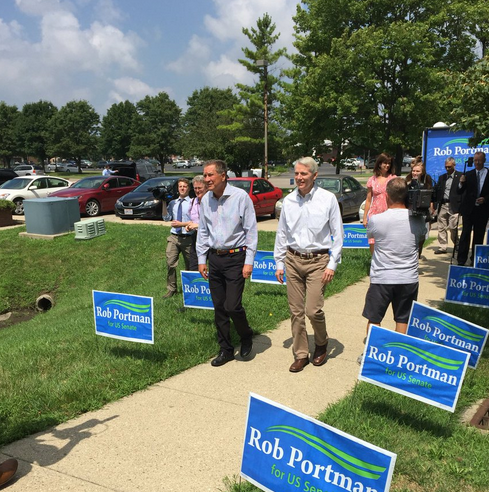 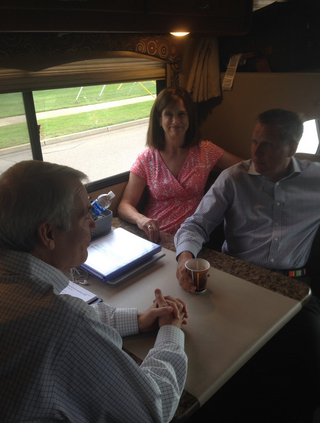 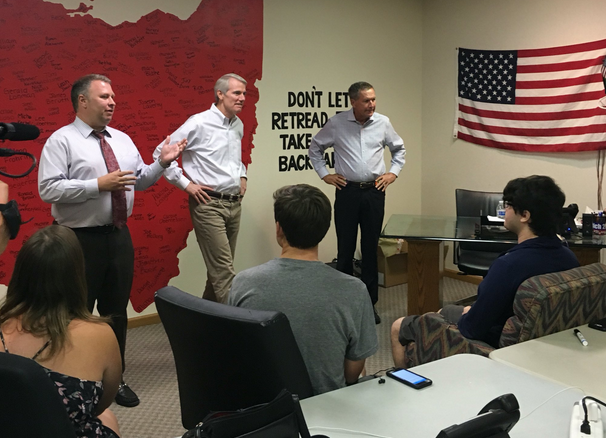