COLUMBUS, Ohio – While Ted Strickland faced another editorial criticizing him for his extremely insensitive remarks regarding Justice Scalia's death, Rob made his way from Butler County to Dayton and Maplewood as part of his “Moving Ohio Forward” Summer RV Tour - which will make 50 stops across 30 counties and cover over 3,500 miles. Over the next two weeks, the tour will make stops with members of our campaign's seven coalitions, union members who recently endorsed Rob, and thousands of volunteers who all agree Ohio can't afford to go back to the days of Ted Strickland's Ohio.

Among Rob's stops yesterday were an office opening in Butler County, a Shelby County GOP picnic in Maplewood, and a visit in Dayton with members from the International Union of Operating Engineers (IUOE) Local 18. In July, the IUOE - representing over 15,000 members from across Ohio - endorsed Rob’s re-election to the U.S. Senate.

For those keeping track, this is the fourth union to endorse Rob as he was recently endorsed by the United Mine Workers, the Ohio Conference of Teamsters – representing over 50,000 members from across Ohio – and the FOP of Ohio – the state's largest law enforcement union representing more than 25,000 members. Each of these unions - representing more than 100,000 workers - analyzed the records of the two candidates in this race and concluded that Rob is the only candidate they can trust to fight for Ohio workers and families. It's important to note that each of these unions previously endorsed Ted Strickland.

Portman's visit was the start to a 35-county campaign tour. Although he's ahead in the polls, Portman is leaving nothing to chance as he seeks a second term...

"I take this very seriously because it's so important. The stakes are so high," Portman said Tuesday in West Chester. "As I said, it's high for what's going to happen for our future. It's also high because the majority in the United States Senate may well hinge on Ohio."

Portman is on a two-week tour of the state in an RV and on Saturday was in the county visiting volunteers at his campaign office in Washington Twp...

IIUOE Local 18 is one of four unions that endorsed Portman after previously endorsing Strickland in other campaigns. Portman has also been endorsed by the Ohio Conference of Teamsters, the United Mine Workers of America and the Ohio Fraternal Order of Police.

Portman said he believes the four unions endorsed him because of his record of accomplishment.

“We’ve got a plan to grow jobs and for the last six years we’ve done just that,” Portman said.

Mark Totman, vice president and legislative director for Local 18 said the heavy equipment operators the union represents have had more work under Republican leadership in Ohio than during Strickland’s term as governor in 2007-2010.

U.S. Senator Rob Portman made a stop by Five on 2 Tuesday while on his “Moving Ohio Forward” RV tour.

This, amid his highly-viewed race against former Ohio Governor Ted Strickland for a seat in the U.S. Senate. 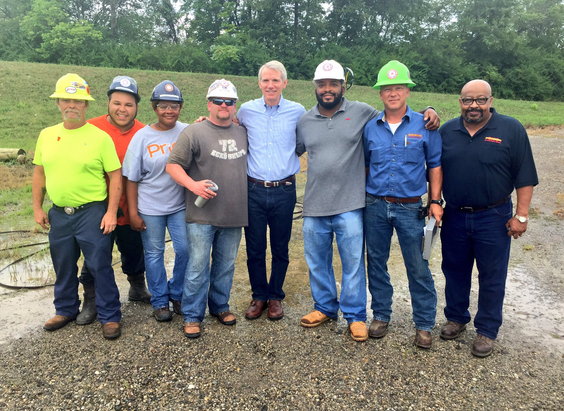 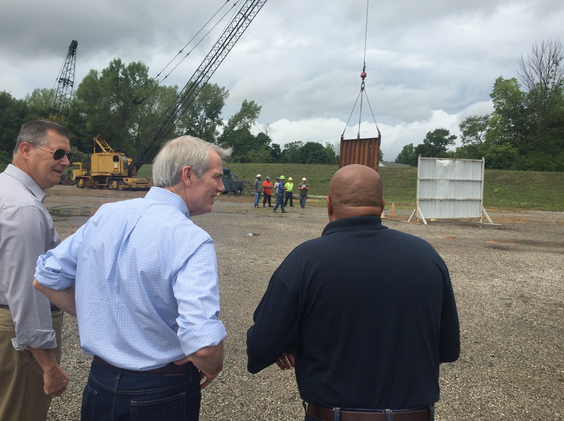 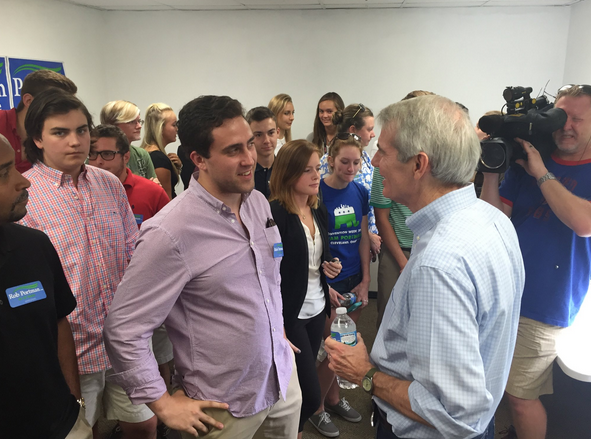