COLUMBUS, Ohio – Yesterday, while Ted Strickland continued his desperate effort to reset his failing campaign, Rob and Senator Shelley Moore Capito (R-WV) hit the campaign trail in parts of Ted Strickland's former Congressional district. The two began their day in Bergholz touring Rosebud Mine and meeting with mine workers. As you may recall, in June, the Portman for Senate Campaign announced that the United Mine Workers of America endorsed Rob for re-election to the U.S. Senate. The Mine Workers endorsement was an important recognition of Rob's leadership protecting Ohio’s coal jobs, and was considered a major "political blow" to Ted Strickland who was endorsed by the union in 2006 and 2010 while running for Governor.

Following the mine visit, Rob and Senator Capito continued on to Hanoverton for a luncheon with fellow Republicans and then to Gregory Industries - a guardrail manufacturer in Canton - for a roundtable with members of Rob's Small Business Coalition, which is spearheaded by Matt Gregory. On Monday, the Portman for Senate Campaign released its latest TV ad, "Gregory Industries," highlighting Rob's focus on delivering results for Ohio workers and families. In 2011, Gregory Industries faced possible closure when a competitor hired a lobbyist to effectively eliminate their product through language in federal legislation. Rob stepped in and led the charge to save the company's 125 jobs. Following the tour, Rob and Senator Capito finished their day at a GOP dinner in Summit County.

Here is what they had to say about Rob and Senator Capito's visits to parts of Ted Strickland's former Congressional district: 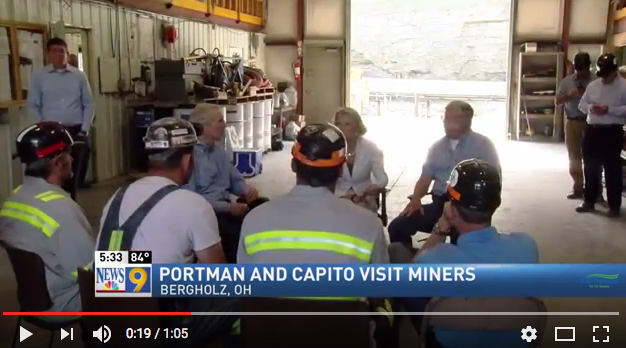 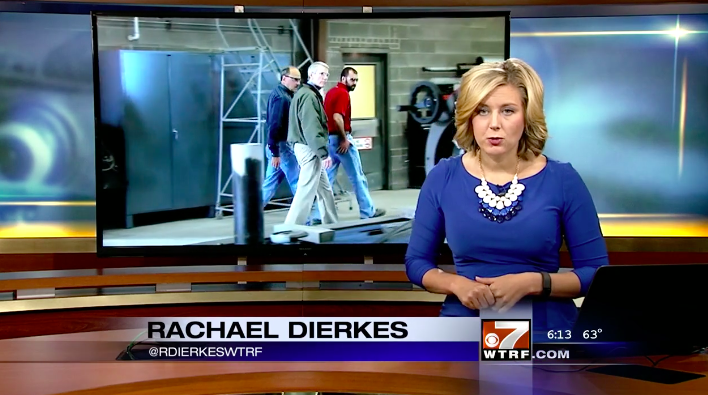 
Sen. Rob Portman outlined his thoughts on coal, miners’ jobs, jobs in general and the plight of families in the local region during a stop at the Rosebud Bergholz Mine Wednesday morning.

Portman, R-Ohio, was joined by Sen. Shelley Moore Capito, R-W.Va., who said she supports Portman in his bid against former governor and congressman, Democrat Ted Strickland.

Portman cited a decline in coal industry jobs during the Obama administration, from nearly 200,000 nationwide to about 60,000 now.

Salem News: US senator stumps in area with colleague

Capito is on the energy and natural resources committee along with Portman and one of her biggest concerns is coal jobs. Portamn, who agrees in the importance of coal jobs in eastern Ohio, spoke Wednesday afternoon at the Spread Eagle Tavern here before a group of local Republican supporters and officeholders…

Portman pointed out his opponent, Ted Strickland, had a chance to take care of Ohio as both a congressman and governor, but when he left office as governor the state had lost 350,000 jobs and was 48th in the country in job creation. He also talked about Strickland's next job, which was with a company lobbying against the coal industry…

While electricity rates continue to increase, further squeezing the middle class, Portman said, the current administration, Strickland and Hillary Clinton if elected are among those in favor of "putting up road blocks" to keep the country, including places in eastern Ohio, from taking advantage of all the natural resources here, including coal and natural gas…

By contrast, Portman said he is in favor of giving tax advantages to those companies burning coal cleanly, which will support more higher paying jobs in the area. He wants to support companies finding ways to reclaim more oil and natural gas from the region, instead of trying to stop the fracking and coal industries like Clinton…

As part of their day in eastern Ohio, Portman and Capito had also toured a mine in Jefferson County earlier in the day, where they spoke to coal miners concerned about the industry and the regulations being placed on it forcing mines to close…

Another big concern Portman touched was his fight during the past three years to get legislation passed to help heroin and other prescription drug addicts get the help they need. Portman said it was difficult, but the bipartisan bill, the Comprehensive Addiction and Recovery Act, was passed this summer in the Senate by a vote of 94-1…

Portman talked about how so many communities, including his hometown of Cincinnati, are watching alarming increases in the number of overdoses in Ohio and said this bill focuses on getting people with addictions into long-term treatment and recovery programs.

..."And he [Rob Portman] saved our jobs," Sherban said. "I'm forever grateful. There's no way to thank him. I have a job because he did his job."

...Portman is seeking his second term in the Senate after being elected in 2010. Challenging him is Democrat Ted Strickland, former governor and congressman. Polls indicate that Portman is maintaining a lead in the race.

Since Aug. 13, Portman has been conducting a "Moving Ohio Forward" summer RV tour. The plan is to travel 3,500 miles and make 50 stops in 30 Ohio counties before Saturday.

He was joined Wednesday by Sen. Shelley Moore Capito, R-W.Va. They spent the morning at Rosebud Mining Co.'s Bergholz 7 mine in Jefferson County and met with employees. After lunch in Hanoverton at the Spread Eagle Tavern, Portman's RV tour headed to Canton.

Portman has made multiple visits to Gregory after helping the company in 2011, shortly after taking office.

When Gregory managers learned a federal highway bill contained language specifying a treatment process for steel used in guardrails, they began calling Congress for help. Had the language been passed along with the bill, 95 percent of Gregory's product would have been banned from federal projects because it isn't made using the specified process.

Portman's staff responded first, and Portman crafted an amendment to remove the restrictive sentence. The change was co-sponsored by 15 other senators, including Sen. Sherrod Brown, D-Cleveland.

"He helped us and we want to help him," Matt Gregory said following the visit... 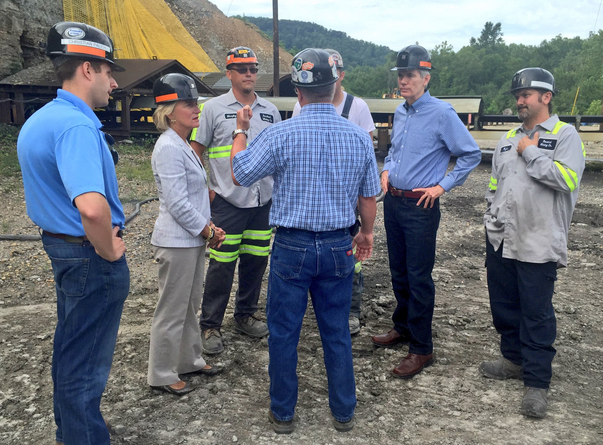 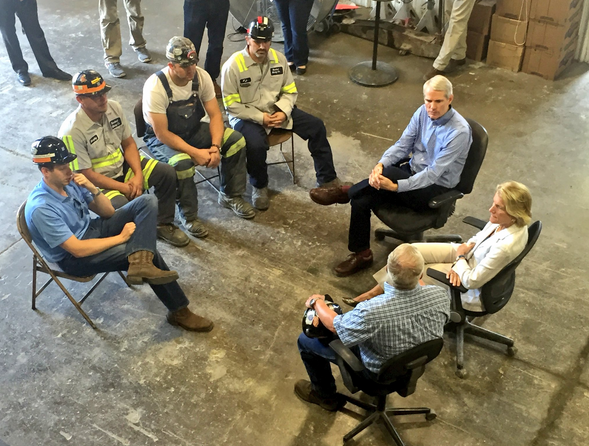 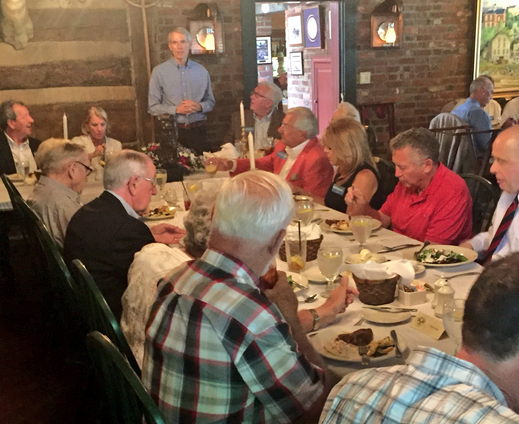 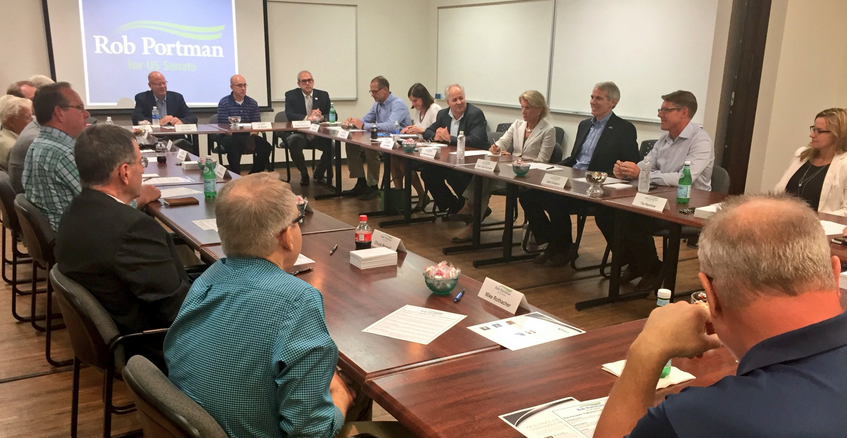 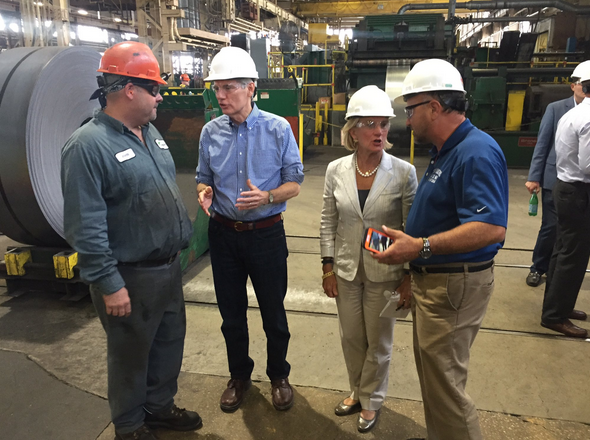