Students for Portman Will Pass Out 125,000 Flyers Today

Over a year ago, the Portman for Senate campaign launched "Students for Portman" which has grown to over 30 college campuses and across 200 high schools. These students have powered our grassroots effort which recently surpassed 5.3 million voter contacts.

Flyer (front and back): 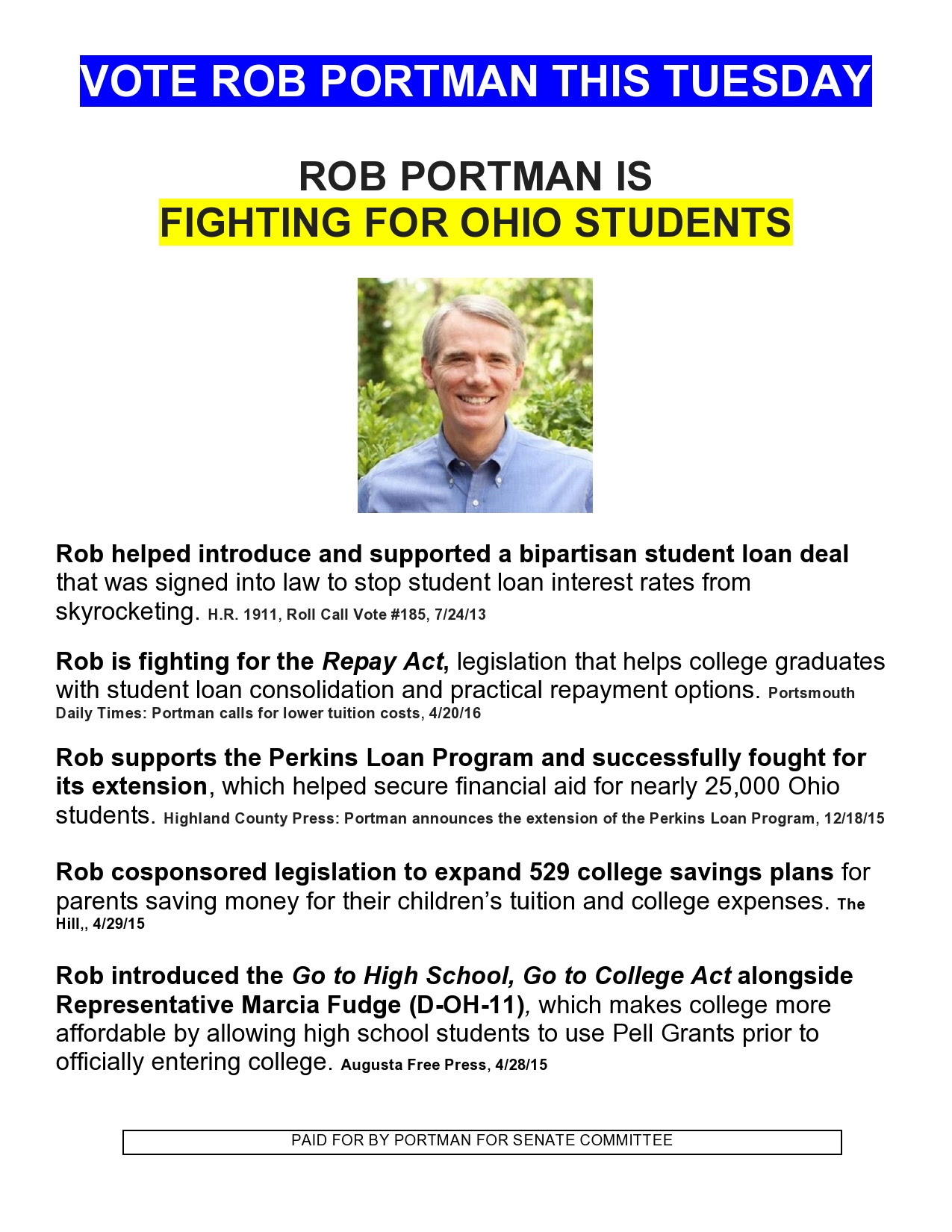 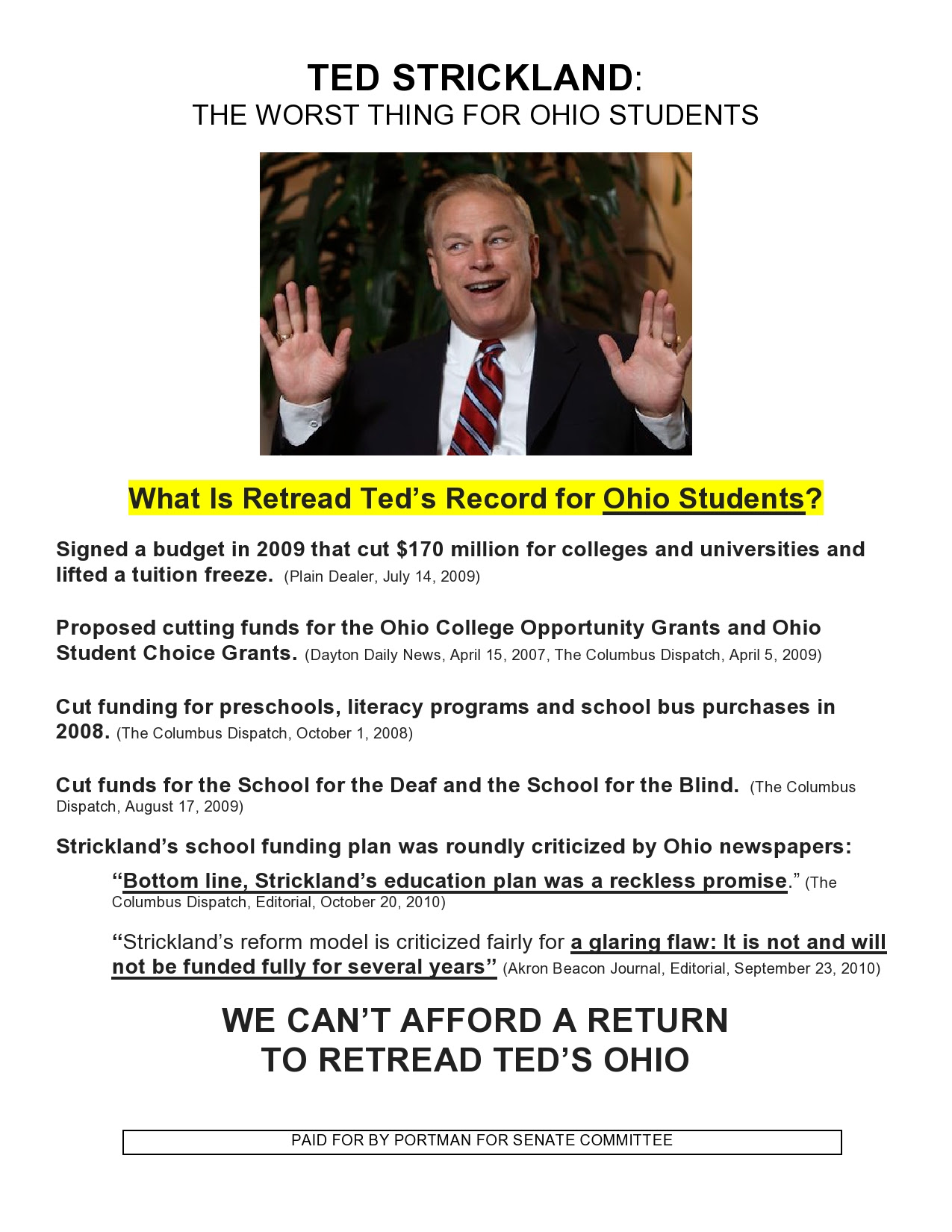 Last month, the campaign announced it surpassed 5 million targeted voter contacts, in large part thanks to the Students for Portman members. Since May of last year, thousands of volunteers and interns have knocked on doors and made phone calls – including to 161,492 during our last Super Saturday – talking to voters about the issues they care most about and why Rob is the best choice in the race for Ohio’s U.S. Senate seat. 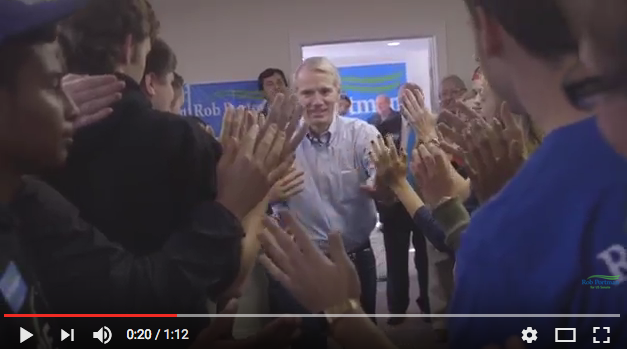 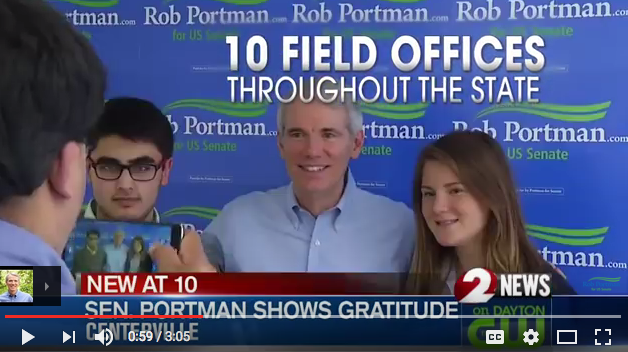 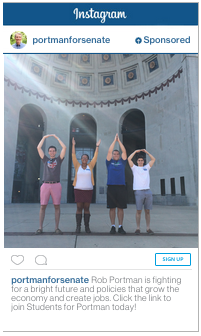