COLUMBUS, Ohio – Today, fresh off Rob Portman receiving back-to-back union endorsements this week, the Portman for Senate Campaign announced its plans to have a big presence at the Clinton-Kaine rallies in Youngstown and Columbus this weekend. During each event, Portman for Senate campaign volunteers will be on hand to distribute flyers detailing why the United Mine Workers, the Ohio Conference of Teamsters, and the Fraternal Order of Police endorsed Rob.

"The United Mine Workers, the Ohio Conference of Teamsters, and the Fraternal Order of Police analyzed the records of the two candidates in this race and concluded that Rob is the only candidate they can trust to fight for Ohio workers and families," Portman spokesperson Michawn Rich said. "Republicans, Independents, and even Democrats are rallying around our campaign. This weekend, we'll be reaching out to Democrats across the state highlighting why Rob is the choice for Ohio families."

On Saturday and Sunday, Portman for Senate Campaign volunteers will pass out the below flyers reminding voters that the United Mine Workers of America, the Ohio Conference of Teamsters - representing over 50,000 members from across Ohio - and Fraternal Order of Police (FOP) of Ohio - the state's largest law enforcement union representing more than 25,000 members - have all recently endorsed Rob. They will also remind voters that after Ted Strickland oversaw the loss of more than 350,000 jobs as governor, he turned his back on Ohio for a $250,000 paycheck running the lobbying arm of an anti-coal, pro-tax, liberal special interest group. In addition, the volunteers will pass out flyers detailing Strickland's long history of refusing to hold China accountable. You may scroll down to view each flyer. 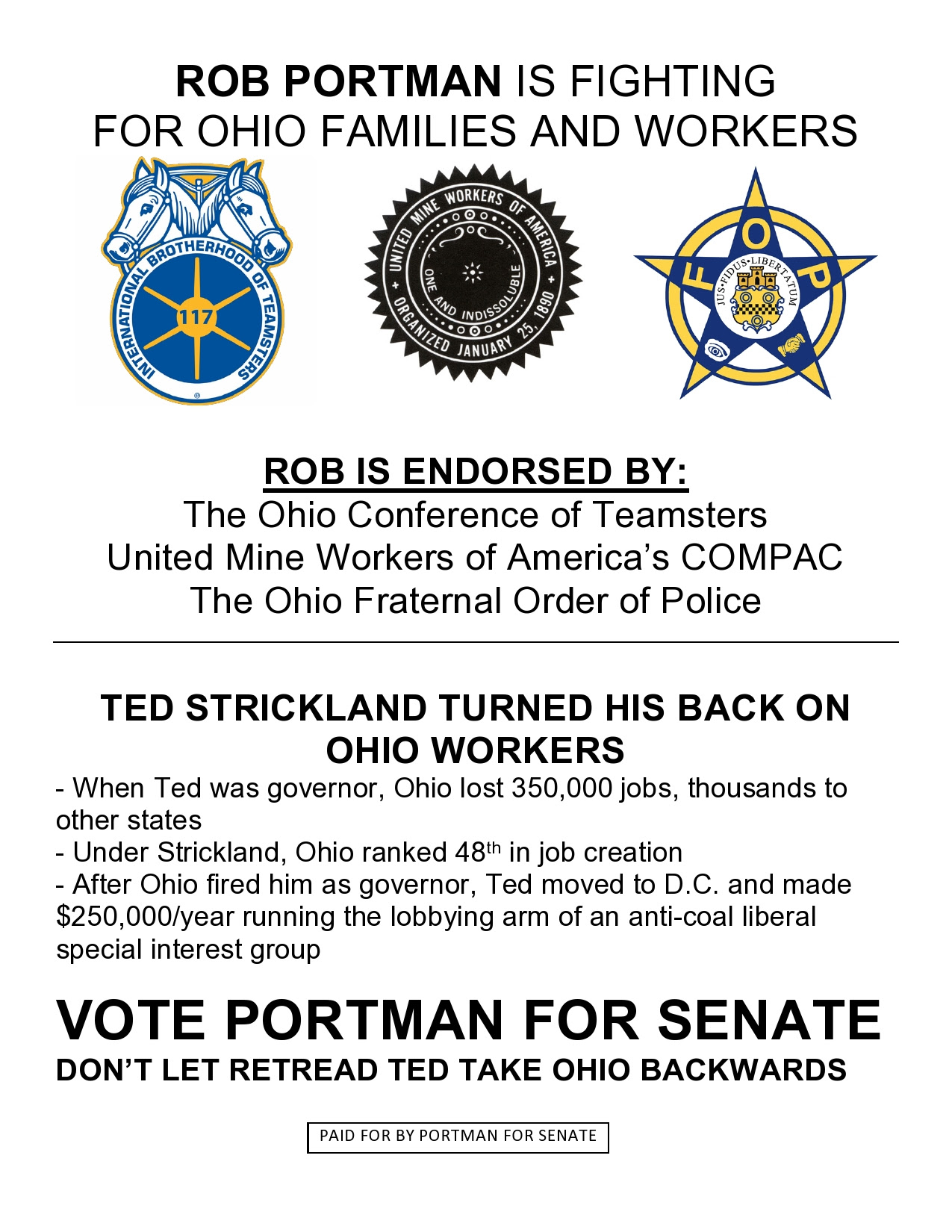 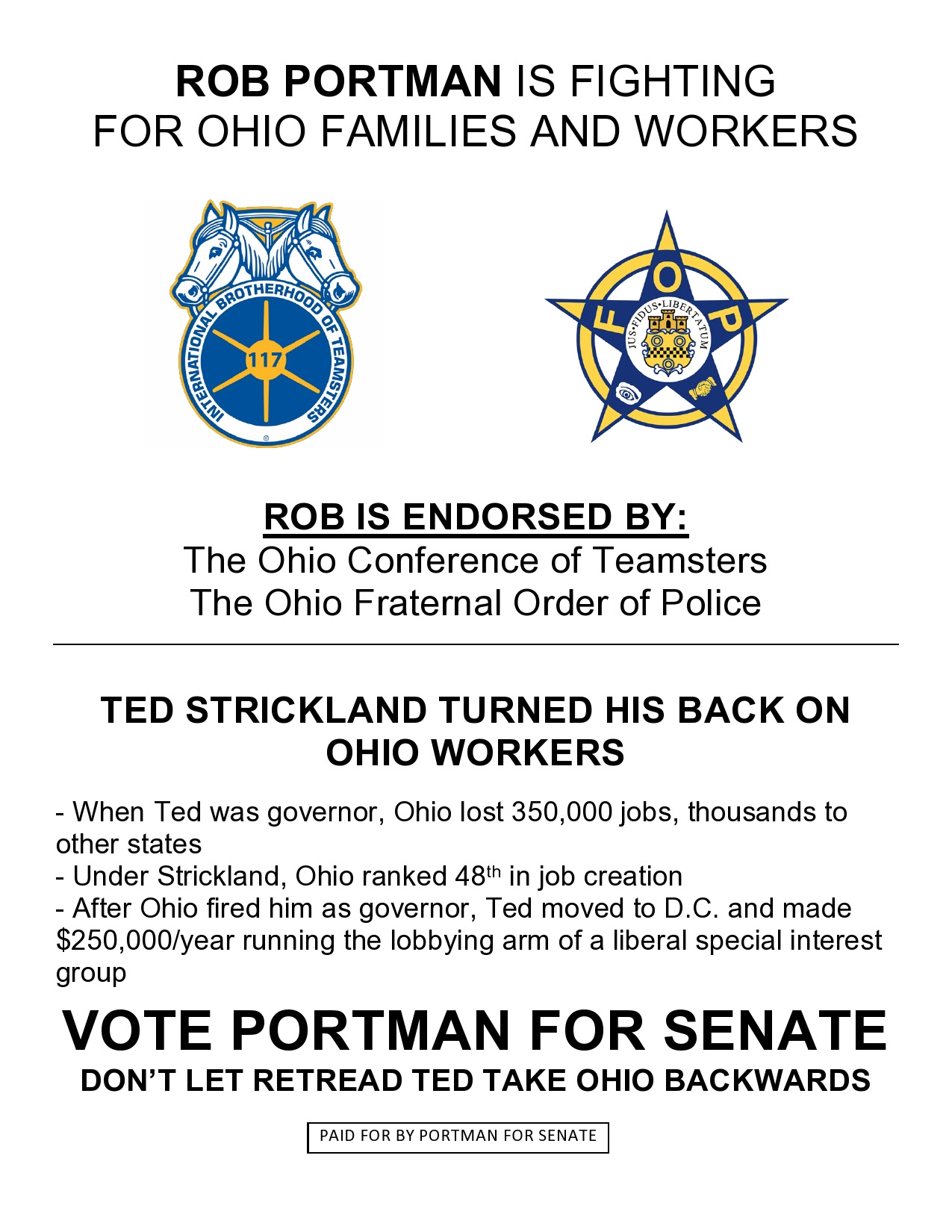 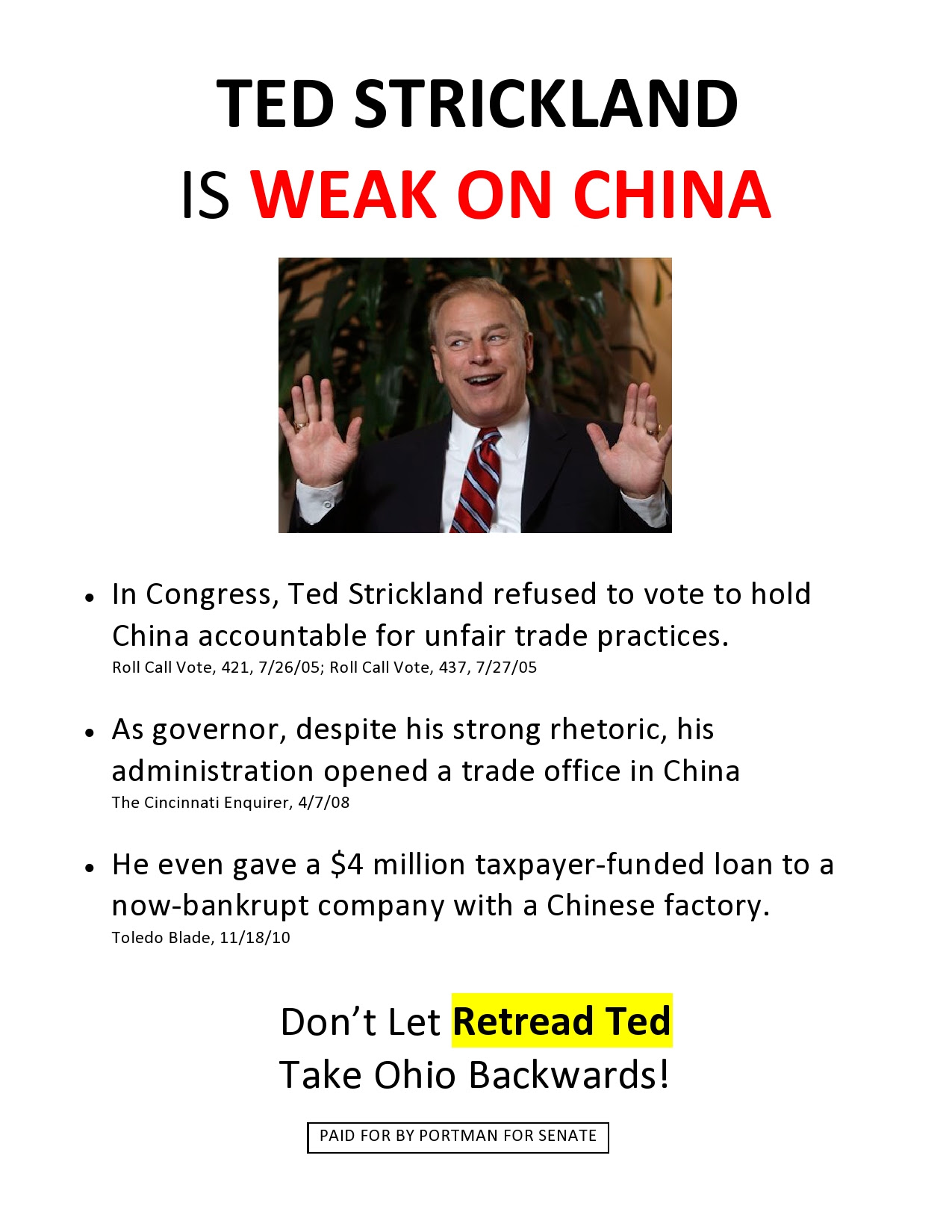 Background:
In 2006 and 2010, the Teamsters endorsed Ted Strickland.