COLUMBUS, Ohio – Today, in honor of Rob Portman and Ted Strickland’s joint editorial board interview with the Cleveland Plain Dealer, the Portman for Senate Campaign re-released its ads, “Cleveland’s Biggest Enemy” and “Cleveland’s Fair Share.” The ads will remind voters in Cleveland of the former governor’s awful record, his shameful comments referring to Cleveland as its own worst enemy, and how he was called the worst governor for Cleveland in a lifetime. The campaign will spend $235,000 running these web ads in Cuyahoga County from now until Election Day.

From Michawn Rich, spokesperson: “Today, we are reminding voters in northeast Ohio that they simply cannot afford a return to Retread Ted's Ohio when the Greater Cleveland area lost more than 76,000 jobs. While Strickland had no problem telling Ohioans that 'Cleveland's biggest enemy is Cleveland' until he decided to run for Senate, the truth is that Cleveland's biggest enemy is Ted Strickland because he was the worst governor for Cleveland in a lifetime.

“Today’s meeting will focus on the stark difference in the records of Ohio’s two candidates for United States Senate. Rob is an independent voice who delivers results for Ohio, passing over 45 bills into law, including efforts to combat Ohio’s addiction epidemic and fight back against human trafficking. On the other hand, Ted Strickland has the worst record of any candidate in America. Ted was recently named the worst candidate of the cycle because of his awful record. As an ineffective congressman, Ted failed to pass a single bill into law during his 12 years in Congress, and Ohio lost more than 350,000 jobs and ranked 48th in job creation on his watch as governor. There’s a reason the Ohio Teamsters, the Ohio FOP, the IUOE Local 18, and the United Mine Workers endorsed Rob after previously supporting Ted: Ohio simply cannot afford a return to Retread Ted’s Ohio.” 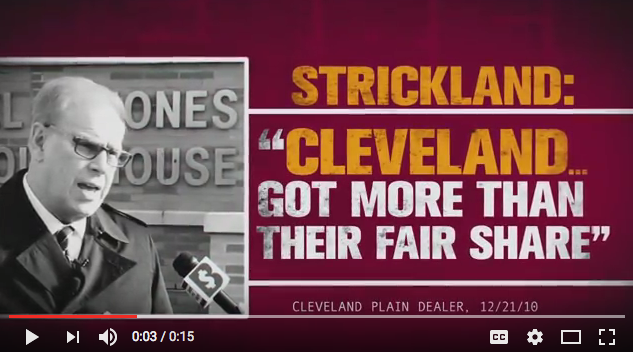 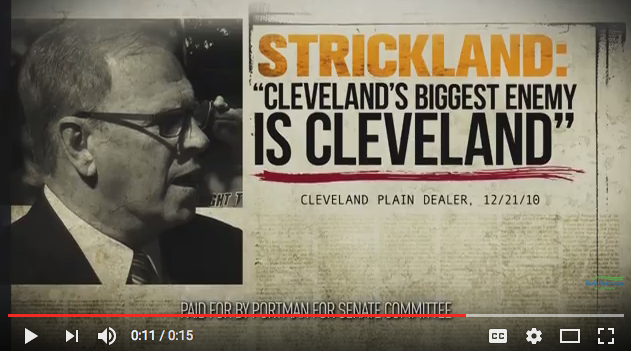 Background:
Following Strickland’s 2010 defeat, he blamed his loss on voters in the Cleveland area, who he believed were not appreciative of his efforts. He also charged that “Cleveland’s biggest enemy is Cleveland.” (Plain Dealer, December 21, 2010)