Portman for Senate Releases New Web Video "No I Did Not"

COLUMBUS, Ohio – The Portman for Senate campaign today released its latest web video, "No I Did Not." This week, Ted Strickland struggled to defend his offensive remarks over the past few months, even attempting to rewrite history and tell the Cleveland Plain Dealer editorial board that he didn't say them. The campaign has set a goal to have one million views of this video across all digital platforms before Election Day. 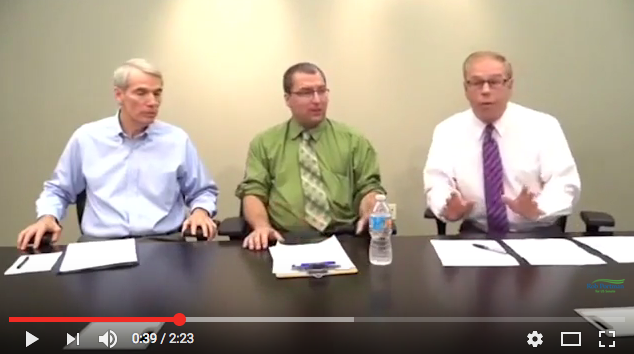 "Words matter, and Ted Strickland has failed to hold himself accountable for his own words over the course of this entire campaign," Portman campaign spokesperson Michawn Rich said. "Ted has made offensive comments about rape, celebrated the death of a Supreme Court Justice, and offended Asian Americans with his political attack gimmick. Every time Ted Strickland makes a rare public appearance, he manages to offend someone and then hopes Ohioans forget what he said. Just this week, National Democrats abandoned Ted and privately said he would lose and Ted was named the worst candidate of the cycle. Ohio can't afford to go backwards to Ted Strickland's Ohio when the state lost 350,000 jobs and ranked 48th in job creation."