COLUMBUS, Ohio – Today, the Portman for Senate Campaign released "Paycheck," a new web ad highlighting Ted Strickland’s latest inspiring campaign message. First, Ted Strickland bragged about all the money he made in his "Dream Job," then he recounted how he's been running for Congress for 40 years, and now he touts his need for a paycheck. With articulate lines like this, it's no wonder Ted Strickland has repeatedly been called "invisible" and "stealth" for hiding from the media and the public.

The ad is part of the Portman for Senate Campaign’s ongoing six-figure online ad buy. You may watch "Paycheck" by clicking here or clicking below: 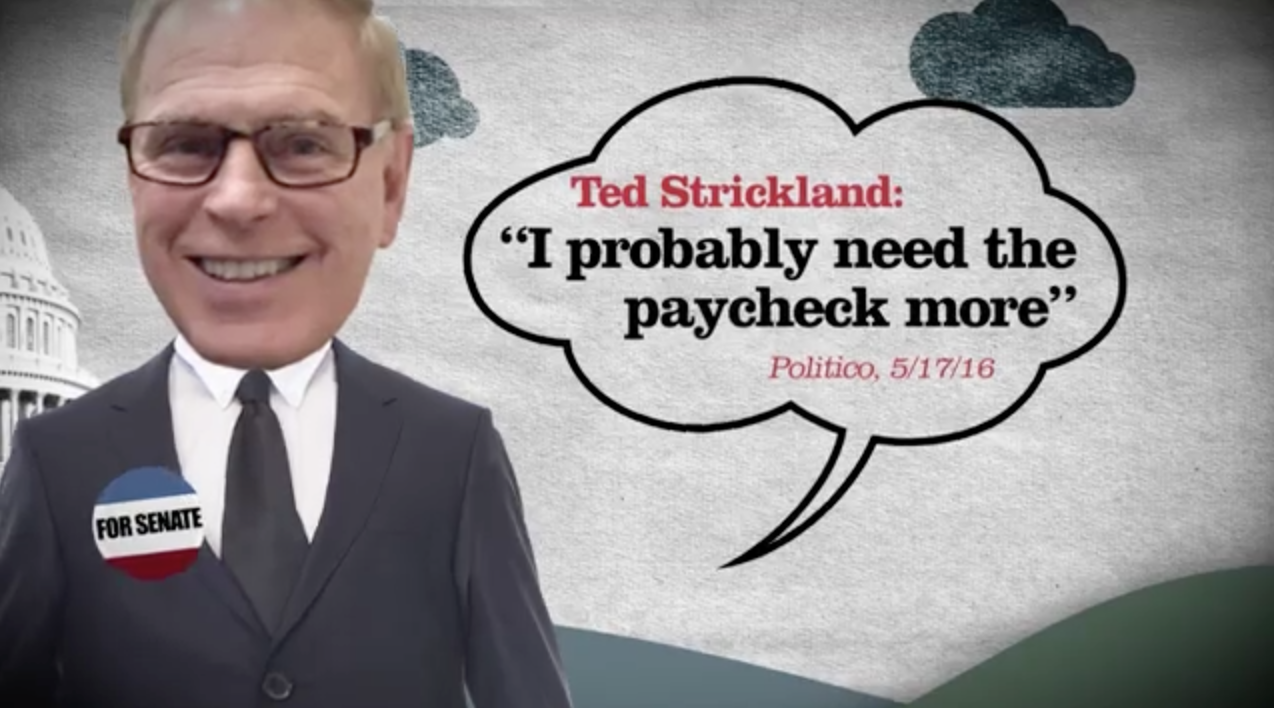 "We wish Ted Strickland would consider doing more public events because every time he does, he reminds Ohioans why he is the worst Senate candidate in America," Portman spokesperson Michawn Rich said. "After getting caught bragging about his 'Dream Job' making $250,000 a year lobbying for liberal special interests in Washington, D.C., then recounting all the times he's run for Congress since the 1970s, now he is talking about his need for a taxpayer-funded paycheck. Ohio simply can't afford another D.C. insider looking for his next big payday.”