COLUMBUS, Ohio - The Portman for Senate campaign today released its latest TV ad, "Gregory Industries," highlighting Rob Portman's focus on delivering results for Ohio workers and families. In 2011, Gregory Industries, a guardrail manufacturer in Canton, faced possible closure when a competitor hired a lobbyist to effectively eliminate their product through language in federal legislation. Rob Portman stepped in and led the charge to save the company's 125 jobs. The ad, which you may watch by clicking here, will begin playing statewide on TV today.

"Without Rob Portman fighting for us in the U.S. Senate, our company and the 125 jobs it provides would not be here today," said Matt Gregory, Executive Vice President of Gregory Industries. "That is the kind of leadership Ohio needs. Rob stands with small businesses, with the guys working two shifts, and fights for them. Our company is grateful that Rob Portman is someone who listens to a problem, puts together a plan to solve it, and delivers results."

"We were dead in the water if Senator Portman hadn't jumped in and helped us out," said Fred Zalenksi, president of Gregory Industries. "He understood what was going on, cut through all the red tape, and got to the heart of the matter and made the situation right. We need more people like Rob Portman in Washington."

"I was elected to defend Ohio jobs and solve problems, and when you see something wrong, you need to step in and fight to fix it right away," Rob Portman said. "While these 100 jobs might not have meant much to people in Washington, D.C., they meant a lot to Canton and to those workers and their families. I will continue to stand up for Ohio jobs and fight hard for Ohio workers." 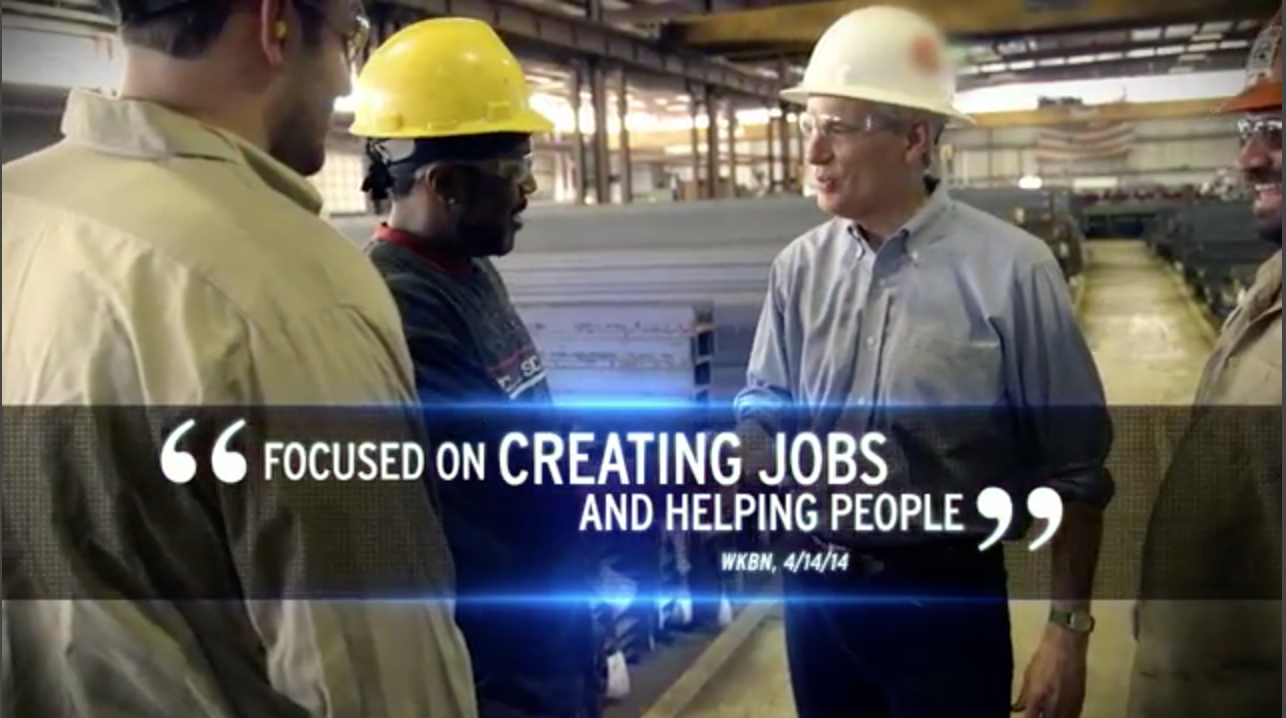 The Canton Repository: "Sen. Portman Tours Manufacturer He Had Hand in Saving" (1/10/2012): "It was one sentence in a voluminous bill funding the U.S. Department of Transportation. But if it had become law, it would have threatened the survival of a local guardrail maker, which employs about 125 people, company officials say. The provision would have banned the use of 95 percent of Gregory Industries' guardrails in federally-funded road projects. Only the use of guardrails made through a different process, the one used by Gregory's competitor, would be allowed. [...] In the end, Sen. Rob Portman, R-Cincinnati, on Oct. 20 introduced an amendment to delete the language from the bill. On Monday morning, grateful Gregory executives gave Portman a tour of their plant in Canton Township and thanked him for his intervention, which they believe may have saved the company."
“This is how good government works” (The Canton Repository, 1/11/12): "Sen. Rob Portman of Ohio can and should take credit for saving the Gregory Industries plant in Canton Township. As The Rep reported Tuesday, he and his staff are responsible for changing an obscure bit of a huge transportation bill that, left intact, might well have doomed the company."
###
Facebook Twitter