COLUMBUS, Ohio - The Portman for Senate campaign today released a new web ad, "Bad Judgment," outlining Governor Ted Strickland's support of President Obama's nuclear deal with Iran. The ad begins running online immediately and will run in all markets in Ohio throughout the next week. You may watch the ad by clicking here.

"National security will be one of the defining issues of this race. Ted Strickland's bad judgment and support of President Obama's nuclear deal with Iran could put our country in danger," campaign manager Corry Bliss said. "Instead of standing up for our national security with Rob Portman, Ted Strickland is standing with President Obama on Iran. Governor Strickland's bad judgment is wrong for Ohio." 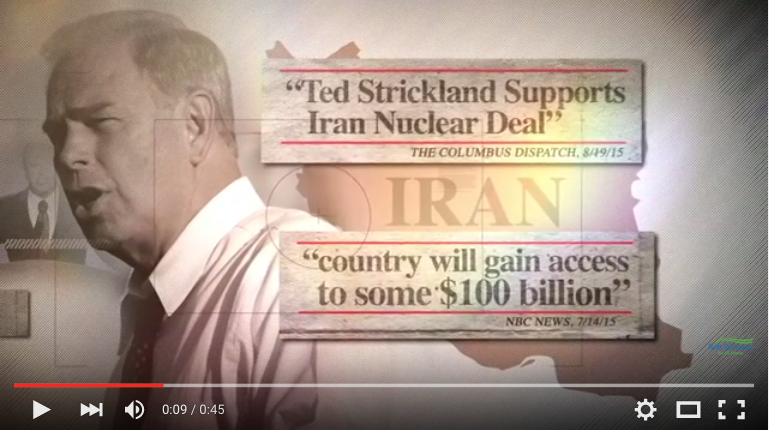 From Rob Portman's Op-ed: "I read the agreement carefully, attended classified briefings and listened to the debate in Senate committees, and on the Senate floor. I talked to experts on both sides of the issue and listened to Ohioans. I measured the agreement according to the criteria our government and members of the international community had announced. ... I hoped that, with U.S. leadership, a strong agreement would meet the longstanding U.S. and internationally accepted criteria. Unfortunately, after reviewing the terms of the agreement, I have concluded that these criteria were not met. The deal should be rejected." (Cleveland Plain Dealer, 9/6/15)

Over 15,000 people have voted against the Iran deal in the Portman campaign's poll on who they stand with on the deal. According to a Quinnipiac University poll of Ohio, 58% oppose the deal (24% support) and 56% think the deal would lead to a less safe world (26% do not).