COLUMBUS, Ohio – Today, on the heels of receiving four major union endorsements, the Portman for Senate campaign announced it launched Snapchat geofilters for today's Clinton rally in Cleveland. The filters will remind voters at the rally that over 100,000 union workers and families are rejecting Ted Strickland by highlighting Rob's endorsements from the Ohio Conference of Teamsters - which represents over 50,000 members from across Ohio - and Fraternal Order of Police (FOP) of Ohio - the state's largest law enforcement union representing more than 25,000 members. Rob has now been endorsed by four major unions, the Teamsters, the FOP, the IUOE Local 18, and the United Mine Workers of America, that previously endorsed Ted Strickland.

"We are using Snapchat to remind voters that the Ohio Conference of Teamsters and the Fraternal Order of Police analyzed the records of the two candidates in this race and concluded that Rob is the only candidate they can trust to fight for Ohio workers and families," Portman spokesperson Michawn Rich said. "Republicans, Independents, and even Democrats are rallying around our campaign and we will continue to reach out to voters no matter their political affiliation." 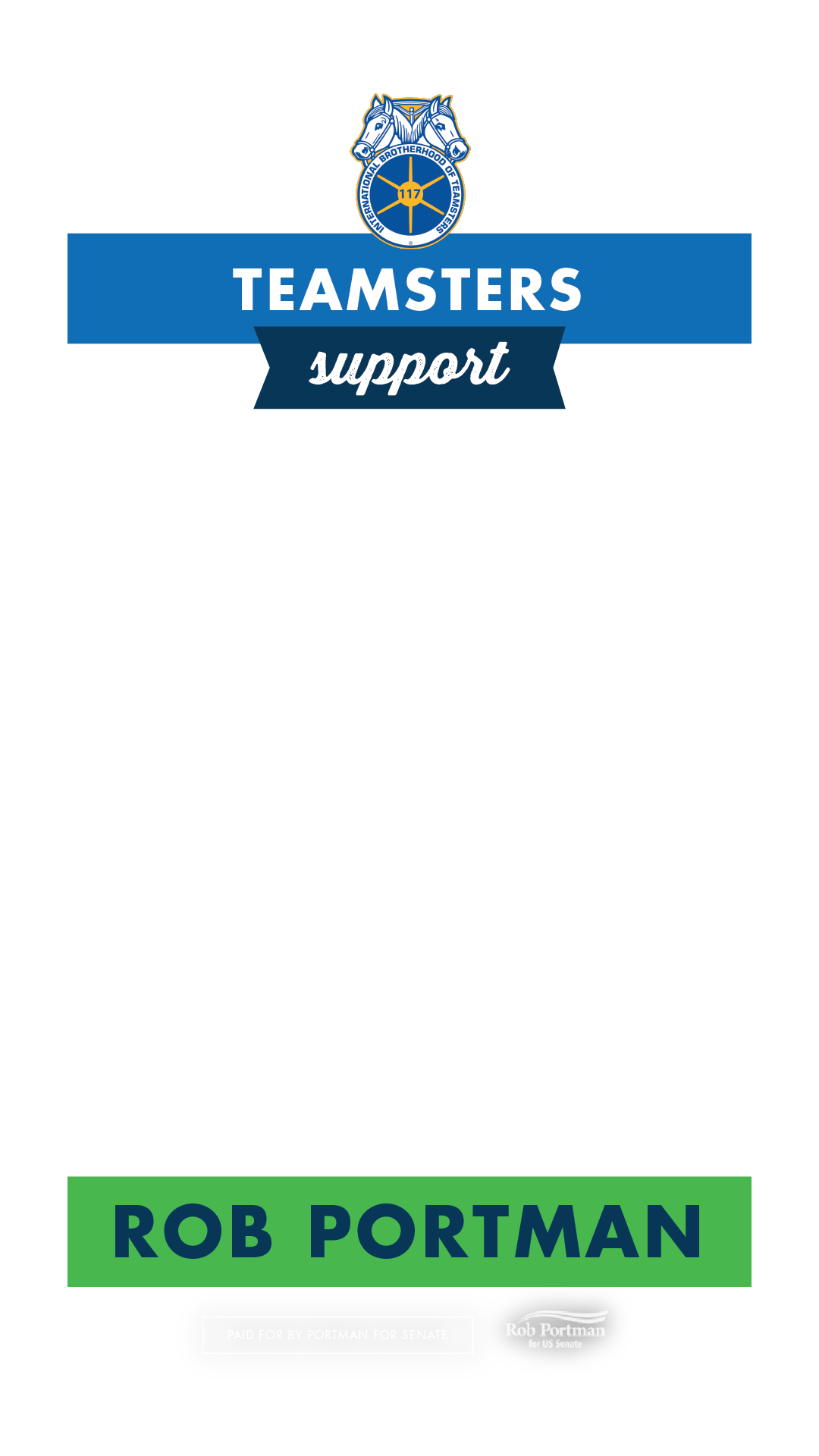 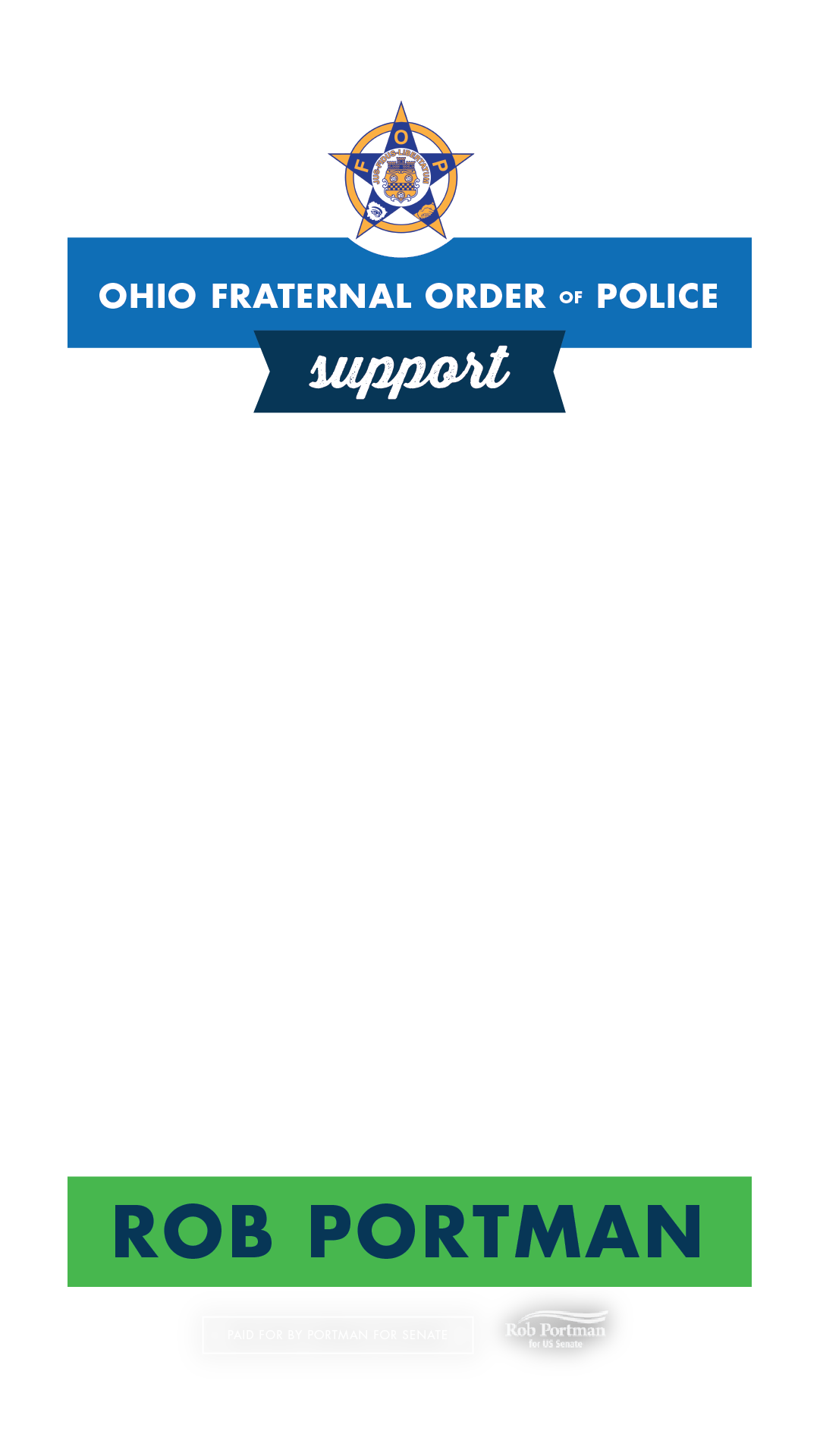 The Portman campaign previously had volunteers passing out flyers at Clinton events in Columbus and Youngstown and signed up over 400 new supporters and received over 100 yard sign requests.

Today, the campaign will also pass out the two-sided flyer below: 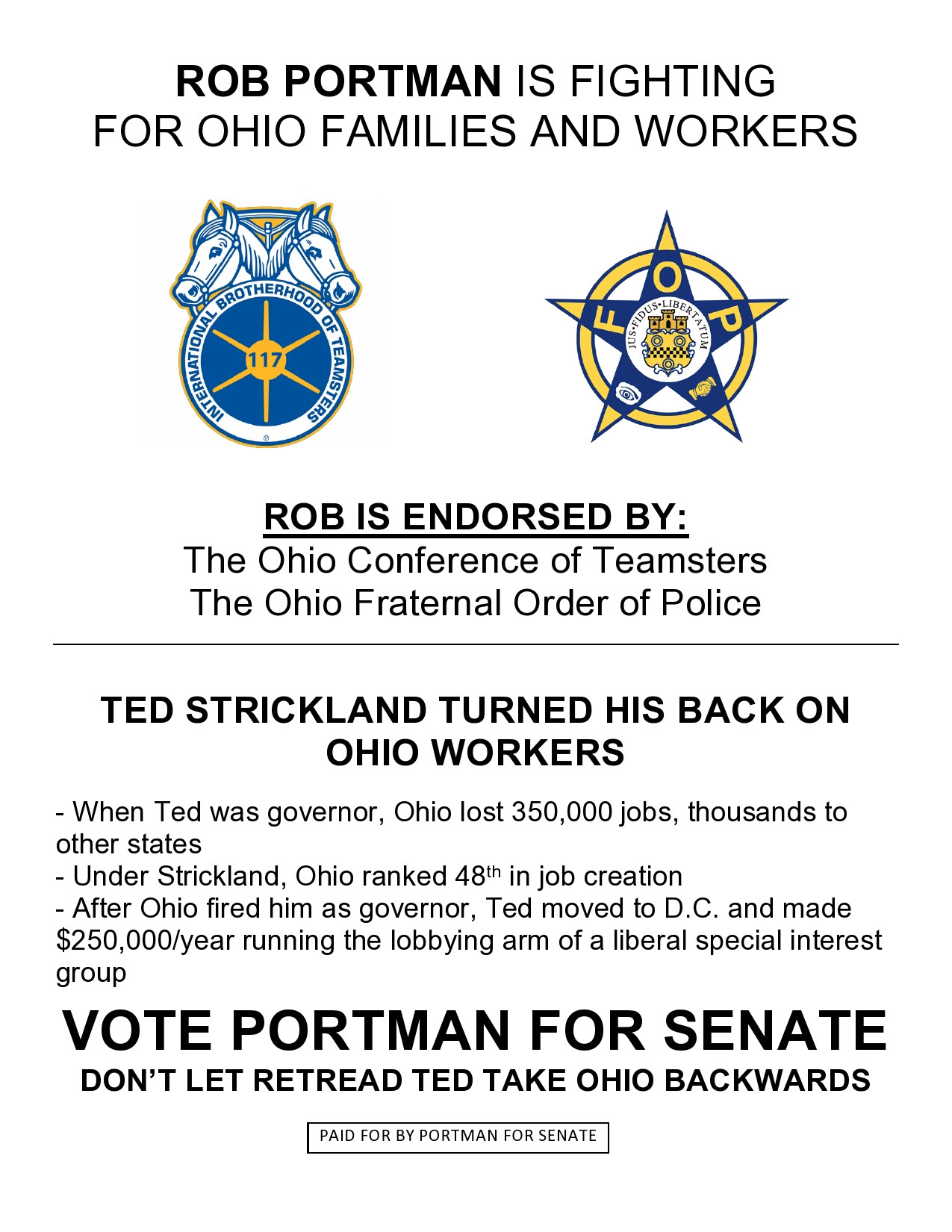 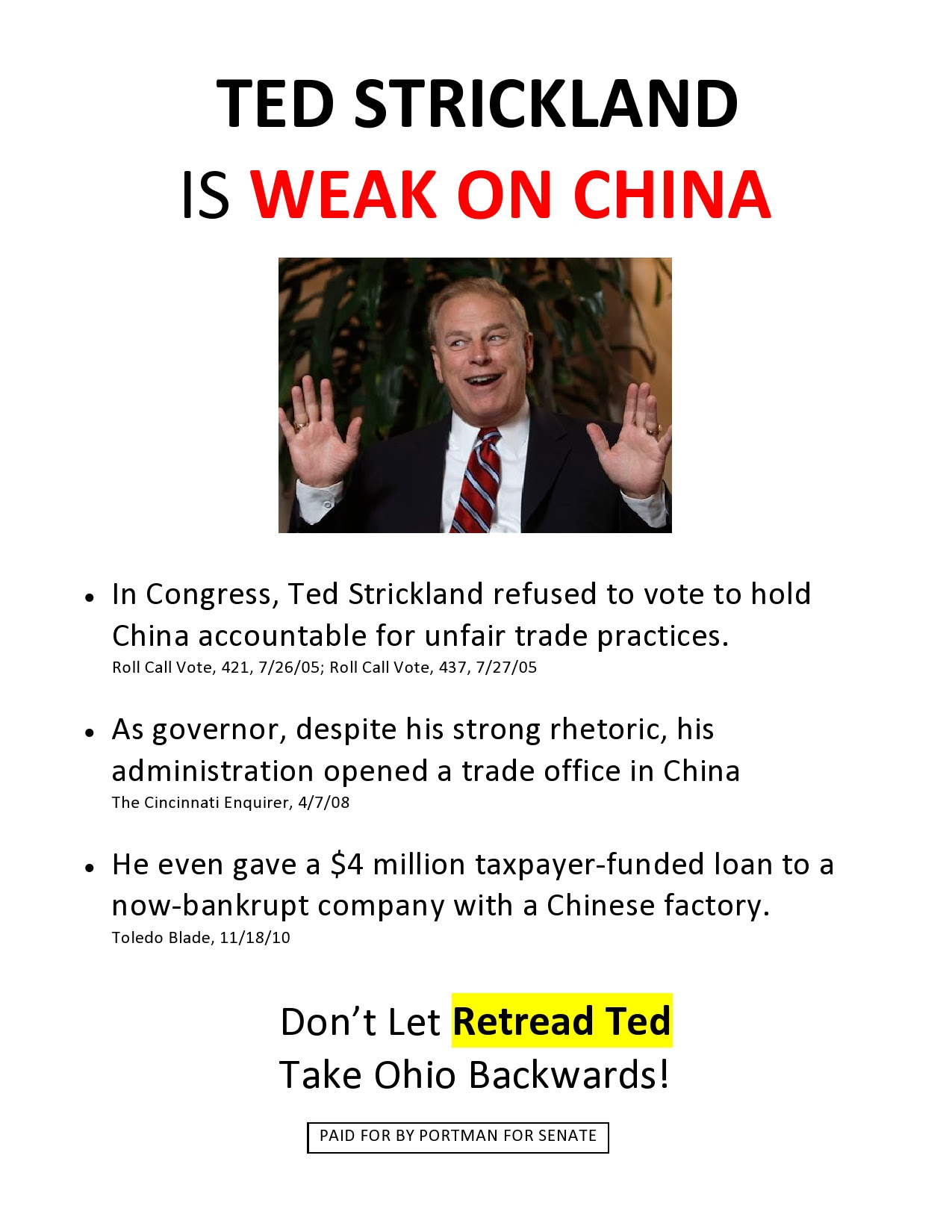 Rob has now received the endorsements of the Teamsters, the Ohio FOP, the IUOE Local 18, and the United Mine Workers of America.

The Ohio FOP endorsed Ted Strickland in 2006 and 2010 during his runs for Governor.

The International Union of Operating Engineers endorsed Strickland during his 2006 run for governor.

The United Mine Workers endorsed Ted Strickland in 2006 and 2010 during his runs for governor.