May 17, 2016
COLUMBUS, Ohio – Today, the Portman for Senate campaign announced it purchased Snapchat "geofilters" surrounding this week’s Indians-Reds series. Snapchat users in the vicinity of Cleveland’s Progressive Field today will be reminded of Ted Strickland’s awful record, while users in the vicinity of Cincinnati’s Great American Ball Park on Wednesday will be able to show support for Rob Portman. The filters will be active during each game.

“Thousands of Ohioans are expected to attend the Cleveland Indians-Cincinnati Reds series this week, and since Ted Strickland’s low-energy, ‘invisible’ campaign is anxious to hide his awful record from Ohio voters, we're using Snapchat to remind them. When Ted was governor, Ohio lost more than 350,000 jobs and ranked 48th in job creation, and when he served in Congress, Ted Strickland failed to author a single bill that became law,” Portman campaign spokesperson Michawn Rich said. "This Senate race offers the voters of Ohio a clear choice: a brighter future with Rob Portman's pro-growth policies for better wages and more jobs or a return to Ted Strickland’s failed policies of higher taxes, burdensome regulations, and bigger government." 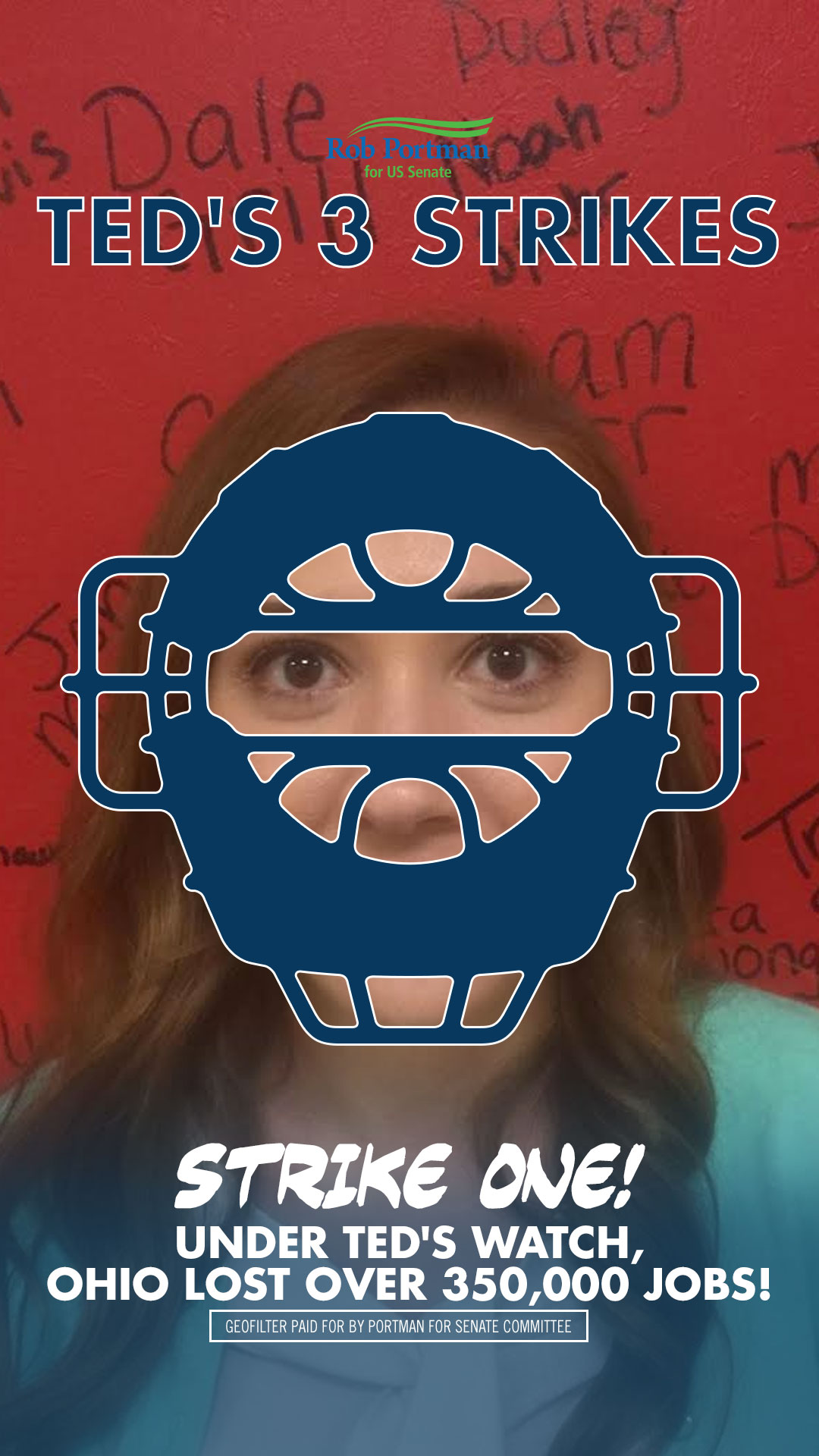 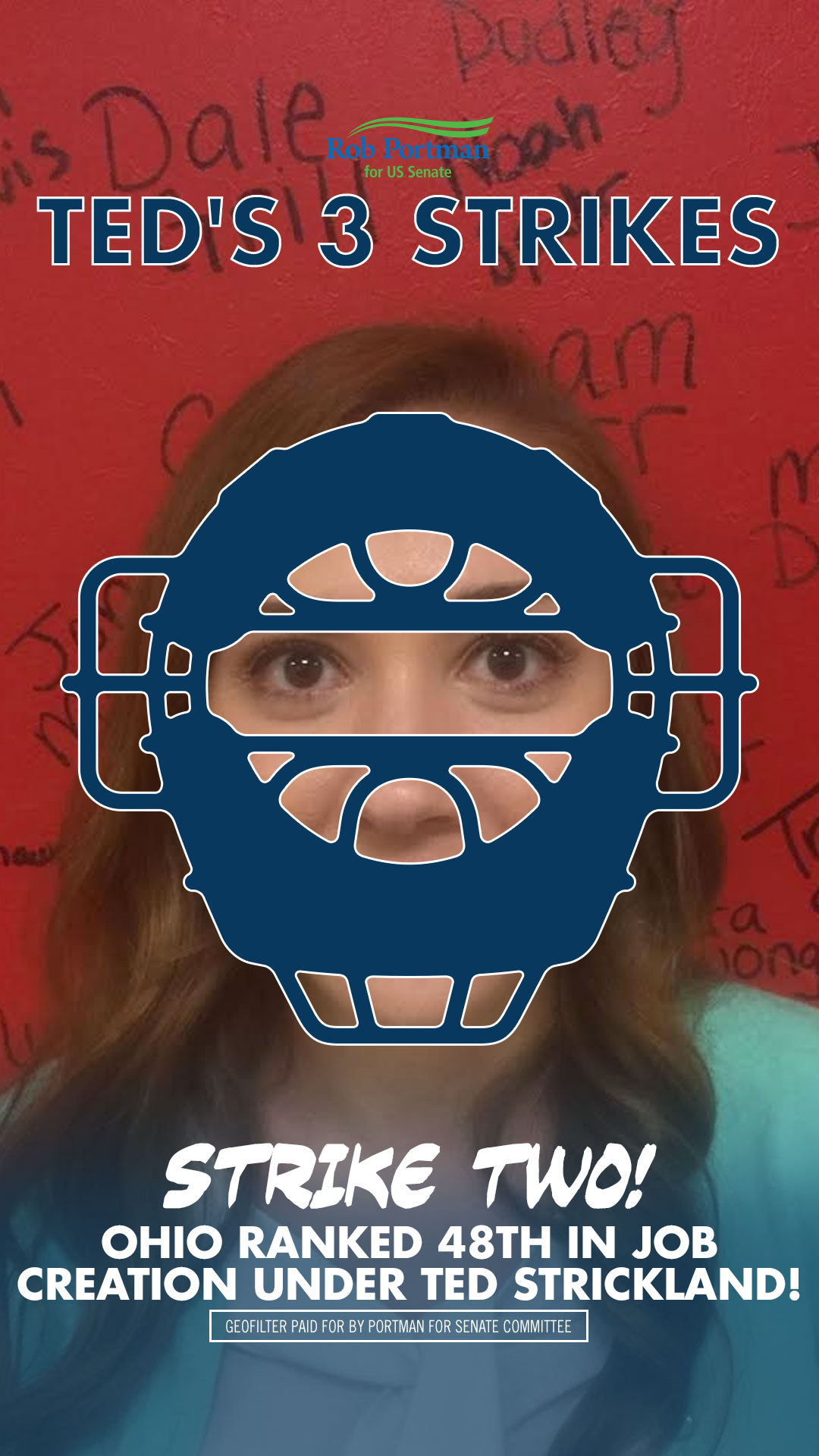 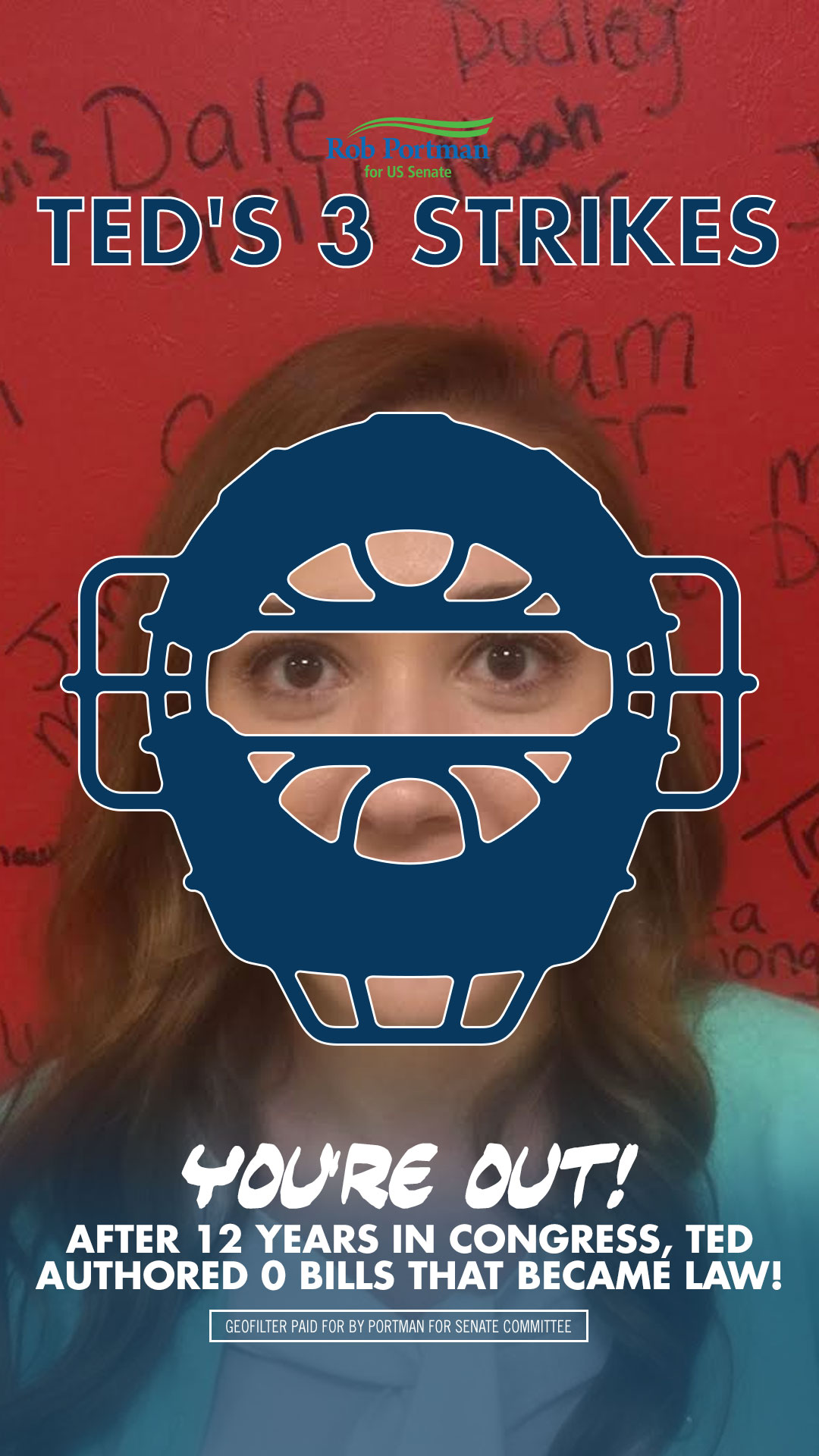 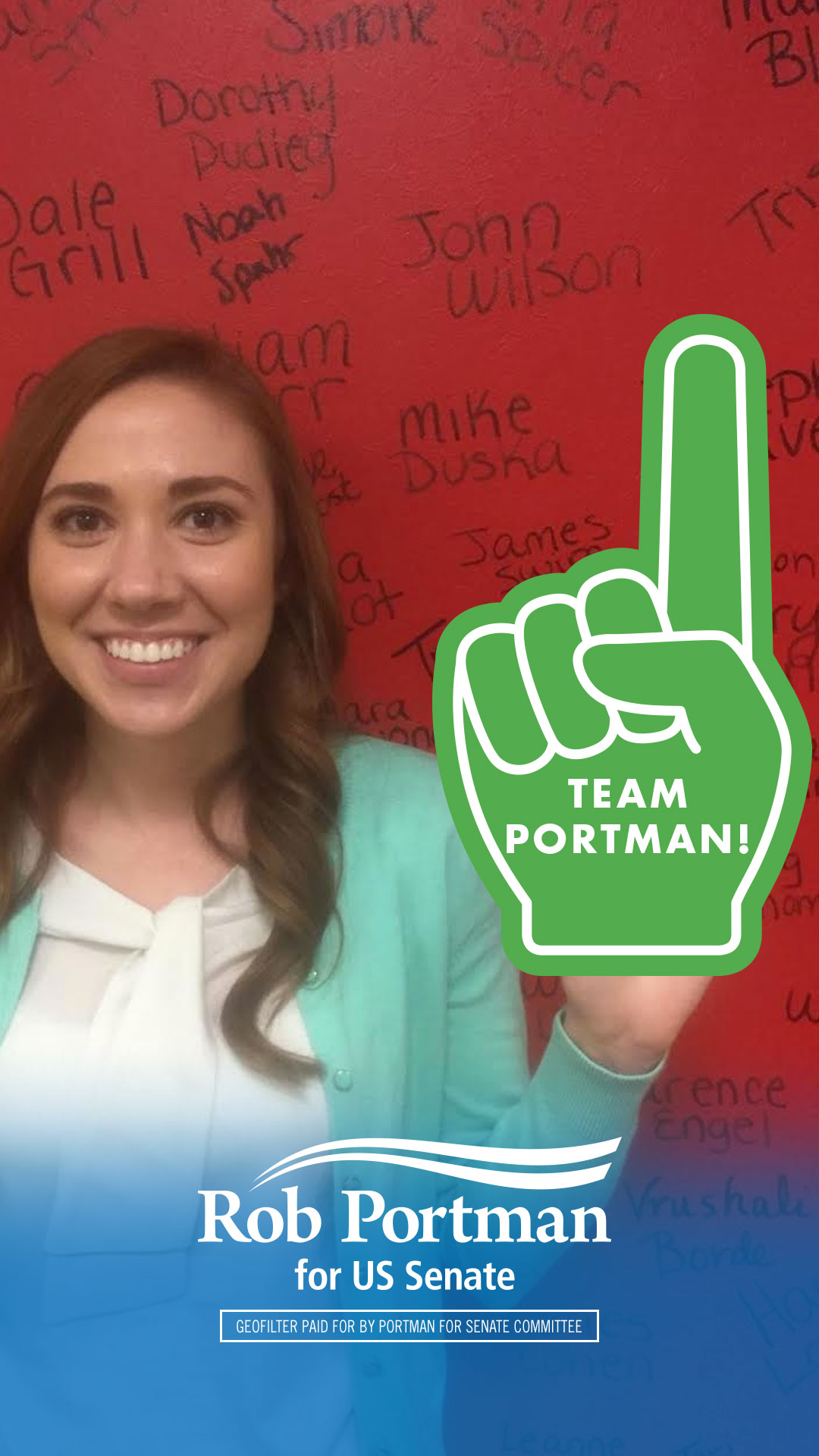