COLUMBUS, Ohio – Today, the Portman for Senate campaign announced it purchased a Snapchat "geofilter" for tonight’s Cavs-Warriors Finals game. Snapchat users in the vicinity of The Q tonight will be reminded of Ted Strickland’s awful record as Governor when Ohio lost more than 350,000 jobs – including 43,761 from Cuyahoga County – and ranked 48th in job creation. The filter will be active during the entire game.

“Thousands of Cavs fans will fill The Q and downtown Cleveland tonight for game three of the Cavs-Warriors Finals, and since Ted Strickland’s low-energy, ‘invisible’ campaign is anxious to hide his awful record from Ohio voters, we're using Snapchat to remind them. When Ted was governor, Ohio lost more than 350,000 jobs – including 43,761 from Cuyahoga County – and ranked 48th in job creation,” Portman campaign spokesperson Michawn Rich said. "This Senate race offers the voters of Ohio a clear choice: a brighter future with Rob Portman's pro-growth policies for better wages and more jobs or a return to Ted Strickland’s failed policies of higher taxes, burdensome regulations, and bigger government." 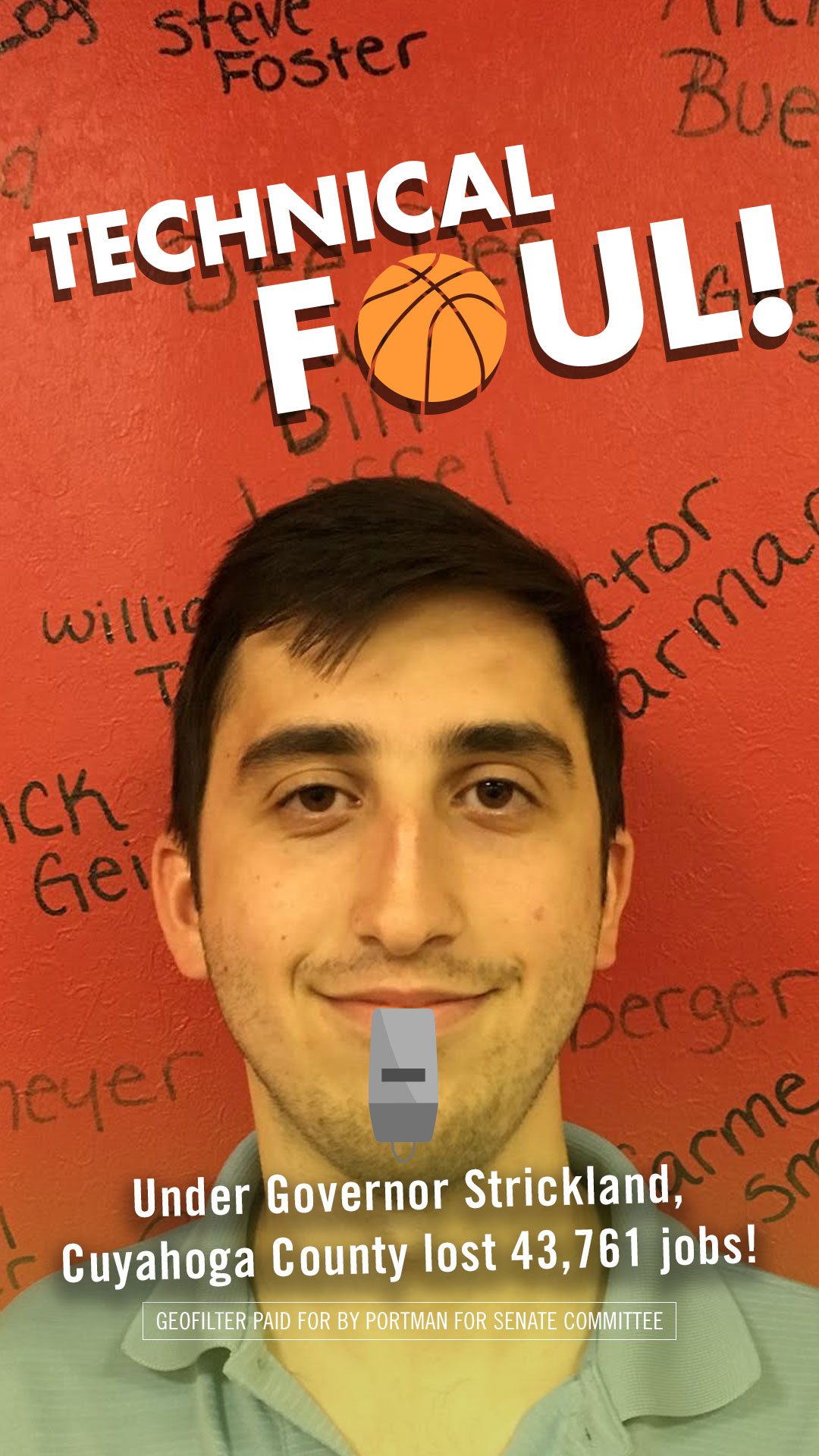 Last month, the Portman for Senate Campaign was the first Senate campaign in the country to reserve airtime through Election Day, placing more than $14 million in statewide television airtime and $1 million in YouTube inventory through Google's advertising network. The effort will use highly sophisticated targeting methods to deliver community specific content across Ohio.