COLUMBUS, Ohio – Today, the Ohio Veterans United endorsed Rob Portman for U.S. Senate. The group of veterans agrees Rob is the only candidate in this race with a proven record of standing up for Ohio veterans and their families. Following the endorsement event at the Hilliard Memorial VFW Post 4931, Founder and Honorary Chair of Ohio Veterans United and Air Force Veteran and Vietnam POW Colonel Thomas Moe and Rob issued these statements:

Rob understands the sacrifices American servicemen and women make for their country and their families. From cost of living increases to education benefits, job training and housing assistance, Rob has worked tirelessly for the men and women who wear our Nation’s uniform, veterans and their families. Ohio Veterans United is proud to endorse his candidacy,” said Col. Tom Moe.

“I am honored to receive the endorsement from the Ohio Veterans United and will continue to ensure all veterans receive our steadfast support for the sacrifices they and their families have made and continue to make for this country," said Rob Portman.

In August, the Portman for Senate campaign launched its Veterans Leadership Council. This diverse group of veterans from across Ohio advises the Portman campaign on issues impacting veterans and helps spread the word on Senator Portman’s policy initiatives to support America’s best and brightest.

Chaired by Colonel Moe, the Veterans Leadership Council is an active component of the Portman for Senate campaign. You may click HERE or on the video below to watch Col. Tom Moe discuss his support of Rob Portman. 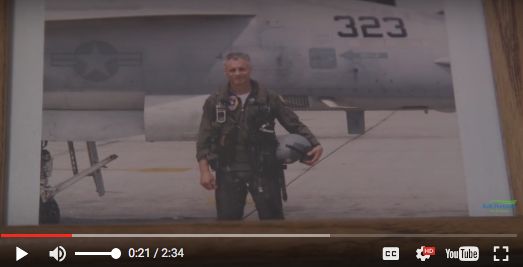 Honoring All of Our Fallen Heroes:
Rob Portman authored the bipartisan Veterans Missing in America Act, which became law in 2012. This important legislation allows the VA to work with veterans groups to determine whether unidentified or abandoned remains are those of veterans eligible for burial at a National Cemetery. Veterans have put country above self to defend our nation, and they deserve our utmost respect, even if they have no families to claim their remains.

Fixing the VA Backlog:
Rob Portman is a leader in pushing for increased accountability and efficiency at the Department of Veterans Affairs.  He has consistently pressed the VA to address the unacceptable backlog in veterans’ claims, including joining the Ohio congressional delegation to request monthly accountability reports on the VA’s efforts to eliminate the backlog.

Portman has also worked to make sure VA resources are focused on our veterans – and not union activities. Portman introduced the Federal Employee Accountability Act, a bill that reduces the wrongly-named “official time” - time dedicated to political union activities that have nothing to do with the official work of the VA.  A report from the Office of Personnel Management showed that the government spent $155 million on 3.4 million hours of this so-called “official time” in 2011. This activity is an unacceptable use of taxpayer dollars, especially while so many of our veterans are awaiting responses on their claims.

The MEPS Act also requires the Defense Department to report on the effectiveness of mental health components of the Separation Health Assessment (SHA) servicemembers receive when leaving active duty. Portman’s bill has received the endorsement of over 40 prominent veterans organizations and mental health advocacy groups.

Leading the Fight on the Comprehensive Addiction and Recovery Act (CARA):
Rob Portman is a national leader in the fight to combat the prescription drug and heroin epidemic. Working with Ohio veterans, Senator Portman crafted the Comprehensive Addiction and Recovery Act (CARA) in an effort to provide additional help and resources to veterans struggling with drug addiction. Specifically, CARA gives the Attorney General authorization to award grants to Veteran Treatment Courts as well as increases veteran access to drug courts as they recover.

Helping Veterans Receive College Credit:
Rob Portman introduced an amendment to the National Defense Authorization Act in 2012 to standardize educational transcripts so veterans who are trying to go back to college can more easily receive credit for their military training.

Listening to Ohio Veterans’ Concerns:
Rob Portman has hosted five Veterans Townhall Meetings across Ohio to hear directly from veterans. These include their concerns on compensation benefits, access to medical care, and their perceptions about the Department of Veterans Affairs overall.

Working to Improve Veterans’ Health Services:
Rob Portman is a strong proponent for telemedicine for our veterans and has pressed VA officials to speed up pilot programs designed to reduce barriers to care.

Portman successfully included an amendment to the NDAA that requires DOD to report on current telehealth initiatives as well as plans to integrate telehealth into the military healthcare system.  This report specifically addresses privacy concerns and challenges of implementing telehealth in-group treatment/therapy, outreach to rural areas, and as in-home use.

Rob Portman is an original cosponsor of the Veterans Access, Choice and Accountability Act of 2014. The legislation expands education and health care benefits for veterans as well as expands in-state tuition for Post 9/11 GI Bill eligible veterans.

Helping Ensure Returning Veterans Can Return to their Jobs:
Rob Portman cosponsored legislation that allows Guardsmen and Reservists employed at the Transportation Security Administration (TSA) to return to their jobs after they return from being called to active duty.  The jobs of all other non-military public and private sector employees called up to duty are protected under the Uniformed Services Employment and Reemployments Rights Act (USERRA).  The legislation required TSA to comply with USERRA.

Rob Portman is an original cosponsor of the bipartisan Hire More Heroes Act. The legislation offers incentives to companies that hire veterans. The bill became law in July 2015.

Doolittle Raiders:
Rob Portman teamed with Senator Sherrod Brown (D-OH) on legislation to award the Congressional Gold Medal to the World War II Doolittle Raiders. The bill, which passed the U.S. Senate in November 2013, also places the medal on permanent display in Ohio’s National Museum of the U.S. Air Force at Wright Patterson Air Force Base.

Purple Hearts for Fort Hood Victims:
Rob Portman is a cosponsor of the Honoring Fort Hood Heroes Act, which changes DOD policies to allow the Purple Heart to be awarded to servicemembers killed or injured during domestic terror attacks like the 2009 Fort Hood shooting.

World War II Memorial Prayer Act:
Rob Portman introduced and championed legislation that directed the Interior Secretary to install a plaque or inscription at the National World War II Memorial with the words that President Franklin D. Roosevelt prayed with the nation on June 6, 1944, the morning of D-Day. Portman was proud to announce on June 6, 2014, D-Day that his legislation was heading to the President for signature.

Ted Strickland: A Failed Record for Ohio Veterans:
Under Governor Ted Strickland, Ohio lost more than 350,000 jobs and ranked 48th in job creation at a time when many veterans were returning to Ohio to look for jobs. While he claims to fight for veterans, his record tells a different story. During his tenure, Ted Strickland signed budgets cutting the Office of the Adjutant General by 30% from $12.3 million to $8.6 million and vetoed bonuses for veterans of the Persian Gulf, Iraq and Afghanistan. (State of Ohio, Executive Budgets, FY08/09 – FY14/15; Columbus Dispatch, June 8, 2010).

The Strickland administration also mismanaged a program that helped disabled veterans re-enter the workforce, causing it to lose more than $500,000 because the state failed to meet federal requirements. The state official who tried to fix the problem "was demoted and saw his pay cut from $40 an hour to $26 on March 26, three days after he sent a 'report of wrongdoing' to his superiors and three weeks after the U.S. Department of Labor informed his bosses they were cutting the state’s grant… An Air Force veteran himself, Janke said current state leaders, including Gov. Ted Strickland, seem indifferent to his entreaties. “I voted for Strickland, and one of the reasons was that I thought he was a veterans advocate,” Janke said. “I have to say that since I moved into this program, I have to question that belief.”  (Cincinnati Enquirer, January 7, 2009).