COLUMBUS, Ohio -- Today, the Portman for Senate Campaign released a new TV ad, “Solutions,” detailing Rob’s victory in the fight to combat the prescription drug and heroin epidemic wreaking havoc in communities across Ohio. Specifically, the ad highlights Rob’s Comprehensive Addiction and Recovery Act (CARA), which just passed the Senate on Wednesday evening by an overwhelming vote of 92-2 and is now headed to the President's desk to be signed into law. The ad features news clips and interviews from Wednesday and Thursday of this week. Rob's bill expands education and prevention efforts, helps law enforcement reverse overdoses to save lives, and expands treatment and recovery programs. It also lays the groundwork for $181 million in new spending to fight the opioid epidemic.

Rob said yesterday CARA is “historic,” and will “help save lives and allow people to achieve their purpose in life.” It is also important to note "no Democratic senator opposed the bill,” which “dramatically changes the trajectory of the addiction crisis.”

"Solutions" will begin airing statewide tonight as part of a six-figure statewide TV ad buy. You may click HERE or on the video below to watch our new TV ad, “Solutions.” 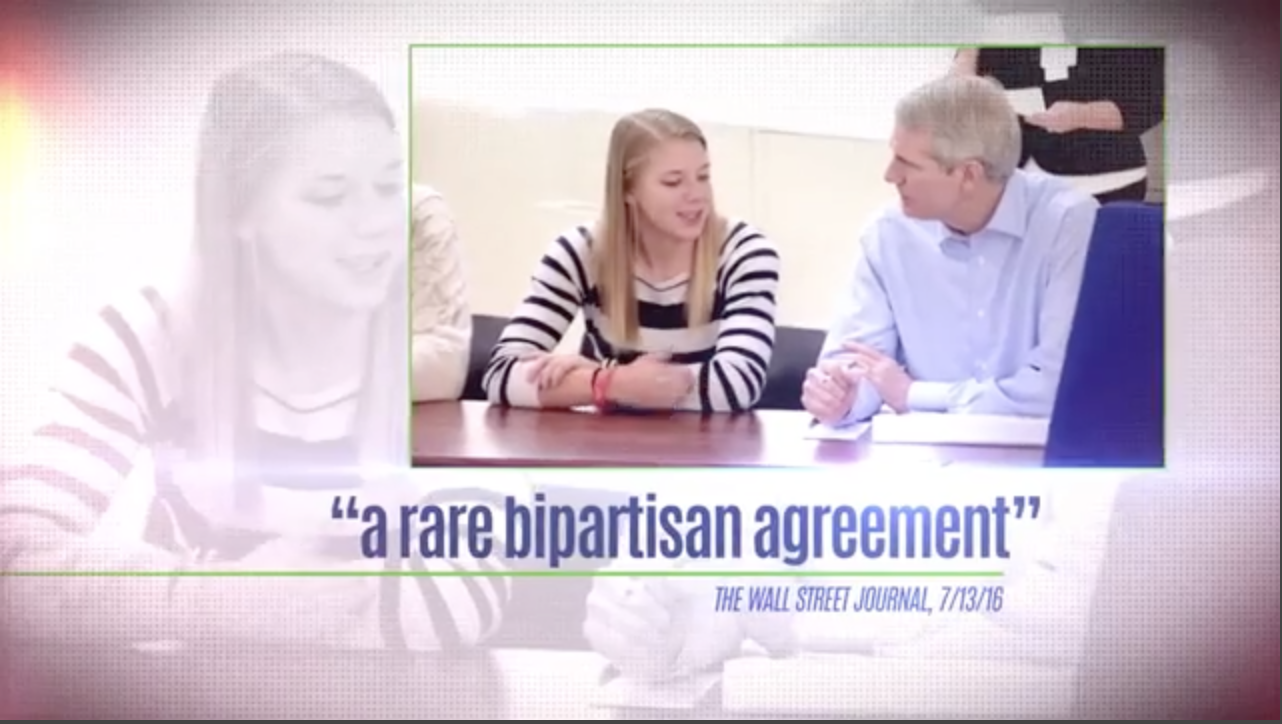 In case you missed it, here is what else they had to say:

Cleveland.com: “Yet no other bill in his five-plus years in the Senate has received this level of personal passion from Portman.”