COLUMBUS, Ohio – Today, nearly 30 prominent African American religious leaders from across Ohio, including several Democrats, will endorse Rob Portman at a luncheon in Columbus. These endorsements are the latest developments in Ohio's Senate race after the Ohio Conference of Teamsters, the Ohio Fraternal Order of Police, the IUOE Local 18, and the United Mine Workers of America each endorsed Rob after previously supporting Ted Strickland.

Last summer, the Portman for Senate Campaign launched its African American Leadership Council, a group that has been advising Rob on issues impacting the urban community and helping to spread the word on Rob's policy initiatives to grow jobs and expand opportunities for all Ohioans. Since the launch, Rob has hosted more than 10 roundtable discussions with African American leaders across the state and has visited several African American churches.

“I’m honored to have so many distinguished leaders from across Ohio join us as we work to promote policies that will create higher wages and greater opportunity for all Ohioans,” said Rob Portman.

“I supported Ted Strickland when he ran for Governor, and I’ve supported President Obama both times he ran for President,” said Bishop Randal Burton, Word of Life Ministry Christian Center. "I’m supporting Rob Portman this year because he is getting things done for the people of Ohio.”

“I’m a lifelong Democrat, but Rob Portman has a record of delivering results for Ohio families. He has been a strong leader on creating jobs and opportunity, and his work on reentry efforts is helping Ohioans live up to their God-given potential,” said Pastor Ronald Turner, New Inspiration Baptist Church of God In Christ.

“This isn’t about politics. I’m supporting Rob because he is bringing people together to solve the problems facing our state and nation,” said the Rev. Leonard King, President of The Cleveland Baptist Minister Conference and Pastor of First Mt Zion Missionary Baptist Church. "His work on fighting the heroin epidemic is saving lives, and he is fighting to help every Ohioan have a chance to succeed.”

Background:
Last summer, the Portman for Senate Campaign launched it's African American Leadership Council, a group that has been advising Rob on issues impacting the urban community and helping to spread the word on Rob's policy initiatives to grow jobs and expand opportunities for all Ohioans. You may click HERE or on the video below to watch Rev. Damon Lynch discuss his support of Rob. 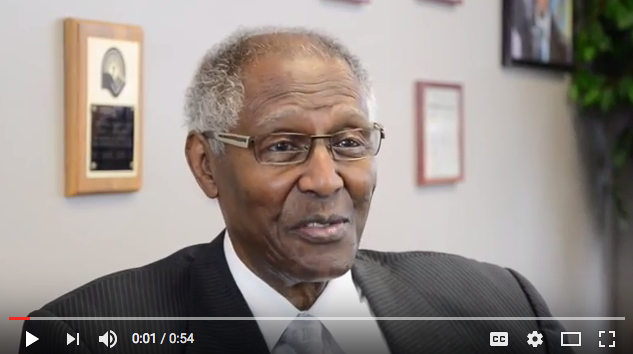 Over the past several months, Rob received endorsements from unions representing over 100,000 Ohio families, including the Ohio Teamsters, the Ohio FOP, the IUOE Local 18, and the United Mine Workers of America, who all previously supported Strickland. Additionally, ACT Ohio, the political arm of the Ohio State Building and Construction Trades Council (OSBCTC) – an AFL-CIO affiliated union representing more than 94,000 construction workers in Ohio – announced their decision to stay neutral in the Ohio Senate race despite endorsing Ted Strickland in previous races.

Rob is a leader Congress on efforts to grow jobs and opportunity for all Ohioans while also helping those who have fallen through the cracks. Rob is the author of the Senate Republican Jobs Plan and is a leader in the Senate on drug prevention, prisoner re-entry, and using a bottom-up approach to address poverty while making sure our taxpayer dollars are spent wisely.

More than 20 years ago, Rob founded the Coalition for a Drug-Free Greater Cincinnati. He chaired the coalition for nine years, served on the board, and was even a member of the board when he was elected to the US Senate (The Herald-Tribune, 5/25/16). Rob is a leader in the Senate on addressing prescription drug abuse, stopping synthetic drugs, and improving the ability to track prescription drug sales across state lines. Rob co-authored the bipartisan Comprehensive Addiction and Recovery Act (CARA), which tackles the prescription drug and heroin epidemic head on by expanding education and prevention efforts, helping law enforcement reverse overdoses to save lives, and expanding treatment and recovery programs. Rob began this legislative effort in 2014 and his CARA was recently signed into law by President Obama.

Rob is also the leader in the Senate on efforts to reduce recidivism. Ninety-five percent of people who are in jail or prison will one day be released, but two-thirds of inmates who are released will end up back in jail within three years. During his time in Congress, Rob worked with the late Stephanie Tubbs Jones (D-OH) to author the Second Chance Act. Since the Second Chance Act became law, Ohio's recidivism rate has dropped over 10%. Rob is currently working to reauthorize that legislation.