COLUMBUS, Ohio – Yesterday, the Portman for Senate Campaign released its latest TV ad titled, “Mi prioridad," which is running on Spanish-language stations in Ohio. The campaign will spend $250,000 running the advertisement on TV and targeted to Spanish-speaking voters online. The campaign has set a goal of receiving 1 million views across all online platforms before Election Day. In case you missed it, here is what they had to say:

NEWSMAX: Targeting Ohio's Latino voters, Sen. Rob Portman is all set to release a new ad, in which the Republican shows off his Spanish-speaking skills.

Washington Examiner: Ohio Sen. Rob Portman showed off his bilingual speaking skills and targeted the community in a new ad as he grows more confident about his chances of winning re-election in November.

Politico: GOP Sen. Rob Portman is spending $250,000 to air an ad in Ohio that features Portman talking about jobs in Spanish. “As your senator, my priority is to create better jobs,” Portman says in the ad.

Columbus Dispatch: Sen. Rob Portman is on the air again today – this time with an ad running on Spanish-language stations in the state.

Cincinnati Enquirer: Portman’s latest ad will run on Spanish-language stations in Ohio, such as Univision and Telemundo, along with sports events that are broadcast in Spanish on satellite.

Cleveland.com: As part of the $250,000 ad launch to reach Spanish-speaking Buckeye voters through TV and online platforms, the campaign will also send out an email to supporters from NFL Hall of Famer, Cincinnatian and Portman's Hispanic Leadership Council Chair, Anthony Muñoz.

You may click HERE or on the video below to watch “Mi prioridad.” 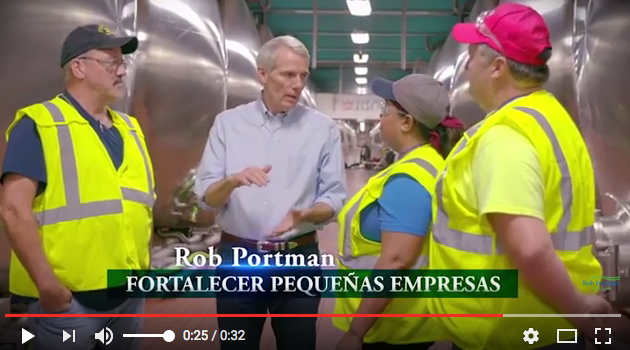 Background:
As part of the ad launch, the campaign also sent out the following email to over 500,000 supporters from NFL Hall of Famer, Cincinnati legend, and Portman for Senate Hispanic Leadership Council Chair, Anthony Muñoz:

I’ve known Rob Portman for over 20 years, and I’m honored to call him a friend and co-chair his Hispanic Leadership Council. Rob's top priority in the Senate is to create better-paying jobs for working families, and the campaign highlights his work in his new Spanish-language TV ad.

Rob is a leader on so many issues that impact our state, and he's fighting to improve job-training programs, cut regulatory red tape and strengthen small businesses. Rob wants every working family to have access to a good-paying job, and he will keep fighting for Ohio's working families in the Senate.

You may click here to watch the Portman campaign's latest ad. Rob is the type of person Ohio needs in the U.S. Senate, and I hope you'll join me in supporting him on Election Day!

In June, the Portman for Senate campaign announced the launch of its sixth coalition with the addition of its Hispanic Leadership Council. Chaired by NFL Hall of Famer Anthony Muñoz of Cincinnati with co-chairs Juan Jose Perez of Columbus, Donna Alvarado of Granville, Bernie Moreno of Cleveland and Grace Ramos of Beavercreek, the group helps advise Senator Portman on issues impacting the Hispanic community and help spread the word about Portman’s efforts to create jobs and opportunity for all Ohioans. 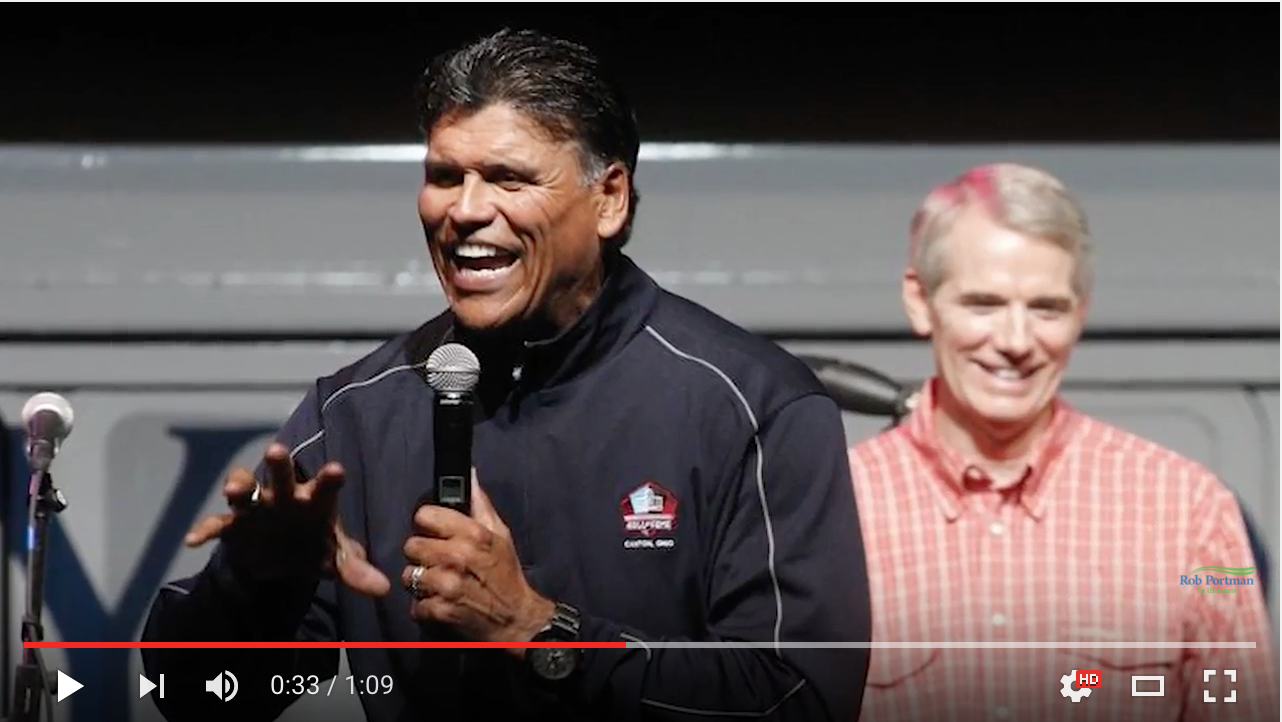 As your Senator, my priority is to create better jobs.  I know how hard you work to pay your bills. I want every family to have access to a good-paying job. I’d be honored to have your vote.

I’m Rob Portman and I approved this message.