This weekend, the Portman campaign's "Super Saturday" push resulted in over 41,000 voter contacts through its door-to-door and phone programs with the help of over 800 volunteers in a single day. On Saturday, Rob traveled the state making stops in Cincinnati, Dayton, Columbus, Akron, and Cleveland, and his wife Jane made additional stops in Delaware and Zanesville. On Sunday, the campaign visited Toledo to open its fifth field office, and it now has offices open in Cincinnati, Columbus, Cleveland, Dayton, and Toledo.

The campaign is prepared for a tough election next year, and the Republican Party showed this weekend that it is united around Rob. The entire GOP congressional delegation, all Republican statewide elected officials, and ORP Chairman Matt Borges helped the campaign throughout Saturday. Since May 1st, the Portman campaign has contacted over 700,000 voters through its door-to-door and phone programs. The campaign also recently launched its African American Leadership Council, Veterans Leadership Council, and Students for Portman coalition; more coalitions will launch in the coming weeks.

Click here to watch a recap of the day. 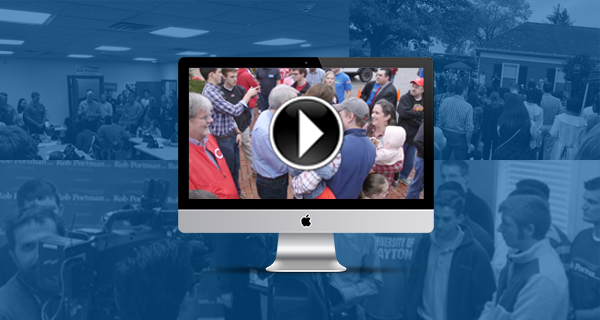 Photos from the events: 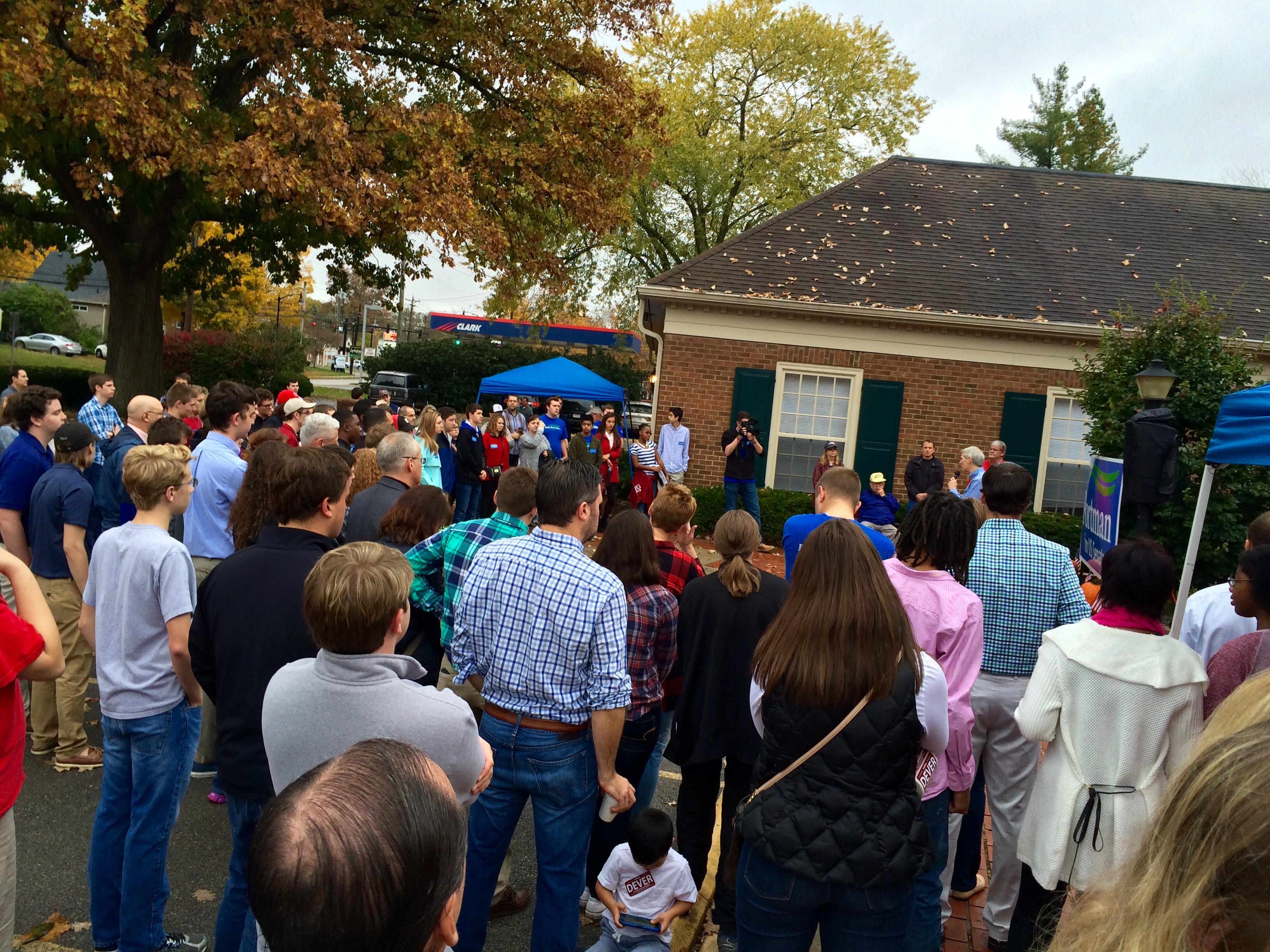 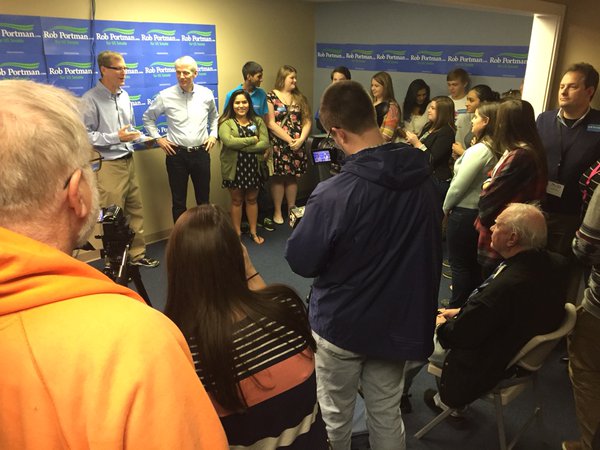 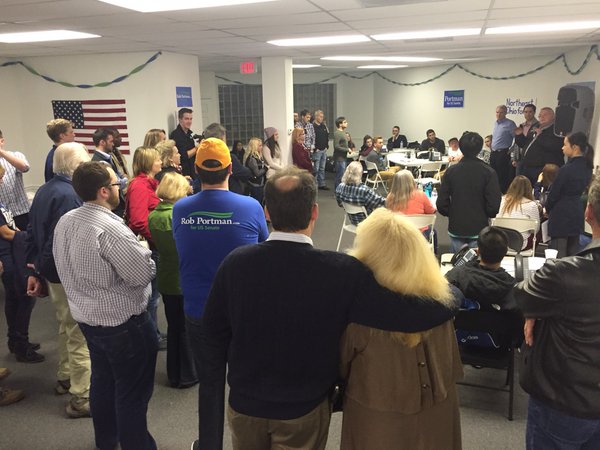 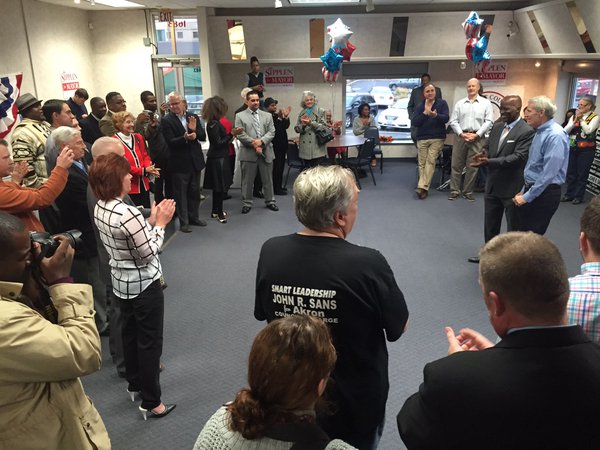 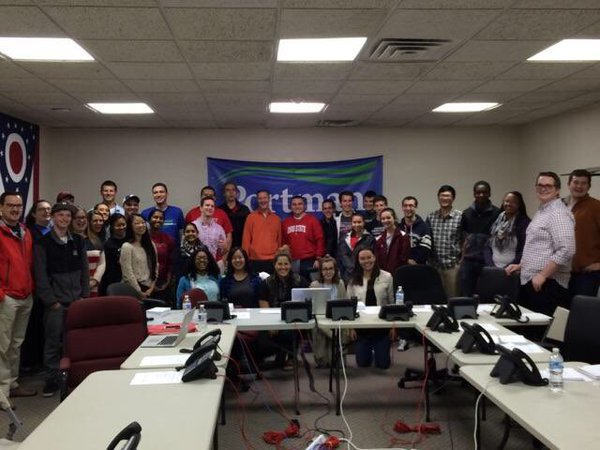 Senator Rob Portman opened a new campaign office in Toledo on Sunday. It comes one day after what his campaign called "Super Saturday," a grassroots organizing day throughout the state. ... In all, more than 41,000 contacts were made with potential voters.

"Toledo is going to be a core part of the state for us. It's an area where there are a lot of undecided voters and a lot of independent voters. We want to be sure people know about the good work we've done on things like algal blooms, human trafficking and drug addiction. But also what our hopeful plans are for the future."

Hundreds of volunteers spent the day reaching out to more than 25,000 Ohio voters.
“We’re here with a lot of students from University of Dayton, Wilmington College, and other schools,” said Senator Rob Portman, (R) Ohio. “Just a lot of great volunteers who believe that this election is so important, they want to get out and spread the word.”
In addition to his Dayton stop, Senator Portman also visited offices in Cincinnati, Columbus, Akron, and Cleveland.

Get ready for the Rob Portman blitz.

Portman, who is running for re-election to the U.S. Senate, is planning a Saturday campaign event that will boast more than 700 volunteers across the state knocking on doors and making calls. The goal is to make 25,000 voter contacts on one day.

Portman himself will be meeting with volunteers in his campaign offices in Cincinnati, Dayton, Columbus and Cleveland.

U.S. Sen. Rob Portman is making a grassroots push across Ohio more than a year before he faces re-election in one of the nation’s most closely watched races.

The Cincinnati Republican planned to mobilize volunteers in Cincinnati, Dayton, Columbus and Cleveland during the daylong Super Saturday push. The event’s goal is to make 25,000 phone and personal contacts with voters.