CLEVELAND, Ohio -- Yesterday, Rob participated in Team River Runner’s (TRR’s) fundraising event, Paddling for Patriots, which featured live demonstrations of their adaptive paddling programs for wounded and disabled service members and veterans. The event, sponsored by Marathon Petroleum Corporation (MPC), also featured a friendly kayak race between veterans using Team River Runner’s adaptive technology and Rob, who is an avid kayaker in his personal time. Here's a quick recap video from yesterday's event that we think you will enjoy: 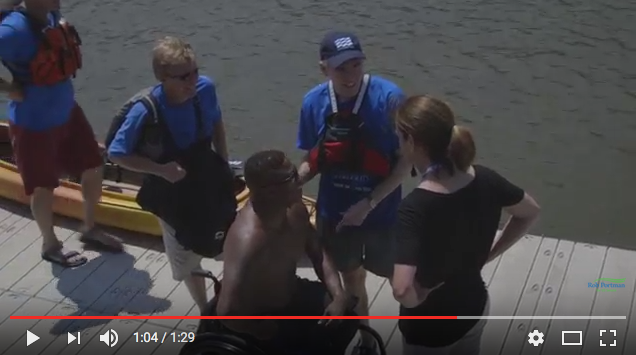 And here are some pictures: 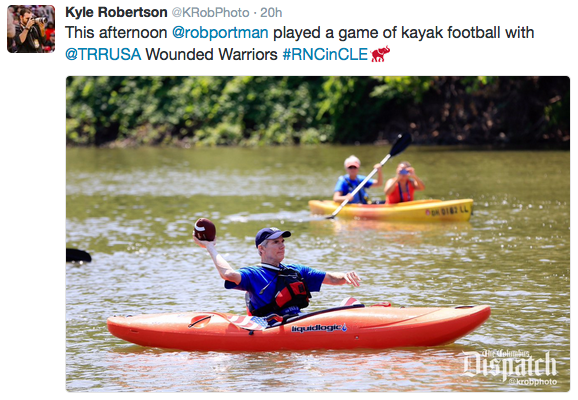 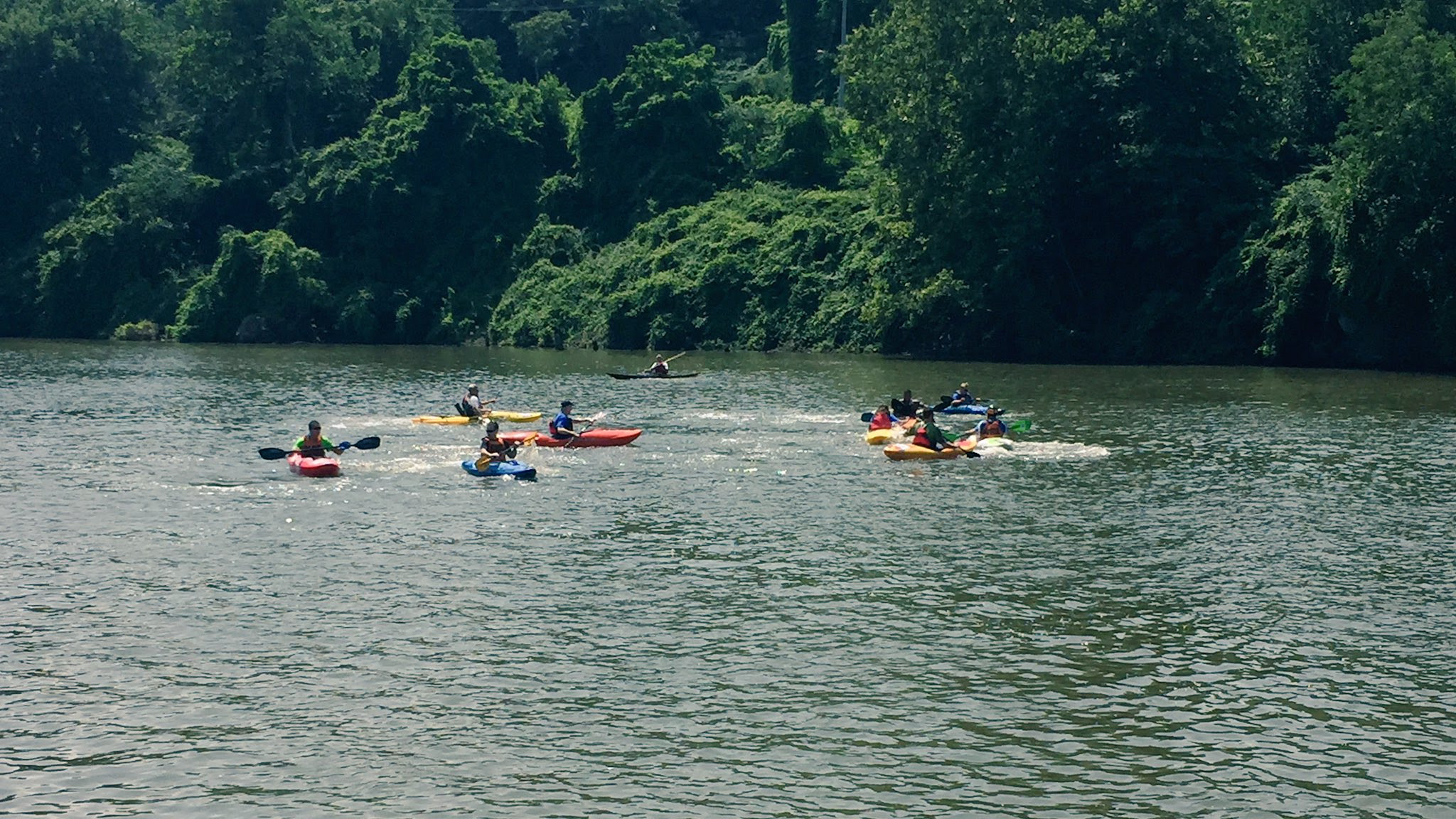 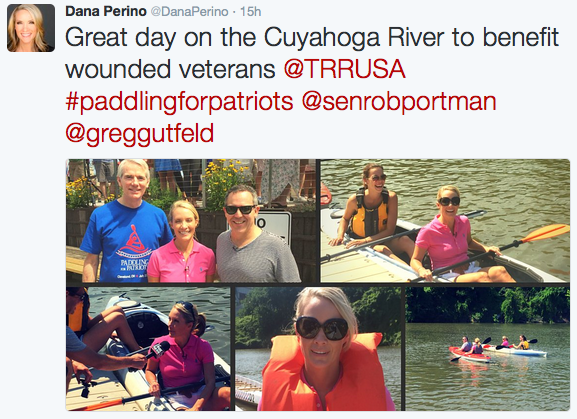 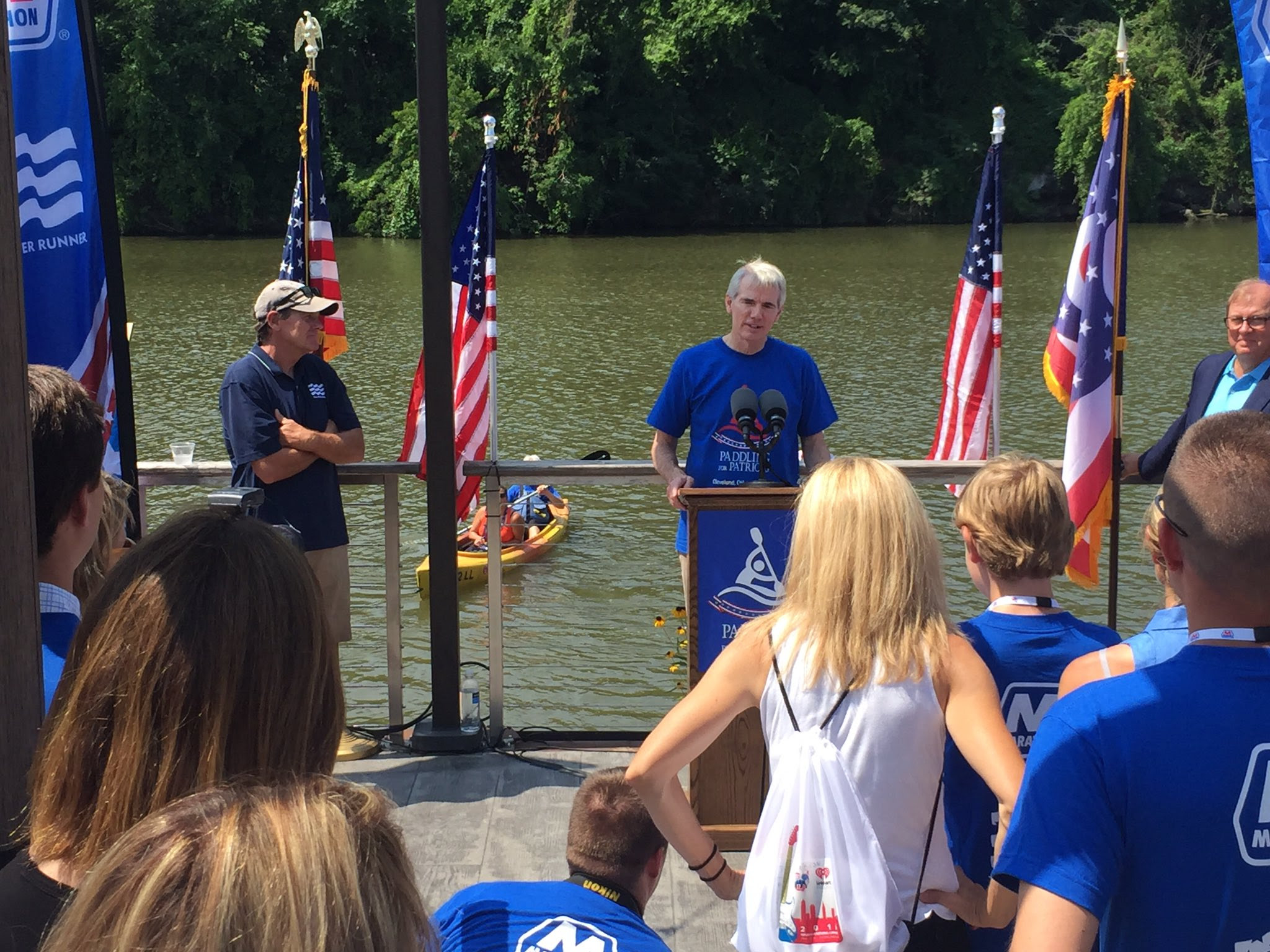 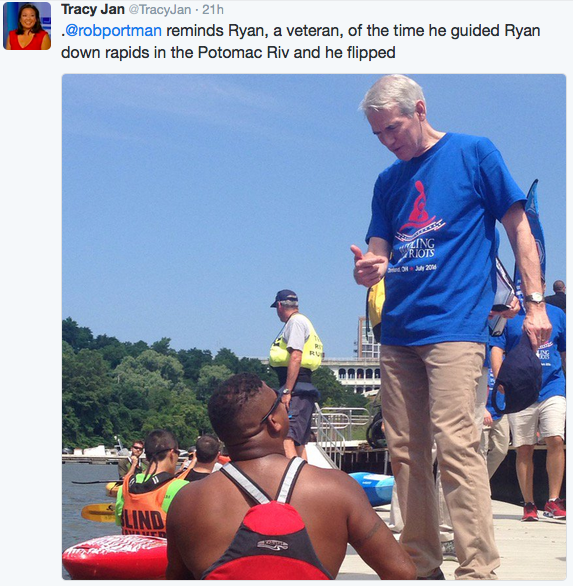 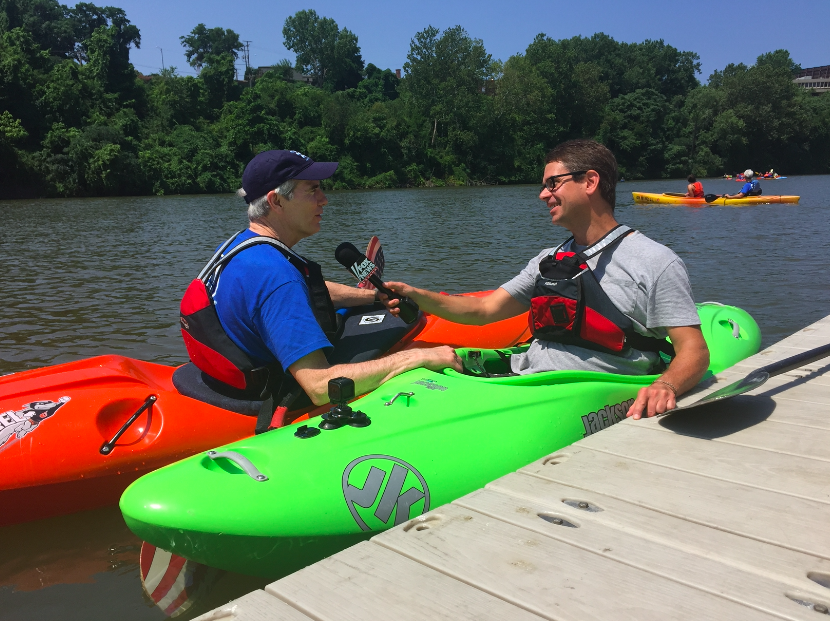 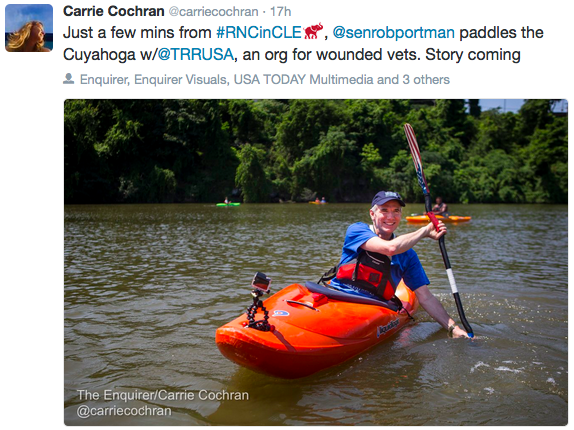 And here is what they had to say:

Cincinnati Enquirer: Rob "strained his red, white and blue kayak paddles into the Cuyahoga River in a race against retired Staff Sgt. Major Ryan Major, a veteran who uses a wheelchair after being hit by improvised explosive device in 2006. Portman was no match for Major's strong, defined arms. The senator lost by more than a boat's length during a sunny Tuesday afternoon fundraiser for Team River Runners, a charity for wounded veterans that Portman volunteers with in Washington D.C."

Washington Free Beacon: Rob "participated in a kayaking race with wounded veterans on Tuesday, raising awareness and funds for an organization that helps disabled service members rehabilitate after returning from the battlefield. Portman has been volunteering with Team River Runner since his years serving as a U.S. trade representative in the George W. Bush administration. Team River Runner is a non-profit organization with chapters throughout the country that teaches thousands of active-duty military members and veterans how to kayak as a means to healing mentally and physically."

Boston Globe: Senator Rob Portman is among a handful of Republicans holding events in Ohio this week separate from the GOP convention. As convention entered its second day, Portman led a kayak trip on the Cuyahoga Rover in support of an organization that aids wounded veterans.

New York Times: "Mr. Portman’s wife, Jane Portman, joined her husband at the wounded veterans’ event Tuesday morning... “This is just how he rolls,” she said. “He’s a positive, optimistic person. These are activities that he’s been involved with and engaged with for years and years. They are positive and they are hopeful, and they lift people up and they pull people together.”

Rob has also worked to make sure VA resources are focused on our veterans – and not union activities. He introduced the Federal Employee Accountability Act, a bill that reduces the wrongly-named “official time” - time dedicated to political union activities that have nothing to do with the official work of the VA.  A report from the Office of Personnel Management showed that the government spent $155 million on 3.4 million hours of this so-called “official time” in 2011. This activity is an unacceptable use of taxpayer dollars, especially while so many of our veterans are awaiting responses on their claims.

Leading the Fight on the Comprehensive Addiction and Recovery Act (CARA):
Rob is a national leader in the fight to combat the prescription drug and heroin epidemic. Working with Ohio veterans, Rob crafted the Comprehensive Addiction and Recovery Act (CARA) in an effort to provide additional help and resources to veterans struggling with drug addiction. Specifically, CARA gives the Attorney General authorization to award grants to Veteran Treatment Courts as well as increases veteran access to drug courts as they recover. Last week, CARA passed the U.S. Senate by an overwhelming vote of 92-2.

Listening to Ohio Veterans’ Concerns:
Rob has hosted five Veterans Townhall Meetings across Ohio to hear directly from veterans. These include their concerns on compensation benefits, access to medical care, and their perceptions about the Department of Veterans Affairs overall.

Helping Ensure Returning Veterans Can Return to their Jobs:
Rob cosponsored legislation that allows Guardsmen and Reservists employed at the Transportation Security Administration (TSA) to return to their jobs after they return from being called to active duty.  The jobs of all other non-military public and private sector employees called up to duty are protected under the Uniformed Services Employment and Reemployments Rights Act (USERRA).  The legislation required TSA to comply with USERRA.