COLUMBUS, Ohio – Yesterday, the Portman for Senate Campaign released its latest TV ad titled “Hero" featuring Keith Maupin, father of Staff Sgt. Matthew Maupin who tragically lost his life while fighting for our country in Iraq. Keith details Staff Sgt. Maupin's story and the importance of supporting our troops and veterans, saying, "I know that Rob Portman cares about the troops, and he cared about Matt. Rob knows how to get things done. He keeps pushing for what we need to get done for our vets, and I don't know anybody else that could do a better job for our veterans than Rob Portman." "Hero" is running statewide in Ohio on TV and online. In case you missed it, here is what they had to say:

Columbus Dispatch: Sen. Rob Portman is out with a new ad today – and it’s one featuring the father of an Army Staff Sargent from southwest Ohio who was killed in Iraq. The 60-second ad, titled “Hero,” describes how Staff Sgt. Matt Maupin went to Iraq and was captured. In the ad, Maupin’s father Keith talks about the importance of caring for veterans, arguing that Portman, a Republican who is seeking his second term in the Senate, is doing good work for veterans.

The Hill: Sen. Rob Portman’s campaign launched a new TV ad Thursday touting the Ohio Republican’s commitment to the military and veterans. The minute-long spot, titled “Hero,” features Keith Maupin, the father of a fallen soldier in Iraq. His son, Staff Sgt. Matthew Maupin, was captured in Iraq and died in 2008. The ad started running Thursday statewide and is also online.

Roll Call: Despite the downturn in support for his Democratic opponent, Ohio Republican Sen. Rob Portman is not letting up on his ad blitz in his race for re-election.  In his latest ad, which will run statewide, Portman features the father of Staff Sgt. Matthew Maupin, who was captured and killed in Iraq.  Maupin's father says Portman "cares about the troops." In May, Portman's campaign said it would reserve $15 million in advertising through Election Day.

Politico: Portman debuts testimonial ad on vets: The father of a fallen Iraq soldier stars in a new, 60-second TV ad that GOP Sen. Rob Portman’s campaign is airing in Ohio. “You send these guys to war, then you need to take care of them when they get back, whatever it takes that you need to do,” Keith Maupin, the father of Matt Maupin, says in the ad. “I know Rob Portman cares about the troops and he cared about Matt.”

Cleveland.com: The new 60-second ad is titled "Hero" stars the father of fallen Army Staff Sgt. Matthew Maupin, of Batavia, and will air across Ohio and online.

You may click HERE or on the video below to watch “Hero." 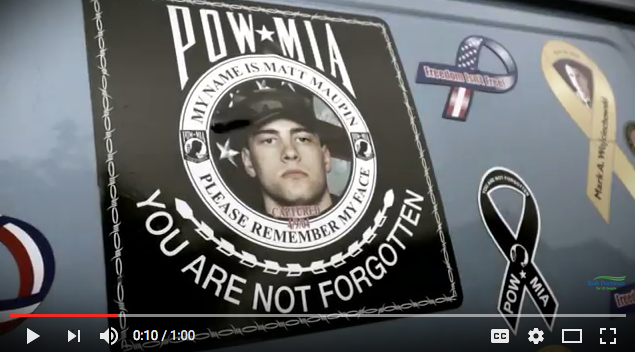 Ad Transcript:
Keith Maupin: His name was Matt and he went to Iraq, got ambushed, and he was captured. They found Matt March 21st of 2008. Freedom is not free and Matt was willing to pay that price - and he did. And I think that is what I would like for people to remember. There are things that you can change and things that you can't change. We can't change yesterday what happened to Matt, but we can make a difference for those that are going over there today. You send these guys to war and you need to take care of them when they come back - whatever it takes that you need to do, and I know that Rob Portman cares about the troops and he cared about Matt. Rob knows how to get things done. He keeps pushing for what we need to get done for our vets, and I don't know anybody else that could do a better job than Rob Portman. 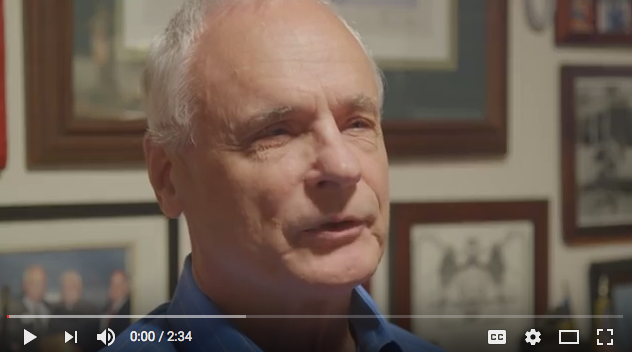