COLUMBUS, Ohio – Today, the Portman for Senate campaign announced it purchased a Snapchat "geofilter" surrounding Hillary Clinton and Elizabeth Warren’s event at the Cincinnati Museum Center at Union Terminal. Snapchat users in the vicinity of the event will be reminded that Ted Strickland turned his back on Ohio and moved to Washington, D.C. for a $250,000 job lobbying for an anti-coal, pro-tax liberal special interest group. 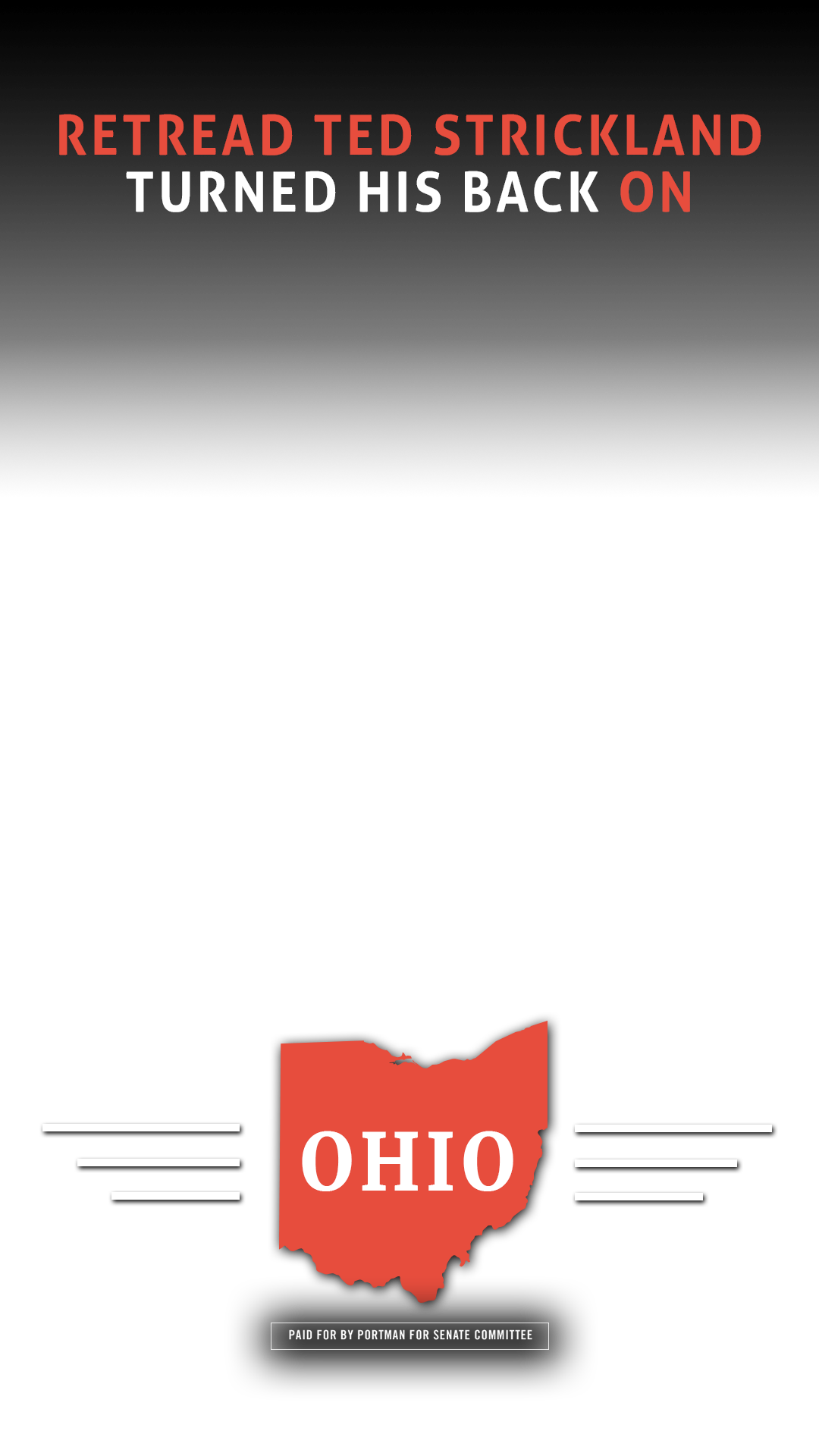 “Today, Ted Strickland is doubling down on supporting the liberal progressive agenda instead of Ohio as he joins Hillary Clinton and Elizabeth Warren in Cincinnati. This comes as no surprise considering that after Ohio fired him as governor, Strickland turned his back on Appalachia, moved to D.C., and was paid $250,000 at his Washington, D.C. ‘dream job’ running the lobbying arm of an anti-coal, anti-gun, pro-tax, pro-Obamacare liberal special interest group,” Portman campaign spokesperson Michawn Rich said. “Today, we are using Snapchat to remind Ohioans that Retread Ted has changed, gets ‘more progressive by the day,’ and no longer represents the values of the people he used to represent. By November 8th, we'd be shocked if anyone in Appalachia supports him other than his relatives and campaign staff.”

Background:
“I’m a progressive Democrat,” Strickland declared, “and I’m getting more progressive by the day.” (Plunderbund, 4/13/15)

Earlier this month, the United Mine Workers of America’s (UMWA) National Council of Coal Miners Political Action Committee (COMPAC) endorsed Rob Portman for reelection to the U.S. Senate. COMPAC endorsed all of the Ohio Democrats running for office in 2006, 2010, 2012, and 2014.