COLUMBUS, Ohio -- The Portman for Senate Campaign had another impressive week. Most notably, Rob’s bipartisan Comprehensive Addiction and Recovery Act (CARA) passed the U.S. Senate by an overwhelming vote of 92-2 and a new poll was released showing him ahead 47-40.

Meanwhile, Ted Strickland's campaign was forced to spend the week on defense after a new Q Poll showed him down 7 points and underwater with a negative image as more Ohioans view him unfavorably than favorably. Ted Strickland has a Name ID problem: if you know him, you don't like him. Strickland used Thursday afternoon for a news dump of a disappointing $1.9 million raised (not a typo) in the second quarter. His lackluster, low-energy fundraising report is the latest disappointment to the dismay of national Democrats and Harry Reid’s Super PAC, which is being forced to spend millions of dollars to paper over Ted’s horrible record.

Tuesday, July 12th:
On Tuesday, the Portman for Senate Campaign did a throwback of this scathing report in the Columbus Dispatch showing that women comprised just 37 percent of all appointments Ted Strickland made during his time as Governor. The report also showed that on Strickland’s watch there was a 20 percent pay gap for women in top state jobs and that on average, female employees earned $2.17 an hour less than their male counterparts. An official with the Institute for Women’s Policy Research even called the pay gap “significant.” Below are some excerpts from the report, which may be viewed in its entirety by clicking HERE.

Overall, female state employees earned on average $2.17 an hour less than their male colleagues. That's an improvement from 2007, when women were paid $2.70 an hour less.

Still, Hegewisch said a 20 percent wage gap between men and women in top state jobs is significant. "The highest-paid jobs often have larger gaps, but it surprises me that there is such a marked difference," she said. "Generally, in the public sector, they have been fairly good at narrowing the wage gap."

Of Strickland's 1,725 appointments to boards and commissions since taking office in 2007, 37 percent were women and 16.5 percent were minorities.

Wednesday, July 13th:
Rob’s bipartisan CARA passed the U.S. Senate Wednesday by an overwhelming vote of 92-2. It’s important to note, as ABC news pointed out, “no Democratic senator opposed the bill.” The Senate's passage of CARA is an important step towards tackling the heroin and prescription drug epidemic gripping families across Ohio. Rob's bill expands education and prevention efforts, helps law enforcement reverse overdoses to save lives, and expands treatment and recovery programs.

Here is what they had to say:
Cleveland.com: “Yet no other bill in his five-plus years in the Senate has received this level of personal passion from Portman.”

Columbus Dispatch: "The bill was the handiwork of Portman, Republican Kelly Ayotte of New Hampshire and Democrats Amy Klobuchar of Minnesota and Sheldon Whitehouse of Rhode Island."

Cincinnati Enquirer: “Supporters of the bill, which passed the Senate 92-to-2 and is expected to be signed by President Obama, said it would dramatically change the trajectory of the addiction crisis that has ravaged the nation...”

On Wednesday, the Portman for Senate Campaign announced its plans to host a Volunteer Appreciation Event next week during the RNC. The grassroots program will feature over 400 Rob Portman interns and volunteers from each of the campaign’s 10 field offices who will fill an auditorium on the Tri-C Metropolitan Campus for an exclusive opportunity to hear from Rob, top campaign staff, and national Republican leaders including Former Speaker of the House Newt Gingrich and U.S. Senator Joni Ernst.

Here is what they had to say:
Roll Call: Gingrich, Ernst to Speak at Portman Event in Cleveland
Morning Consult: Kayaking and Volunteering on Deck for Portman During Convention
Cleveland.com: Newt Gingrich and Joni Ernst to headline RNC week event for Rob Portman volunteers

Thursday, July 14th:
Rob appeared on CNN's New Day to discuss how his bipartisan CARA will help those suffering with addiction. You may click HERE or on the video below to watch. Despite Harry Reid's Super PAC spending over $7.5 million on attack ads in June and July against Rob, Quinnipiac University released a poll Thursday showing Rob beating Ted Strickland 47-40. Ted Strickland is underwater with a negative image of 38-42 compared to Rob's image of 40% favorable, 32% unfavorable. Since the Q poll first polled this race in April of last year, Ted's image has worsened with each poll. Don’t just take our word for it, here is what they had to say:

Strickland used Thursday afternoon for a news dump of a disappointing $1.9 million raised (not a typo). His lackluster, low-energy fundraising report is the latest disappointment to the dismay of national Democrats and Harry Reid’s Super PAC, which is being forced to spend millions of dollars to paper over Ted’s horrible record. Here is a look at Ted’s fundraising compared to other Senate Democrat Challengers:

And here is what they had to say: 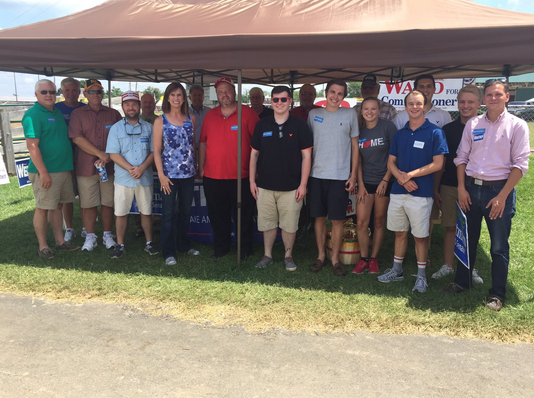 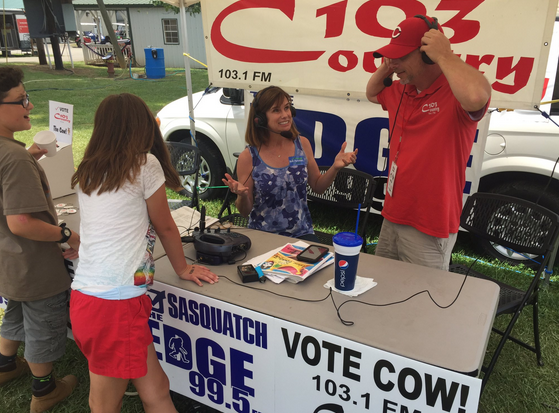 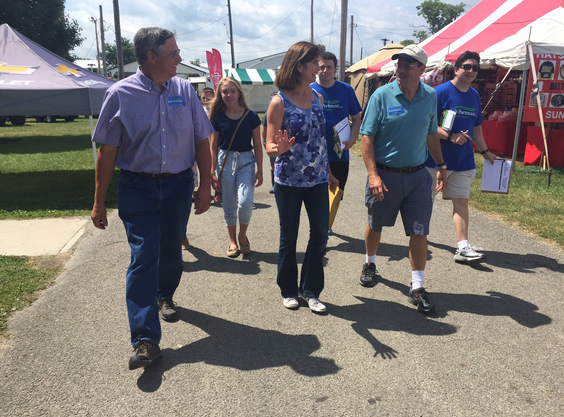 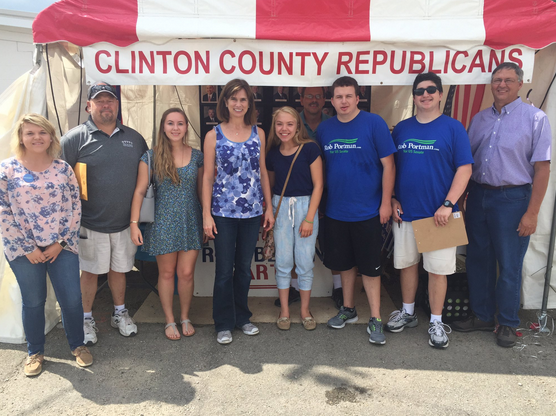