A Tale of Two Weeks: Another Week, Another Union Abandons Strickland

COLUMBUS, Ohio – This week, the Portman for Senate Campaign had another impressive week, beginning with the release of its latest TV ad, "Teamsters," featuring Sonny Nardi, Secretary-Treasurer of Teamsters Ohio D.R.I.V.E.. Earlier this year, the Ohio Conference of Teamsters, representing over 50,000 members from across Ohio, endorsed Rob in his re-election campaign for the U.S. Senate. The campaign also released a new web video featuring Rob's daughter Sally talking about lessons she learned from her dad.

In other union news, ACT Ohio, the political arm of the Ohio State Building and Construction Trades Council (OSBCTC) – an AFL-CIO affiliated union representing more than 94,000 construction workers in Ohio – announced their decision to stay neutral in the Ohio Senate race despite endorsing Ted Strickland in previous races.

Meanwhile, Ted Strickland started off his week with another gaffe, faced more bad press showing his campaign is struggling to gain traction, and sent emails to supporters with subject lines like, “Falling behind isn’t an option,” "I need your help—not theirs,” and our personal favorite, “Portman WINS.”

Monday, September 12th:
This is how Ted Strickland started his week off:

In other news, the National Association of Women Business Owners (NAWBO) announced its endorsement of Rob in his re-election bid to the U.S. Senate. Teresa Meares, NAWBO National Board Chair said, “Senator Portman’s extensive experience in both the public and the private sectors allow him to understand the issues impacting women entrepreneurs and the opportunity to work on solutions to the obstacles they face.  We are pleased to endorse him and look forward to working with him on behalf of all women business owners in Ohio and across the country.”

Finally, in an op-ed in the Cincinnati Enquirer titled, “Need to put a stop to deadly mail” Rob detailed his response to the growing threat of fentanyl and carfentanil in Cincinnati and communities throughout Ohio and highlighted his recent legislation, the Synthetic Trafficking and Overdose Prevention (STOP) Act. Be sure to click HERE to read Rob’s op-ed.

Tuesday, September 13th:
While Ted Strickland and his fellow Democrats may have cancelled their TV ads, the Portman for Senate campaign released its latest TV ad, "Teamsters," featuring Sonny Nardi, Secretary-Treasurer of Teamsters Ohio D.R.I.V.E.. Earlier this year, the Ohio Conference of Teamsters, representing over 50,000 members from across Ohio, endorsed Rob Portman in his re-election campaign for the U.S. Senate. "Teamsters" is running statewide and is a part of the campaign's $15 million ad reservation. Click HERE or on the video below to watch "Teamsters."

In an article titled, “Why Rob Portman is Crushing His Opponent,” National Review highlights Rob’s support from “unlikely places around the state” and the Portman for Senate Campaign’s grassroots efforts saying, "the campaign will have knocked on 5 million doors in Ohio by Election Day.” Of Rob’s opponent the article adds, “Strickland first ran for Congress in 1976 as a pro-gun, pro-coal Democrat. After landing at a liberal think tank in Washington, D.C. following his governorship, he had a difficult time explaining where he stood...” You may click below to read the article in its entirety.

Wednesday, September 14th:
Here is what they had to say about the Portman for Senate Campaign’s “Teamsters” TV ad:

In other news, Ted Strickland slipped further and further in two new polls:

Thursday, September 15th:
The Portman for Senate Campaign released a new web video featuring Rob's daughter Sally talking about lessons she learned from her dad. In the video Sally says, "My dad has taught me the values of hard work, public service, and giving back...I think the only way to work as hard as he does is to really care." You may click HERE or on the video below to watch. 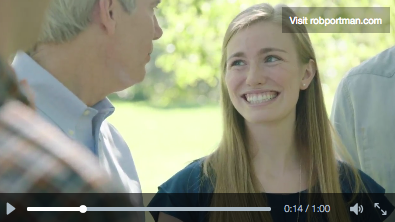 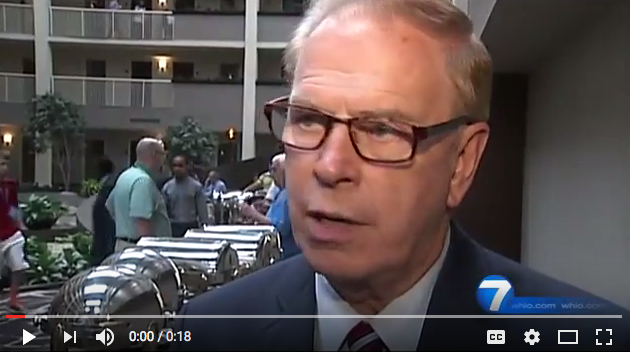 Friday, September 16th:
This morning the Cincinnati Enquirer took a deep dive into just how much Ted Strickland has changed and subsequently all the support he has lost along the way. You may click below to read the article in its entirety.

Finally, the Youngstown Vindicator published a column showing just how much Ted Strickland's campaign is struggling saying, "US Senate race in Ohio failing to live up to pre-election hype" and "all signs point to Rob Portman winning a re-election bid." You may click below to read the column in its entirety.