COLUMBUS, Ohio – Yesterday, Rob wrapped up a successful day 15 of his "Countdown to Victory" RV tour making stops in Terrace Park, Dayton, Delaware, and Columbus to meet with and thank hundreds of interns and volunteers with less than three days until Election Day. The energy and excitement behind Rob's campaign can be felt all across Ohio and yesterday the campaign's grassroots efforts were on full display as more than 2,000 volunteers made just over 175,000 targeted voter contacts. Since May of last year, thousands of volunteers and interns have knocked on doors and made phone calls – including to 161,492 during our last Super Saturday – talking to more than 5.5 million voters about the issues they care most about and why Rob is the best choice in the race for Ohio’s U.S. Senate seat.

Rob's “Countdown to Victory” RV Tour continues on to Toledo and Cleveland today, and by Election Day the tour will have made 80 stops across 35 counties and cover over 4,000 miles. The stops have included meetings with members of our campaign's seven coalitions, union members who have endorsed Rob, and thousands of volunteers who - just like 22 out of 24 newspapers - agree Ohio can't afford to go back to the days of Ted Strickland's Ohio.

Within a few hours on the campaign trail last week, Ted Strickland was rained on, was heckled along with other Democrats by a man in a Chicago Cubs hat, and learned he was down 18 points in the latest poll. It was, as the children’s book says, a terrible, horrible, no good, very bad day. But Strickland, who hopes to unseat U.S. Sen. Rob Portman on Tuesday, has had his share of those lately. He entered the Senate race with the highest of expectations. Democrats called him key to the party’s effort to retake the Senate, and the party poured $20 million into his race. For a year, he led Portman in the polls and the race was on everyone’s list of the most competitive Senate contests. Then it fell apart...

Here is a review of day 15 of Rob's "Countdown to Victory" RV Tour:

Saturday, November 5th:
Rob and Jane delivered lunch to interns and volunteers at the campaign's field office in Terrace Park. Here is what WLWT had to say: 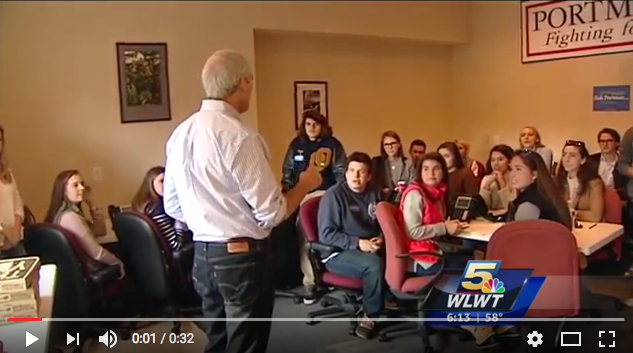 Here are some pictures from Rob's Terrace Park visit: 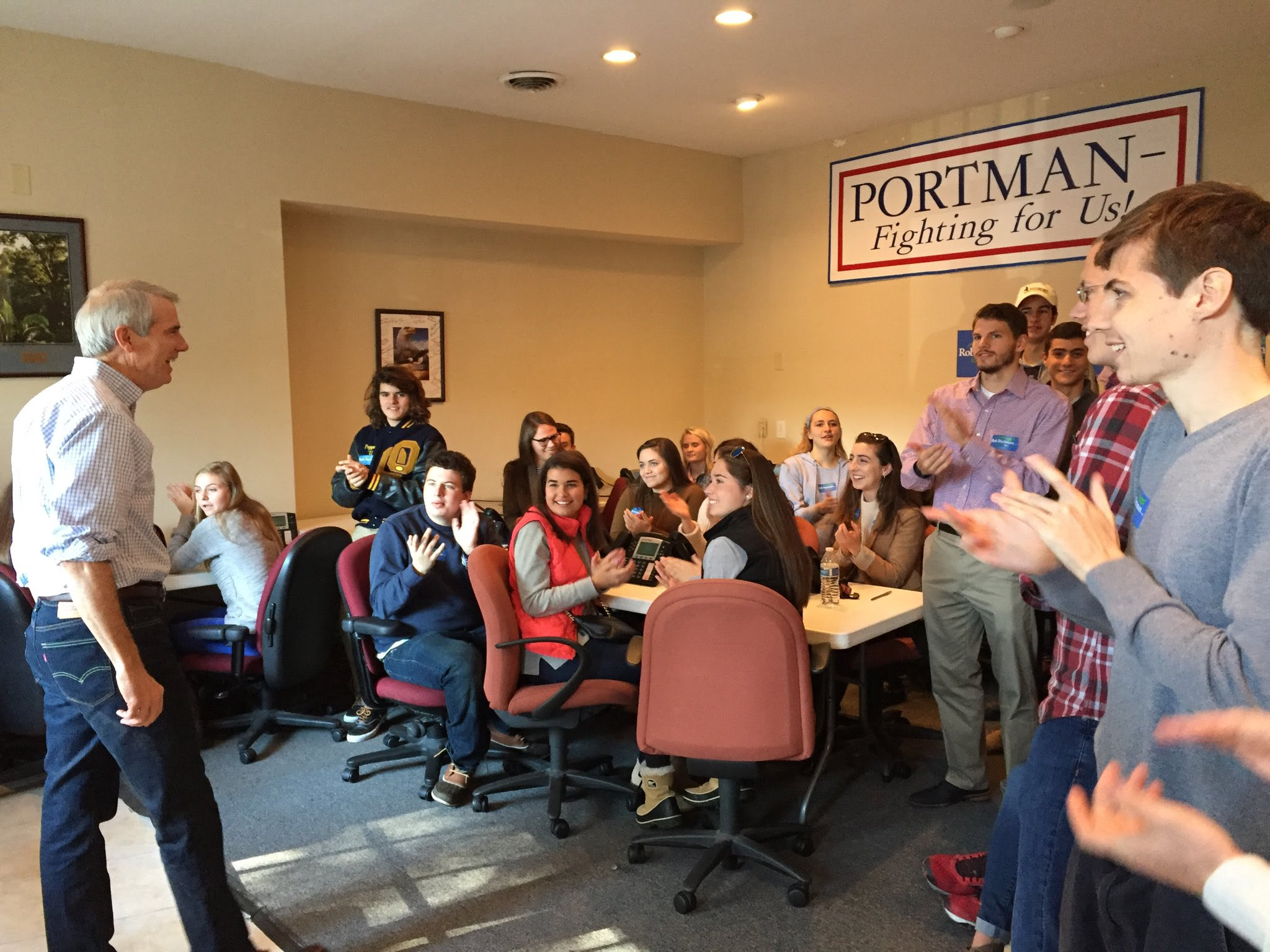 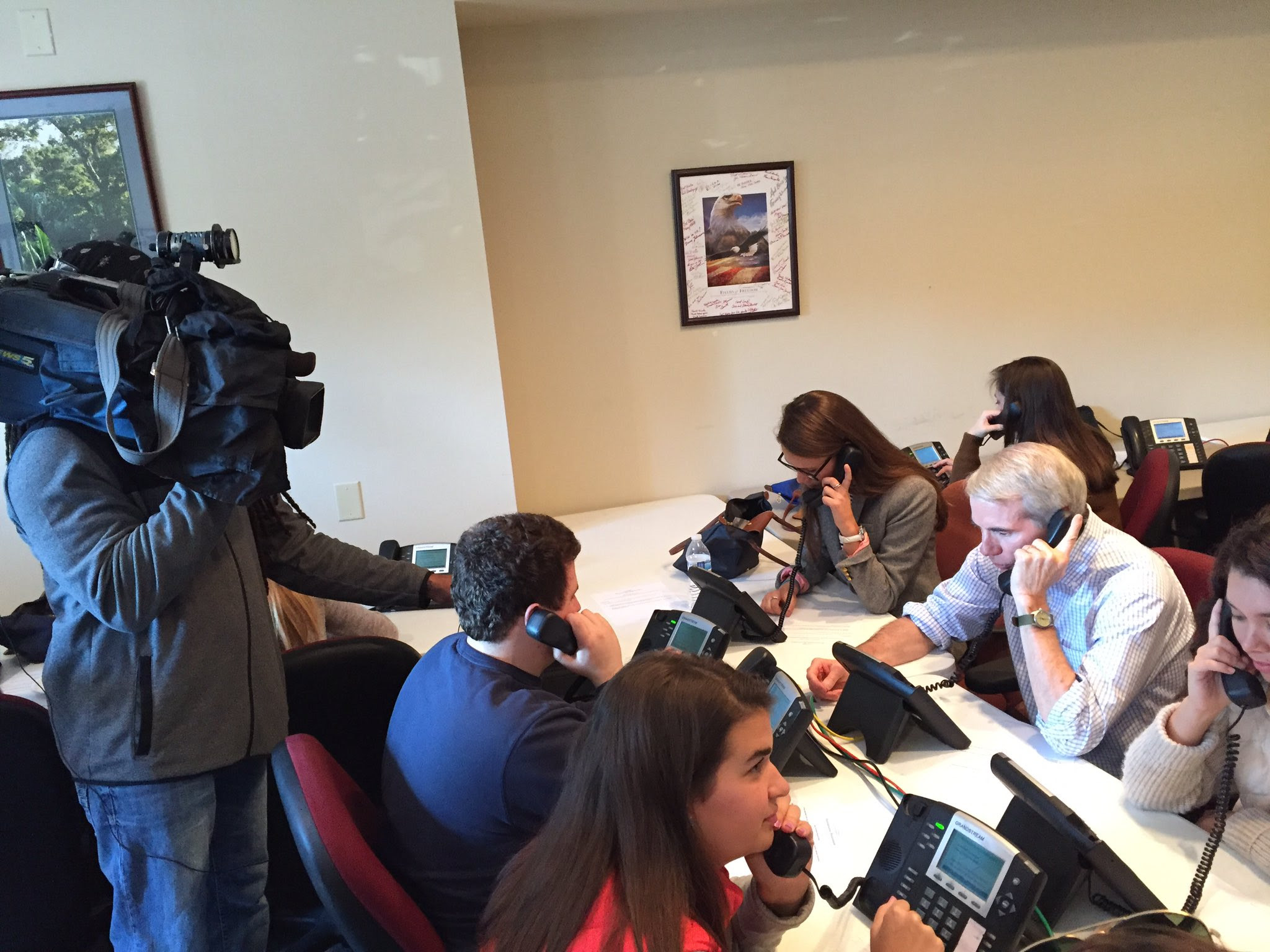 Next, the RV went north to Dayton where Rob met with some of his army of interns and volunteers to get them energized and excited for the final days of the campaign. These students and volunteers have powered our grassroots efforts, which recently surpassed 5.5 million voter contacts. Here is what WDTN and WRGT had to say: 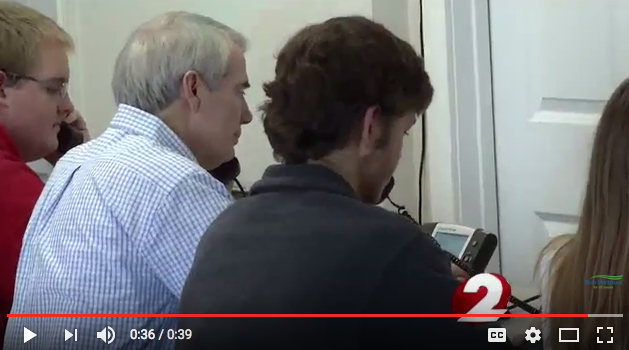 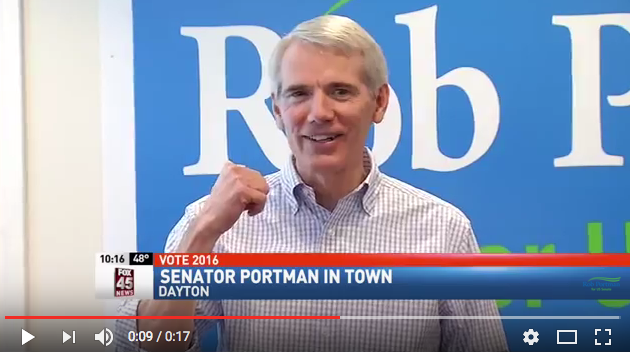 Here are some pictures from Rob's Dayton visit: 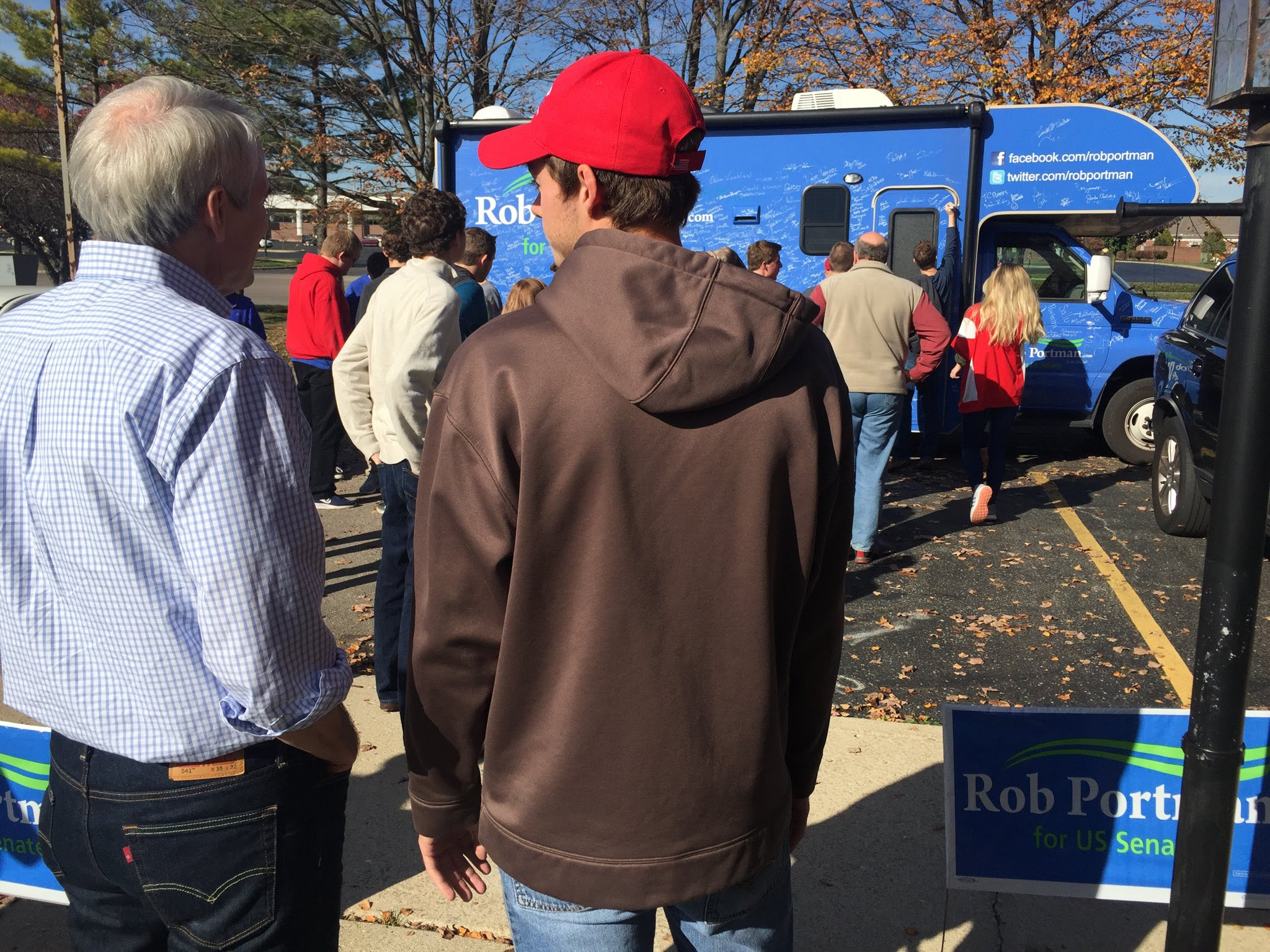 Next, Rob hit the road to Delaware where Congressman Pat Tiberi joined him to meet with and thank dozens of Portman interns and volunteers. Here is what WSYX had to say: 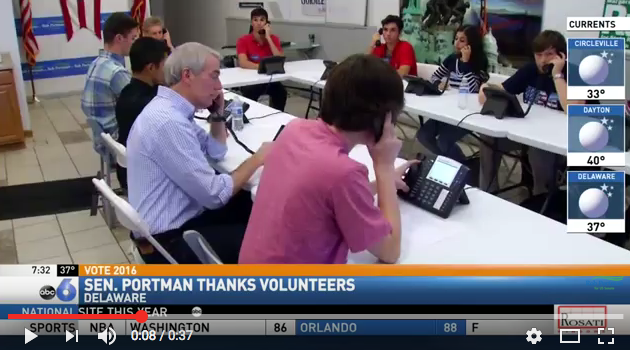 Here are some pictures from Rob's Delaware visit: 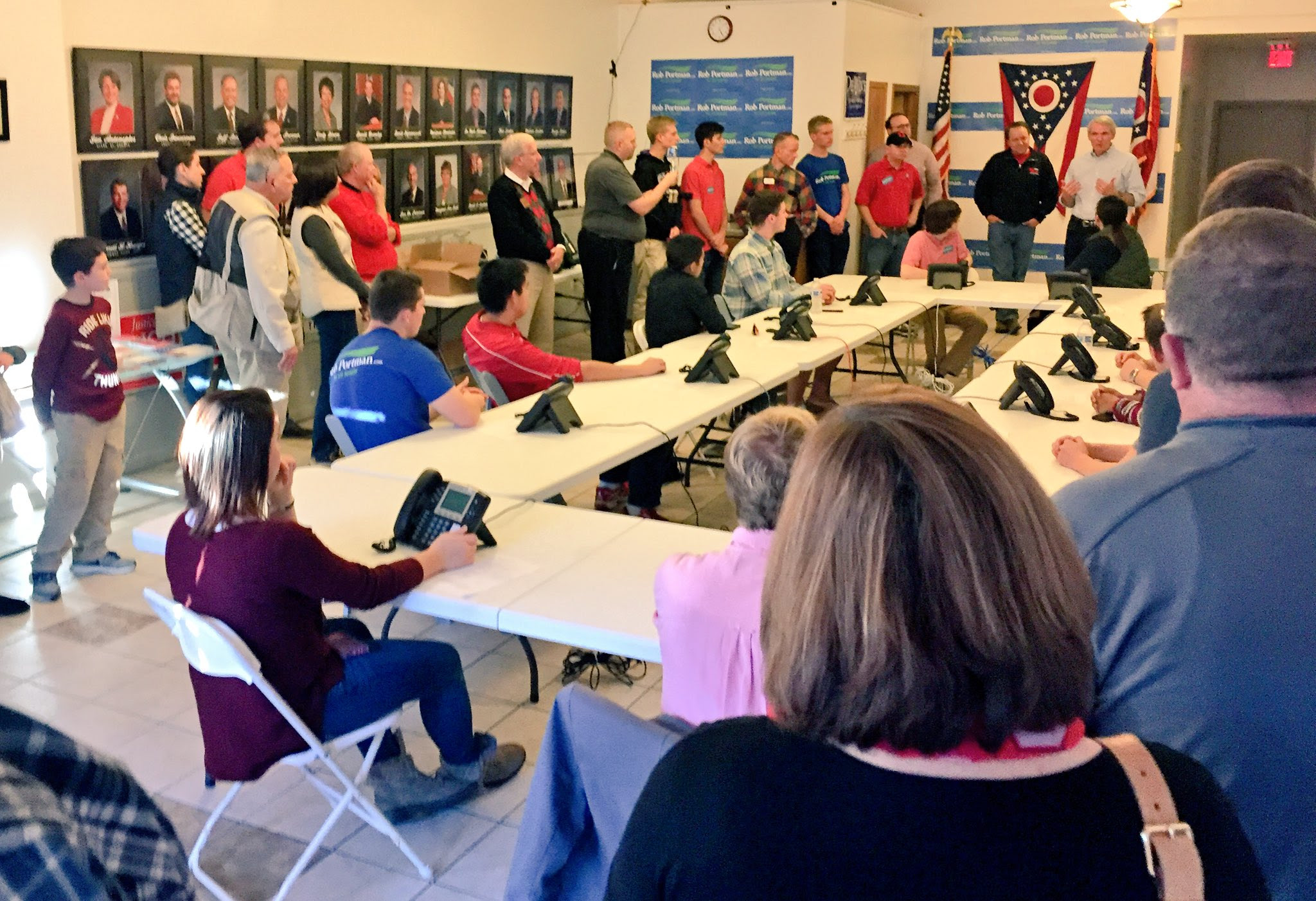 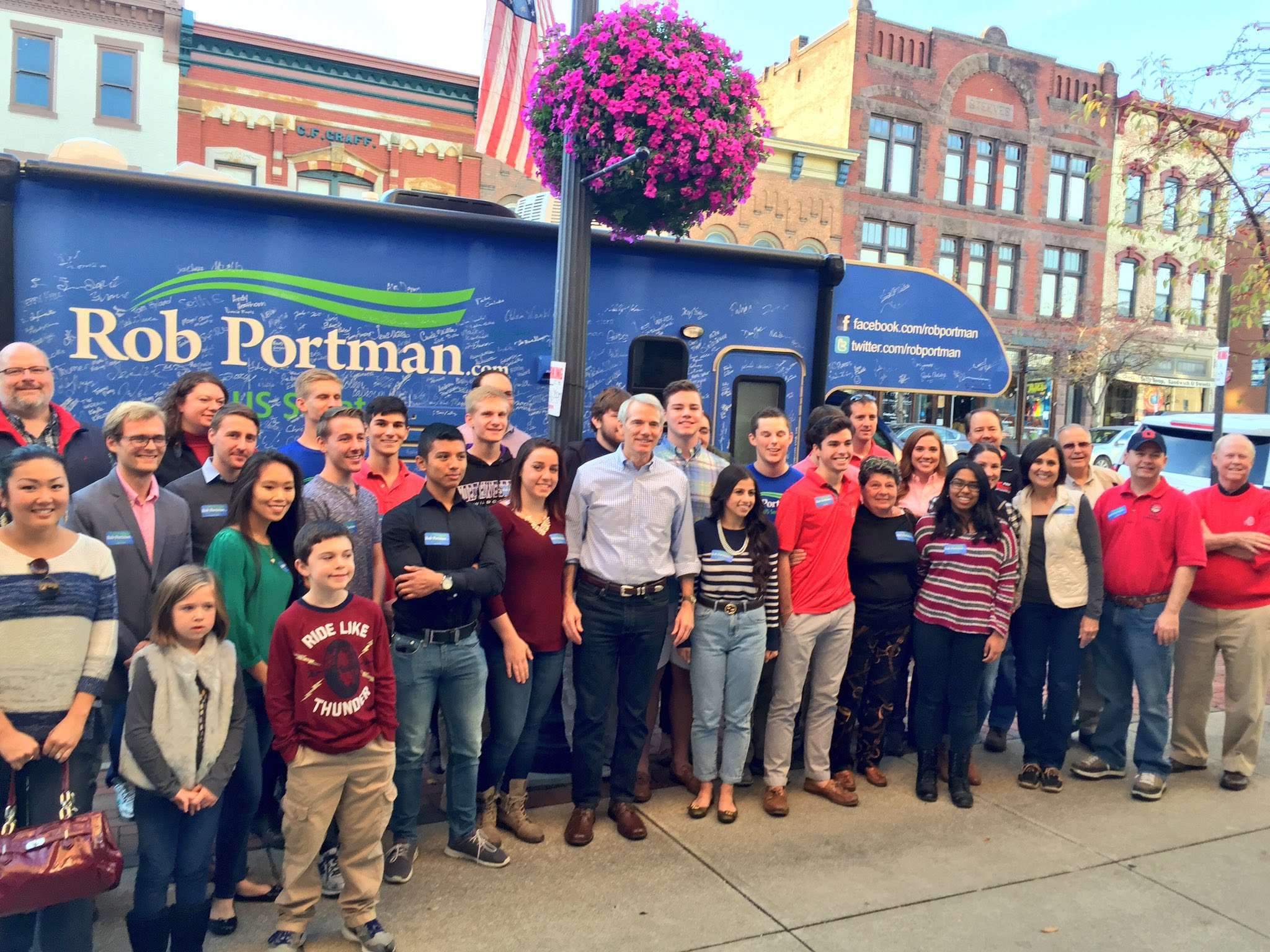 Finally, Rob, Jane, Will, and Sally made their way to The Ohio State University where they joined dozens of College Republicans for a tailgate before the Buckeyes took on Nebraska. Be sure to check out these great pictures from their stop: 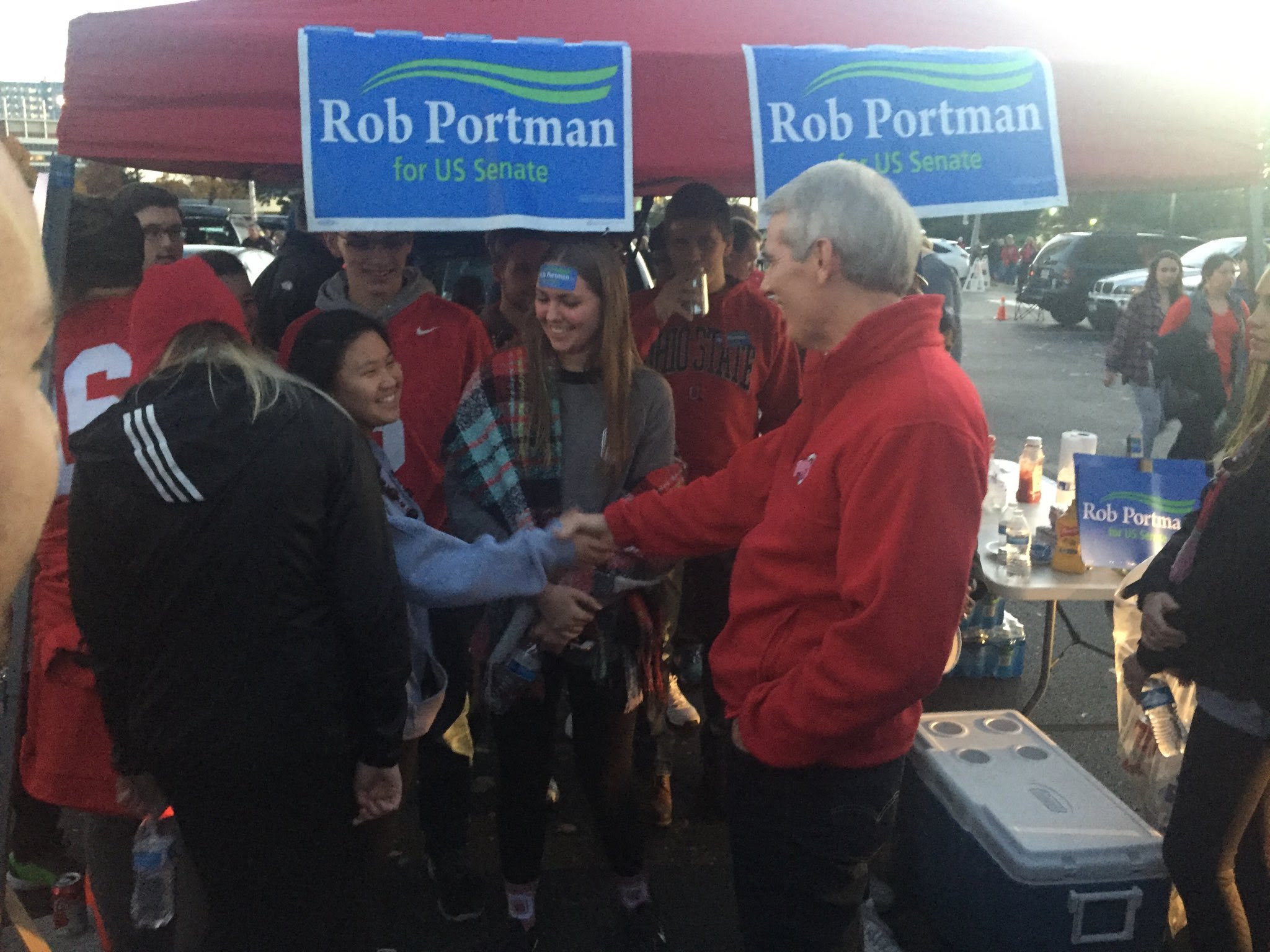 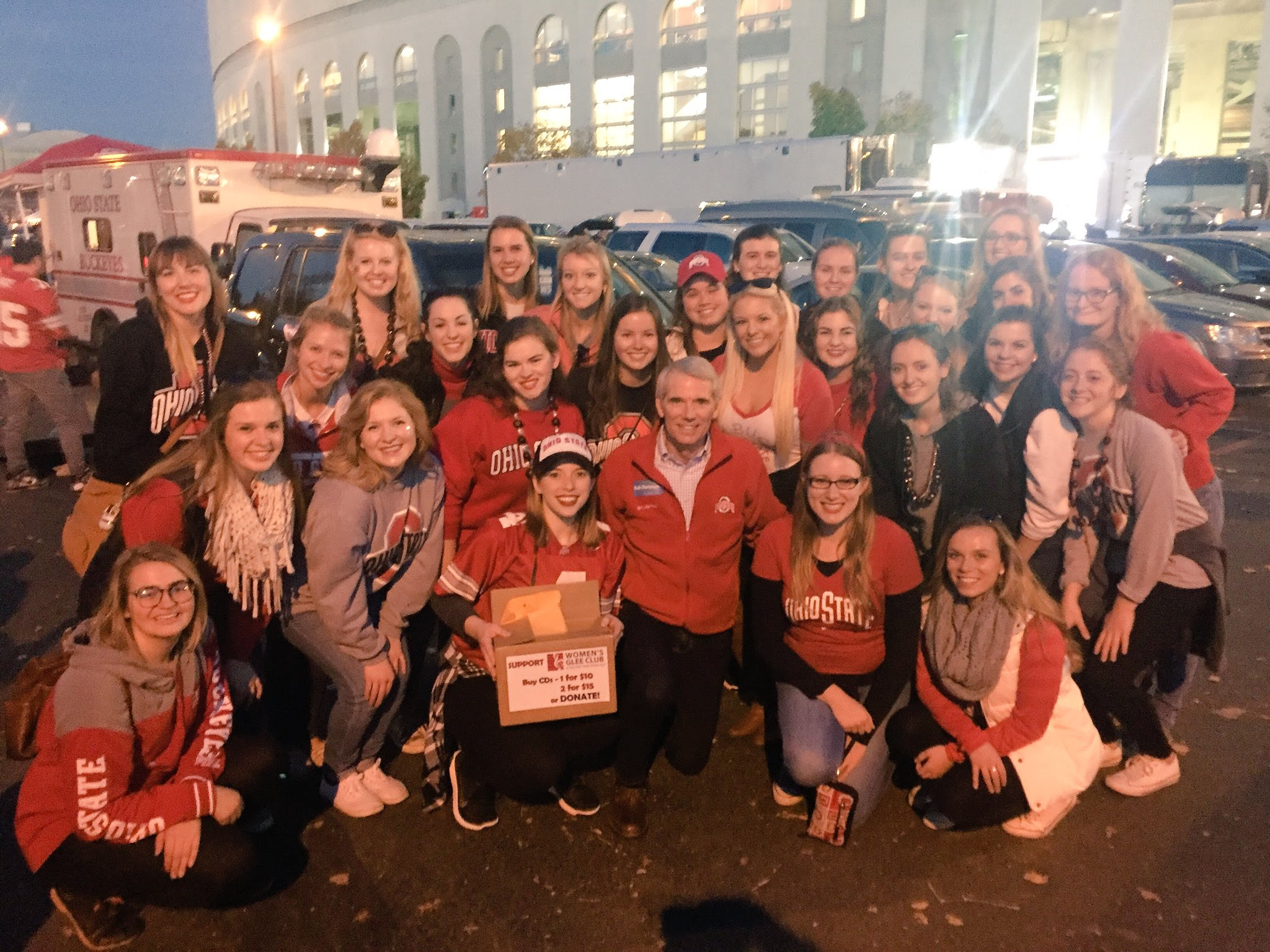