COLUMBUS, Ohio – This week, the Portman for Senate Campaign had an impressive week with its appearance in the Blue Ash Memorial Day Parade, the launch of the campaign's first television ads, the endorsement of the United Mine Workers of America (UMWA), and the launch of its Hispanic Leadership Council.

Meanwhile, Ted Strickland wasn't seen at a public event this week but faced headlines about the "political blow" he suffered yesterday when the UMWA endorsed Rob Portman for his leadership protecting Ohio’s coal jobs. Notably, Ted Strickland was endorsed by the UMWA in 2006 and 2010 while running for governor. In addition, Dayton-area outlets covered Ted's lack of leadership with regards to NCR leaving Ohio seven years ago this week. 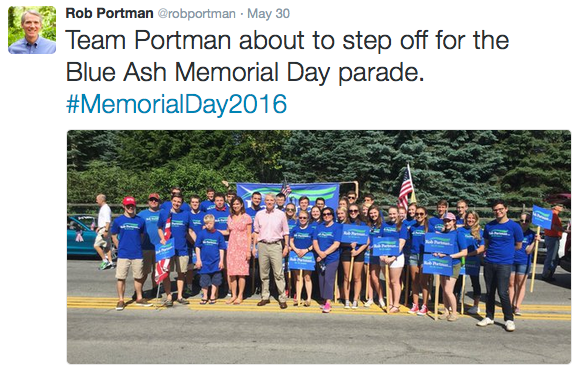 Tuesday, May 31st:
Portman for Senate released its first television ads highlighting Rob Portman’s fight against the prescription drug and heroin epidemic gripping Ohio families. You may click the videos below to watch “Wildfire," "Tyler," and "Gina."

Thursday, June 2nd:
The Portman for Senate Campaign announced that the UMWA National Council of Coal Miners Political Action Committee (COMPAC) endorsed Rob Portman for reelection to the U.S. Senate. The Mine Workers endorsement is an important recognition of Rob Portman's leadership protecting Ohio’s coal jobs, and comes as a major blow to Ted Strickland who was endorsed by COMPAC in 2006 and 2010while running for governor. The endorsement generated these stories:

Meanwhile, in other news: 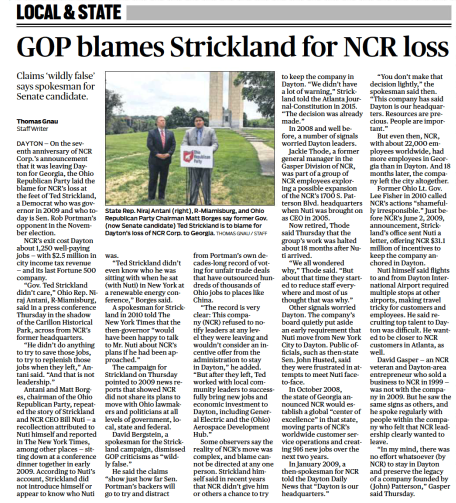 Friday, June 3rd:
Portman for Senate announced the launch of its sixth coalition with the addition of the Hispanic Leadership Council. Chaired by NFL Hall of Famer Anthony Muñoz of Cincinnati with co-chairs Juan Jose Perez of Columbus, Donna Alvarado of Granville and Bernie Moreno of Cleveland, the group will advise Rob Portman on issues impacting the Hispanic community and spread the word about Portman’s efforts to create jobs and opportunity for all Ohioans.

You may click HERE or on the video below to hear more from Anthony Muñoz.