COLUMBUS, Ohio – Yesterday, Rob wrapped up a successful day six of his "Countdown to Victory" RV tour making stops in Findlay and Springfield. The RV tour is certainly off to an impressive start having already made stops in Columbus, Brecksville, Toledo, Akron, Dayton, Canton, West Chester, Athens, Terrace Park, Athens, Marietta, Uhrichsville, Carrollton, and Akron. The stops have included meetings with members of our campaign's seven coalitions, union members who have endorsed Rob, and thousands of volunteers who - just like all major Ohio newspapers - agree Ohio can't afford to go back to the days of Ted Strickland's Ohio. In total, Rob's “Countdown to Victory” RV Tour will make 80 stops across 35 counties and cover over 4,000 miles.

Here is a review of day six of Rob's "Countdown to Victory" RV Tour: 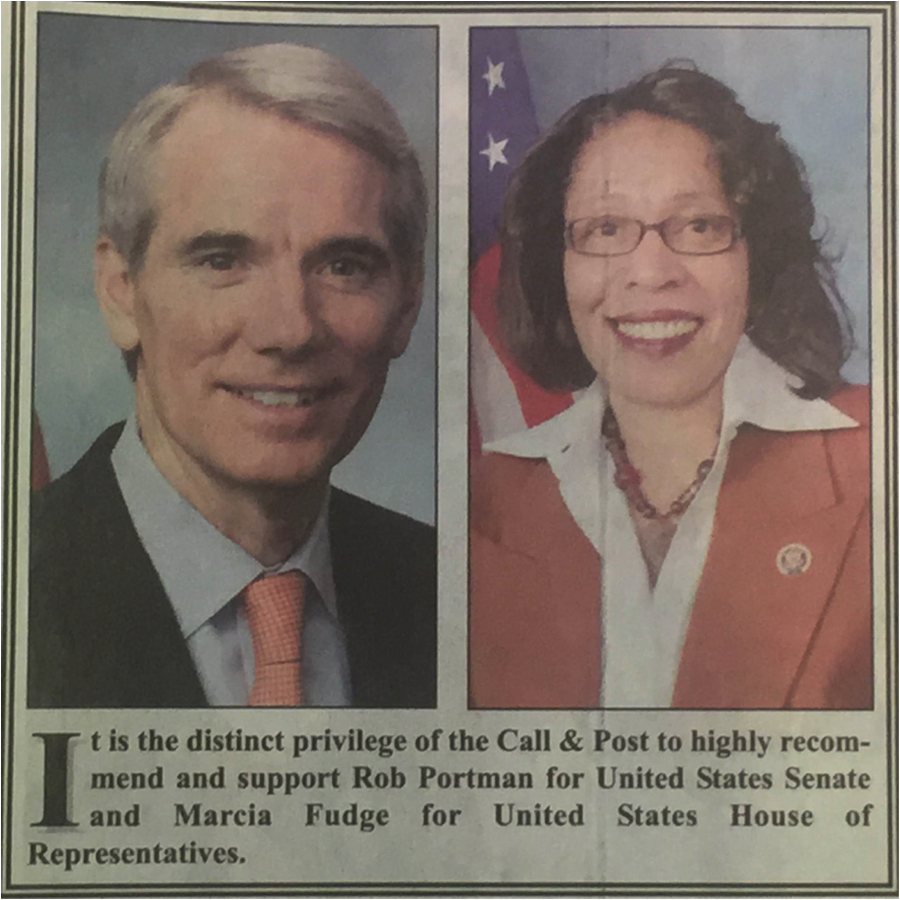 Meanwhile, Lima News reported on Rob's trip to Lima's Joint Systems Manufacturing Center (JSMC) where he was joined by Senator Sherrod Brown, Congressman Jim Jordan, and the Under Secretary of the Army Patrick J. Murphy. Here is what the Lima News had to say:

...Murphy was able to see the upgrades being made to the M1 Abrams battle tank, which Portman said will continue “at a higher level” for the next several years. He also viewed the production of armored vehicles the JSMC sells to foreign countries, such as Morocco, Israel and Egypt...

"This is really exciting for the plant and its future,” Portman said. “As we look forward, we think this plant will continue to provide an essential and unique national security mission. But it will also continue to help the economy here.”

...In December 2015, Portman announced that he helped secure $371 million in funding to support research, development and procurement of 81 Stryker vehicles with an upgraded weapon system, with some of the work being done at the JSMC. Previously, in June 2015, a Portman-authored amendment to authorize the $371 million was passed as part of the National Defense Authorization Act...

Following his visit to Lima, Rob made his first stop of the day on his "Countdown to Victory" RV tour at the University of Findlay to meet with College Republicans. These students have been an instrumental part of the Students for Portman Coalition, which is organized on more than 30 college and university campuses and over 200 high schools. The coalition continues to be an important part of the campaign moving forward, including earlier this week, when hundreds of students supporting Rob distributed 115,000 flyers on over 30 campuses contrasting Rob's fight to help students with Ted's record of failure for Ohio students. We're excited to work with these students to ensure that Rob’s message and record of delivering results for families continues to reach every corner of Ohio. 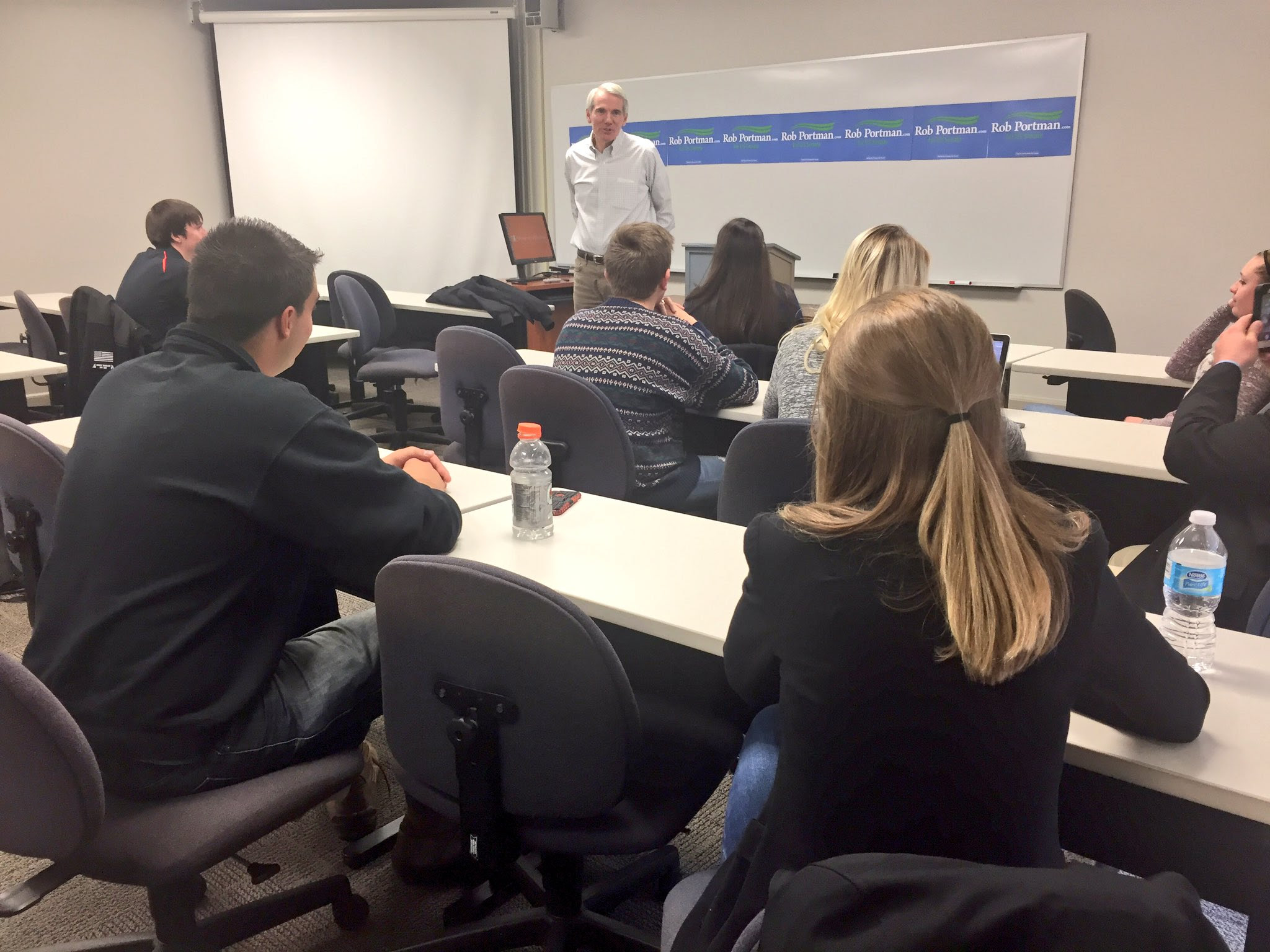 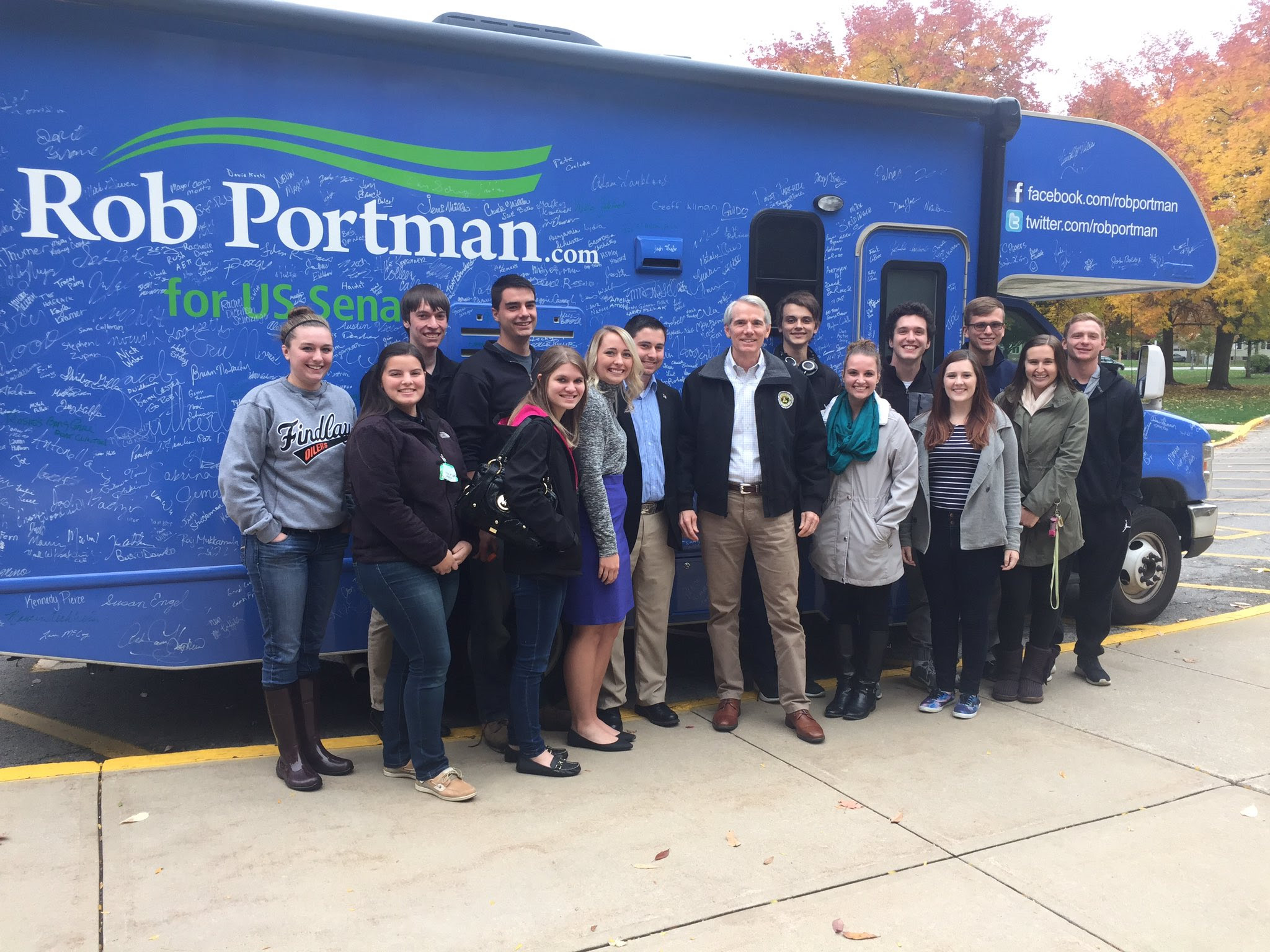 Following his event at the University of Findlay, Rob made his way to Clark County to meet with and thank supporters at the local GOP headquarters with less than two weeks until Election Day. 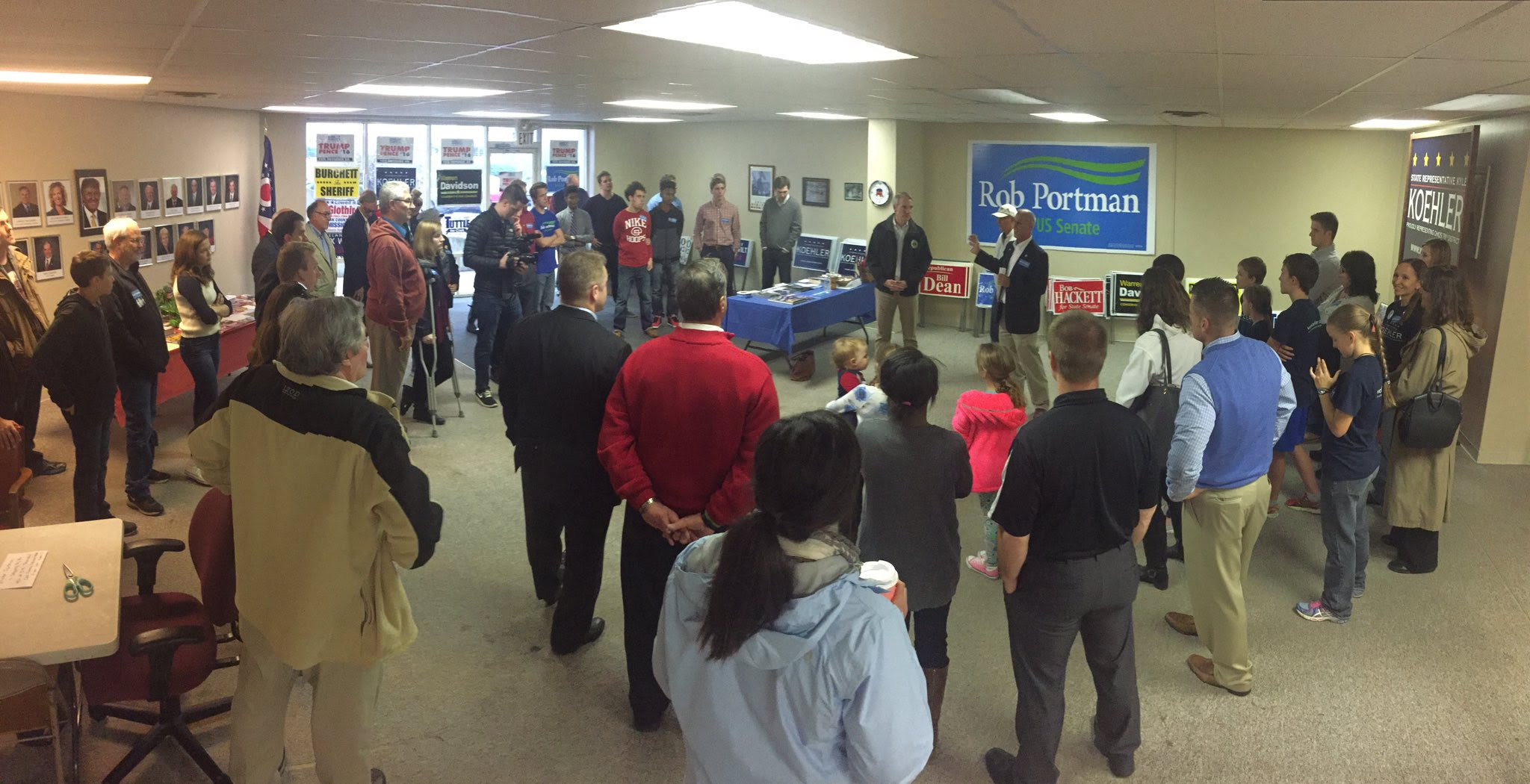 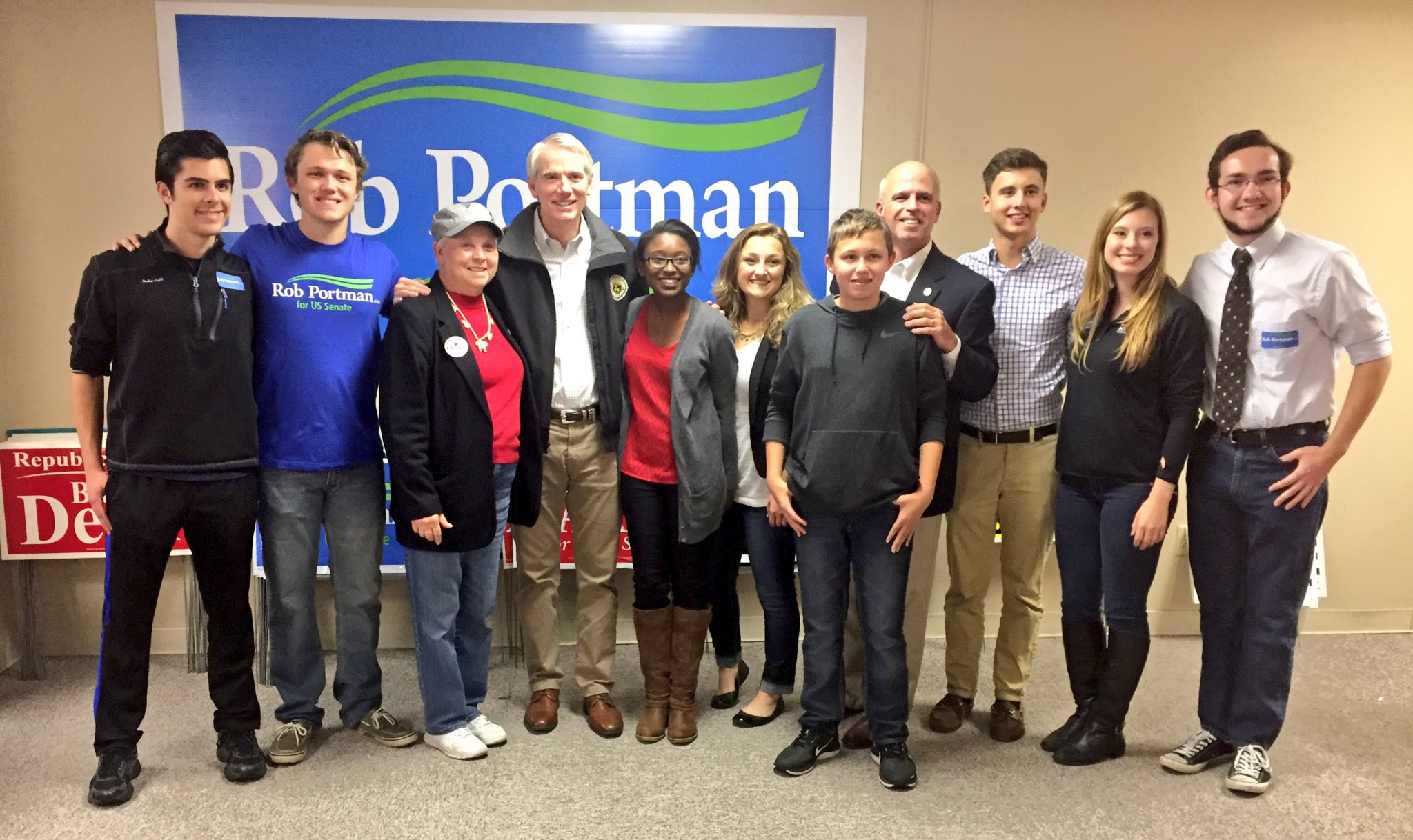 Finally, the Hispanic Business Roundtable Institute (HBRI) endorsed Rob Portman for U.S. Senate. The HBRI recognized Rob’s work within the Hispanic community and his record of fighting for pro-growth policies leading to better wages and more jobs saying, "We appreciate Senator Portman’s respect for the unique opportunities that are available to all Americans – and to Hispanics in particular – through small-business ownership."